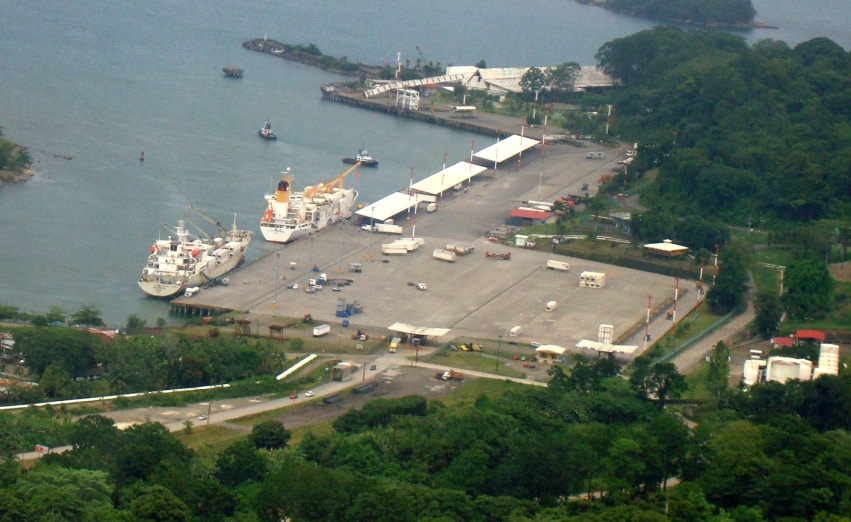 The National Technical Secretariat of the Environment Ministry (SETENA) has reviewed the entire 3,000-page report issued by port authorities and is now in the last stage of collecting additional information from experts. But the lengthy process has already delayed construction, originally slated to begin in September.

“This is the largest project SETENA, in its entire 10 years, has ever reviewed,” Uriel Juárez, SETENA’s secretary general, told The Tico Times. “We have a great responsibility to make sure that the answer we give is the right one, and that takes time.”

Although executives with the port’s builder and management company, APM Terminals, are optimistic the project will move forward, environmental activists have issued reports of their own, urging SETENA to reject the environmental permit.

If those efforts fail, construction would begin in February with SETENA’s approval. The project would expand and update Costa Rica’s main Caribbean port, enabling it to receive the giant post-Panamax ships that can hold up to 12,000 containers at a time.

Environmental approval is the last potential stumbling block for the 33-year concession to APM Terminals. The Dutch company has already swatted away lawsuits from the unions, with the courts rejecting two cases in August of last year. Though the unions have appealed, the more imminent threat now comes from a coalition of three environmentalists.

“This is an extremely complicated project environmentally,” Mauricio Álvarez, an opponent of port expansion, told The Tico Times. “The report presented does not consider other scenarios in other surrounding areas.”

Álvarez, president of Costa Rica’s Ecologist Federation (FECON), along with Álvaro Sagot, a well-known environmental lawyer, and Allan Astorga, an environmental consultant, presented a petition to SETENA in September highlighting 27 points of the port’s environmental evaluation that they say violate regulations.

According to the environmentalists, APM Terminal’s environmental impact report has shortcomings that violate Costa Rican laws. For Sagot, the most glaring threats include the potential contamination of a nearby aqueduct, damage to wetlands from the construction of an access road and prolonged or permanent pollution.

Though it has met challenges from unions and environmentalists, the port’s expansion is widely supported by both politicians and development groups eager to solve the economic woes of Limón, the country’s poorest province.

The port’s construction will create 400-700 direct jobs, and another 400 people will be needed to operate the port in its initial stages. Some 300 additional jobs will be added over time. APM Terminals also estimates that at least 5,000 indirect jobs will be created.

“More important than the direct jobs is that a modern, deep port provides huge confidence for foreign and local investment,” Gallie said. “If Costa Rica does not remain competitive in the international market, people will go elsewhere.”

Failure to update its infrastructure has left Costa Rica struggling in terms of development in the region. According to the World Economic Forum’s 2012-2013 report, Costa Rica ranks 140th of 144 countries in port infrastructure, putting it behind several landlocked countries. Unreliable shipping could play a role in whether or not companies choose to invest here.

Still, in a province with both the highest unemployment and murder rates in the country, community leaders warn that the port is not a catchall solution.

“What we really need is investment. It’s not enough to just build a port,” Pablo Castillo, president of Limón’s Chamber of Commerce, Tourism and Industry, told The Tico Times. “We need all sorts of development, but the port is a start.”

And it’s a start that Costa Rican President Laura Chinchilla is eager to see get started. The president has been not-so-subtly hurrying SETENA along, calling the organization “an enormous bottleneck in many of the country’s development projects,” during a visit to Limón in August.

The political pressure is alarming to Sagot and other environmentalists who believe that it could affect SETENA’s decision.

“The government is hurrying it along when it is none of their concern,” Sagot said, of the port project. “SETENA is a technical entity. This is technical decision, not a political one.”

But the final step in SETENA’s process will be neither technical nor political. Once the entire environmental report is finished and analyzed, the potential environmental risks will be presented to the community in a public hearing, which Juárez is expecting to happen in November. Though it is unlikely that the hearing could sway SETENA’s final decision, it could lead to additional environmental restrictions and delay the process further.

“We need development but we are going to protect our values,” Castillo said. “We are Costa Rica, we are an environmental country, that is who we are.”