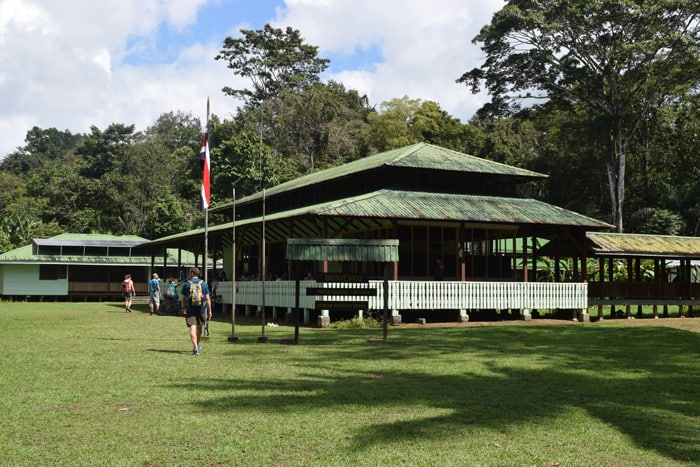 The Sirena station at Corcovado National Park was one of three updated sectors that received a $2.4 million investment from the government. (Karl Kahler/The Tico Times)

The Costa Rican government unveiled new installments in Corcovado National Park as part of a $2.4 million investment that officials say should help increase tourism numbers to the biodiverse jungle in the country’s Osa Peninsula.

Workers are building a new visitor’s center in the southernmost station of Leona. In addition, there will be new bathroom stalls, showers and water treatment tanks. Leona will also be equipped with picnic areas and an electric generator as part of the latest investment.

In addition to some of the new installments already mentioned, the Sirena station in the central coast section of Corcovado has received a camping platform and a common area for cooking and eating.

Authorities said the improved infrastructure should not only boost the number of tourists and help facilitate the work of park rangers, but it should also give more economic benefits to locals living around the national park.

“All of these works have to do with the efforts made by the Environment Ministry (MINAE) to better the conditions in our national parks,” said MINAE chief Edgar Gutiérrez. “We’re looking to increase the visitation and supply extra help to the people who live around these parks by bringing more tourism and more opportunities to their communities.”

Solís pointed out that his administration has continually emphasized the importance of Costa Rica’s national parks and especially Corcovado, which he said has received more than 5 billion colones ($8.9 million) in investments since Solís’ election in 2014. They are part of the Bank of International Development’s Sustainable Tourism Program, which has given some $25 million to various national parks in Costa Rica.

“When this administration took office the resources from the Bank of International Development that allow us to have these new installations today in Corcovado National Park were almost taken away from us because they basically hadn’t been used at all,” Solís said. “We then took up that commitment and have made great changes to benefit our conservation areas in order to bring in more international and national tourists, which can then improve conditions for the surrounding communities.”

Though Corcovado is made up of just under 48,000 hectares (about 185 square miles) of land and marine area combined, this gem in Costa Rica’s southwest corner accounts for 2.5 percent of the world’s biodiversity.

Among the wildlife found in Corcovado are jaguars, tapirs, pumas, giant anteaters, monkeys and macaws.