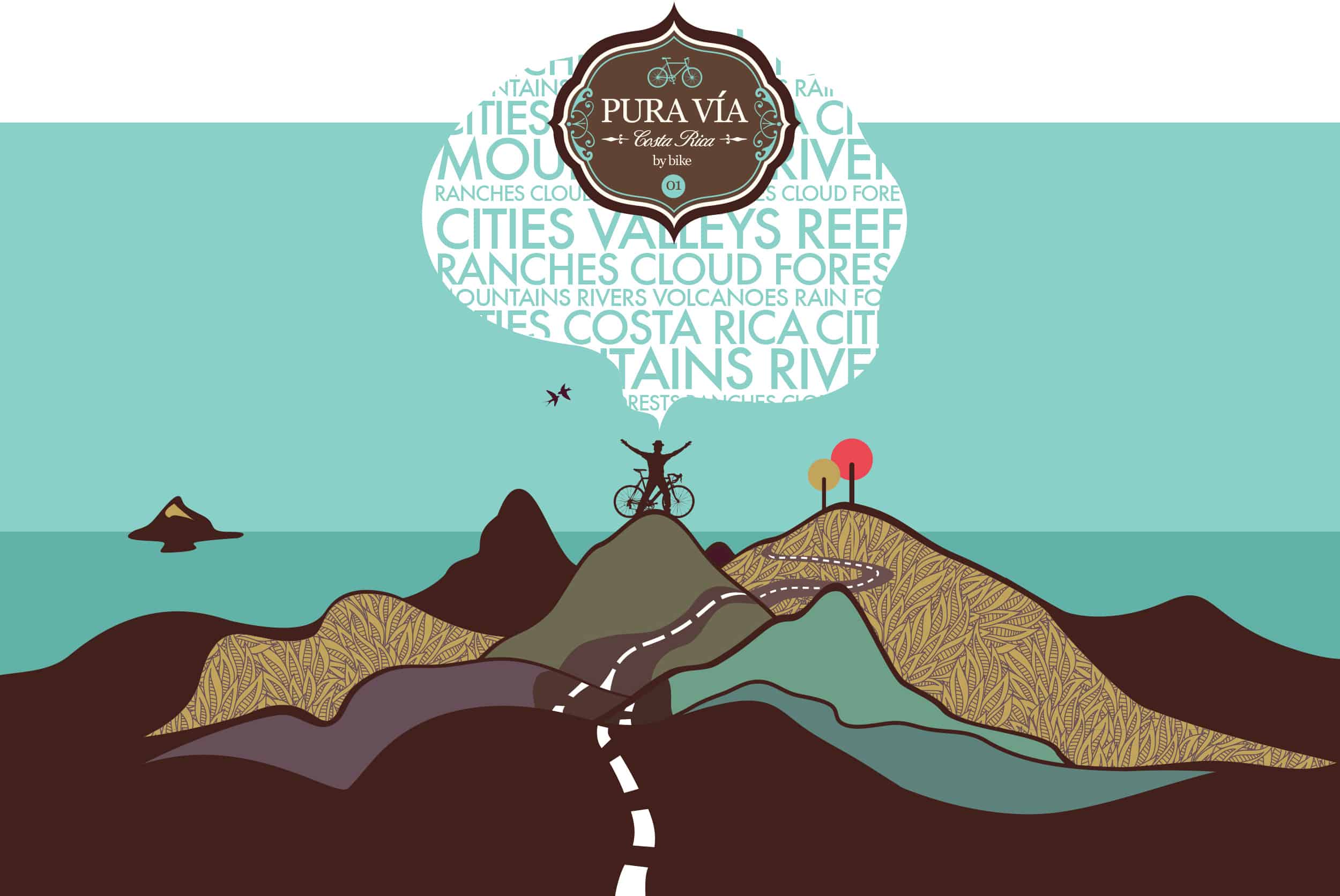 First in a series of 11 travelogues.

I should bike across Costa Rica.

It was a random idea, back in 2001. I was 21, fresh out of college, and it seemed reasonable. Costa Rica isn’t that “wide.” I had never visited, but I fancied the idea of biking among palm trees, staying in small towns, and dozing in hammocks. On paper, I liked Costa Rica and wanted to explore the country at 16 kilometers per hour. So why not?

For 13 years, the dream fermented. And then, a few months ago, I decided it was time.

As the toucan flies, Costa Rica is about 200 km from Caribbean to Pacific, or less than 150 miles. You can look at a map (as I did), and think, That doesn’t look too hard. I could bike that in three good riding days.

But if you’ve spent only a few hours in Costa Rica, you know that mountains, rivers, volcanoes and rain forest will always stand between you and your destination. Every road curves, and most roads curve epileptically. The landscape is corrugated and confusing, and even Ticos get lost in its natural labyrinths. The highways’ pavement is often pocked and potholed, and no amount of roadwork can make up for the rainy season. Shoulders barely exist. Bike paths are rare. Drivers are aggressive – not “crazy,” as expats would have you believe – but definitely cavalier. Like Tico Time, mileage in Costa Rica is an experiment in quantum physics.

That’s why I wanted to do it, of course. People say Costa Rica is “small,” but it packs a lot in. This country overflows with cities, valleys, reefs, ranches, and cloud forests. Each hamlet is different from its neighbors, and the culture in Limón (for example) contrasts sharply with the culture of Cañas. Back in 2001, I didn’t really know the layout. I knew nothing of Turrialba or Montezuma. They were just names on a map.

Now I know a lot more about Costa Rica, but I wanted to fill in the blanks. For a foreigner, there’s a great deal of terra incognita between those coasts, and a bike seemed like a great way to see it.

“You’re more than a little crazy,” said my boss, Jonathan, when I first proposed the idea. “It’s ludicrous – unless you’re a wild man like yourself.”

He also pointed out that people do this all the time: Some of the fittest athletes in the world descend on Costa Rica every year and crisscross the country in masochistic races. Aside from the regular old 100-mile “bike challenge,” truly ambitious cyclists can try to conquer La Ruta de los Conquistadores, considered one of the hardest bike races of all time. Compared to those guys, I might as well buy a bus ticket and nap my way across Costa Rica.

But I am a little wild, and I love cross-country cycling. For me, pedaling my way across a territory is a kind of pilgrimage. It’s my favorite method of getting to know a place. One of the wisest wheelmen of all time was (of all people) Ernest Hemingway, who said: “It is by riding a bicycle that you learn the contours of a country best.” Ernest was referring to literal contours, but I think a bicycle guides people through more than hills and valleys.

“Well,” I replied, preparing my well-rehearsed quip, “it’s a fast way to cross a continent.”

This comment rarely earned more than a smile, especially among friends back in the U.S., many of whom still believe that Costa Rica is an island.

Here’s a correction, though: I didn’t want to bike 240 kilometers. That would be lame. Instead, I planned to bike from Puerto Viejo, in the southeast corner, to Playas del Coco, in the northwest corner – a diagonal cross-section of Costa Rica. The distance is a little more than 450 kilometers, or about 300 road miles. It’s not light years, but it’s definitely the long way.

Pura Vía is an 11-part travel series about biking across Costa Rica. Check out the next episode on Aug. 20.