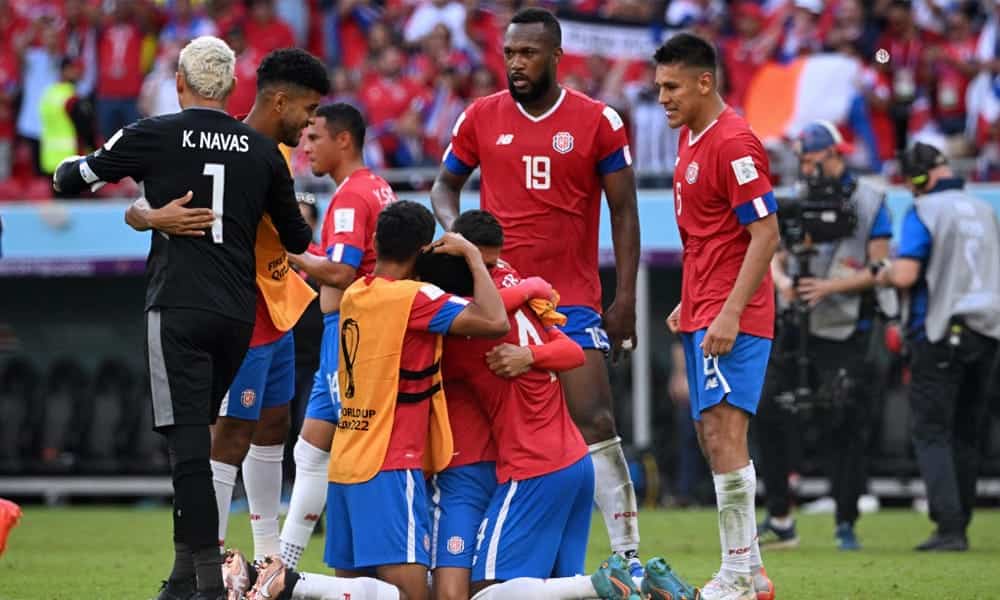 The bottom two sides in the group prepare for a mouthwatering encounter for qualification on Thursday, as Costa Rica faces Germany at the Al Bayt Stadium.

Los Ticos go into the tie knowing that a victory would see them progress to the round of 32. And even a draw would be enough if Spain beat Japan in the other fixture.

La Sele was the first Concacaf nation to secure a win at this tournament (small victories) when they beat Japan on Sunday 1-0.

And quite the turnaround from the opening 7-0 defeat against Spain last week. La Sele refused to let the seven-goal mauling affect them and showed great character and mentality to come back and beat Japan. More of the same is needed against the four-time World Cup winners.

Germany are currently at the bottom of the group with 1 point. Due to a 2-1 defeat in the opening match, followed by a 1-1 draw with Spain on Sunday. And they must win against Los Ticos and hope other results go their way to progress. This is a true winner takes all contest.

Expect a similar Costa Rican line-up and formation to the side that defeated Japan, but without Francisco Calvo, who will serve a suspension after picking up 2 bookings in the tournament. A huge loss for the side’s arguably best defender.

Youngster Daniel Chacon strengthened the backline in the dying moments of the last game, but the experience of Juan Pablo Vargas may be preferred against the Germans in a five-man defense. Especially considering the left-footed Calvo gives the side crucial balance on the left side of the defense, and Vargas is also left-footed, allowing for an identical balance in the backline.

For Germany, Lukas Klostermann, Leroy Sané, and Niclas Füllkrug are all pushing to start after coming on from the bench against Spain. And despite their poor start to the tournament, they still possess several various world-class players such as Thomas Müller, captain Manuel Neuer, and İlkay Gündoğan amongst many others.

Past results are not on Los Tico’s side; they have won just one of their last 11 games against European sides. And their only previous encounter with Germany at the 2006 World Cup ended in a 4-2 defeat. Let’s hope history doesn’t repeat itself on Thursday, and Costa Rica can come away with a historic result.