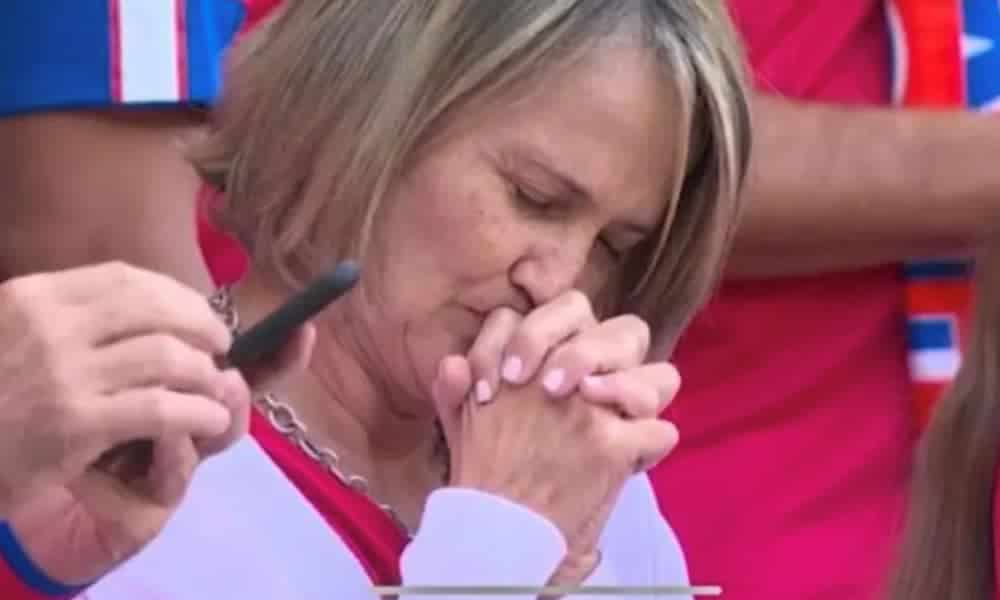 Costa Rican Sonia Rodríguez went viral after cameras showed her praying in the stands at the game against Japan.

The 60-year-old is in Qatar supporting La Sele with her husband, Róger González.

“I’m not that much of a soccer fan; it’s more of a passion between my husband and my friends. I enjoy it, I like it, but I’m the one who prays as they tell me,” she said while laughing.

After what seemed like a miraculous win, Costa Ricans burst with joy and turned their attention to the woman whose gesture represented every Tico.

Glenda Umaña, a famous Costa Rican journalist who has worked for CNN en Español, was one of the first to want to talk to Sonia because she felt identified with her.

“I am a faithful believer in God and the Virgin. I prayed during the whole match. But especially after we scored the goal. The truth is that I didn’t watch the last part of the game because I was asking God and the Virgin for the game to be over”, said Sonia in an interview with Umaña.

After a 7-0 humiliation against Spain, no one believed Costa Rica would beat Japan. Truly, Ticos were praying for a miracle, which is why they resonated with Sonia Rodriguez.

“We must persevere to move forward. The defeat was very hard for us, but we had to jump back up. Whenever you fall, you always must get up again,” stated Sonia.

Videos and memes popped up on Costa Rican social media pages, where Ticos thanked Rodríguez for praying and mentioned they had been doing the same thing.

“I never imagined that my image in the stadium would cause such a fuss. I was praying the whole game and almost didn’t see it,” commented the Tica.

“We’re going to pray hard for the next game, too!” added Sonia with a smile.

On Thursday, Los Ticos will face Germany for a chance to go through to the next round of the World Cup. Prayers, good vibes, and the strength of a whole country will be needed so that the players can stun the world once again.