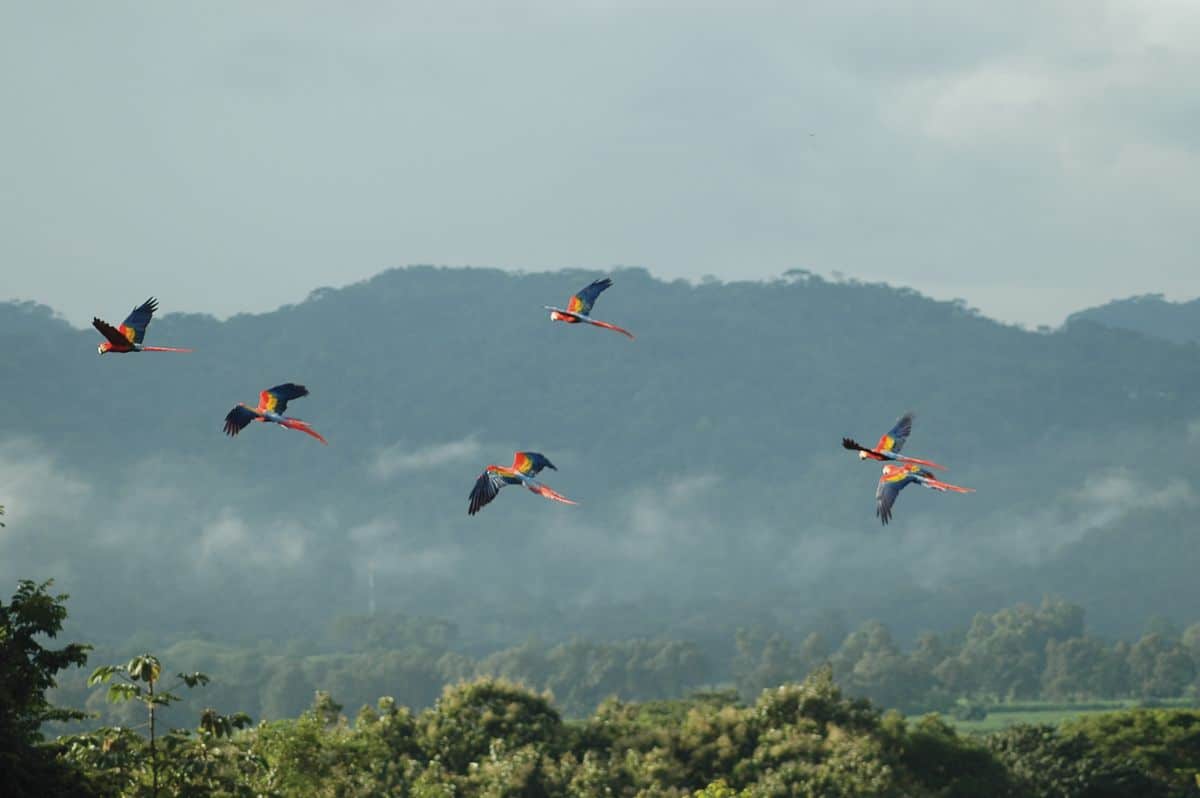 As you head out for your day-offs from the city many will stop for a quick look out over the famous crocodile bridge of Tarcoles.  The infamous crocodiles can almost always be found basking out in the Costa Rica sun along the shores of the Rio Tarcoles. But did you know that this favorite attraction is actually the northern border of the Carara National Park and only a few kilometers away you can find its entrance?

One of the special features of Carara National Park is the universal trail which is accessible to those that may need assistance in their mobility. It provides an opportunity for all to explore the jungles of Costa Rica. Wheelchairs and strollers can move easily through this trail without issues thanks to the structured flat and stable paths that have been created.

The park has gone a step further to ensure it is accessible to everyone by including braille signage on the universal trail. It is inclusive for everyone in the family to experience the raw beauty that the park has to offer.

Carara National Park has added signage with the name, photo, and information about some of the trees, plants, and flowers in the park to help identify what thrives before you. Like the mysterious shrub cafecillo throughout one of the trails which is a plant that only grows in the Central Pacific Lowlands.

There are several other trails that branch throughout Carara National Park that will take you onto terrain carved through the towering jungle. Standing small against the giants of the forest gives you a true perspective of how beautiful the country’s landscape and park are.

The interesting fungi are abstract works of colorful art popping out amongst the shades of green. You will encounter the soaring high ficus trees sprawling meters across and Wild Cashew trees who thrive in the tropical dry forest.

Scarlet Macaws and Other Wildlife

The sounds will captivate you as you walk along with the monkeys high above but it is the squawks of the scarlet macaws which define this park. Although endangered, it is here where you can find an abundance of scarlet macaws, and you will most likely hear their distinctive squawks before spotting them. They have become the famous inhabitants of the park with one of the largest populations in Costa Rica.

Carara National Park is one of such biodiversity with the flora and fauna of both the country’s tropical rain forest converging with tropical dry rain forest, creating a transition zone of rich beauty. There are at least 480 species of plants growing throughout.

This combination of ecosystems results in an ideal location for Costa Rica’s unique birdlife flourishing in the humid climate of the forests. It is one of the best and most well-known locations in the country to birdwatch with 420 species being documented.

A guide can be hired to help you find all the birds hidden in the lush tropical trails like the several species of trogon with black-headed trogons and slaty-tailed trogons, motmots, jacamars, and toucans.

It can be difficult if you aren’t sure what you are looking for or where to spot them, just because some are so brilliantly colored it can’t always be easy to find them in the dense canopies of the sprawling forest.

It is the leafcutter ants working hard along the ground that you will run into more than other hikers and explorers if you start your day out early enough at Carara National Park. Something to remember is that getting there early always has its benefits. Although the majority of the trails are covered in the towering canopies above, it does get quite warm and humid hiking in the country’s heat.

The wildlife and birds may be easier to spot in the early mornings before other visitors take to the trails and life is without disruption. It isn’t just a protected paradise for birdlife but wildlife as well with 112 species of mammals with favorites like sloths, white-faced capuchin monkeys, armadillos, deer, and squirrels living within. Rio Tarcoles river basin is also protected by the national park.

During the rainy season’s months of September and October, one of the trails in the park does close. With the trail’s warning of crocodiles, and its marshes and lagoons the rains do cause flooding lying along the Rio Tarcoles and Laguna Meandrica trail closes as a result. Be sure to find out at the ranger station if this trail is open during your visit in the rainy season as the other months are dependent on the rains.

Carara National Park is a bit less in price in comparison to other destinations and is $10 for adult foreigners and $5 for children. Entrance for nationals is only 1,000 colones and children are 500 colones. If you are over 65 remember to bring your cedula in order to enter for free. The hours of operation do differ between the seasons.

During the dry season of December to April the park is open from 7 am until 4 pm every day of the week. During the rainy season, hours change to 8 am until 4 pm daily. The ranger station does typically close over the lunch hour so be sure to factor this into your plans.

Just a short drive from San Jose an escape out to the central Pacific Coast doesn’t only have to be about sunny beach days. Exploring Carara National Park takes you through the transitions of forests in natural protected landscapes. With crocodiles, giant jungle trees, monkeys, and vibrant scarlet macaws it makes sense why it has become such a loved and popular national park.