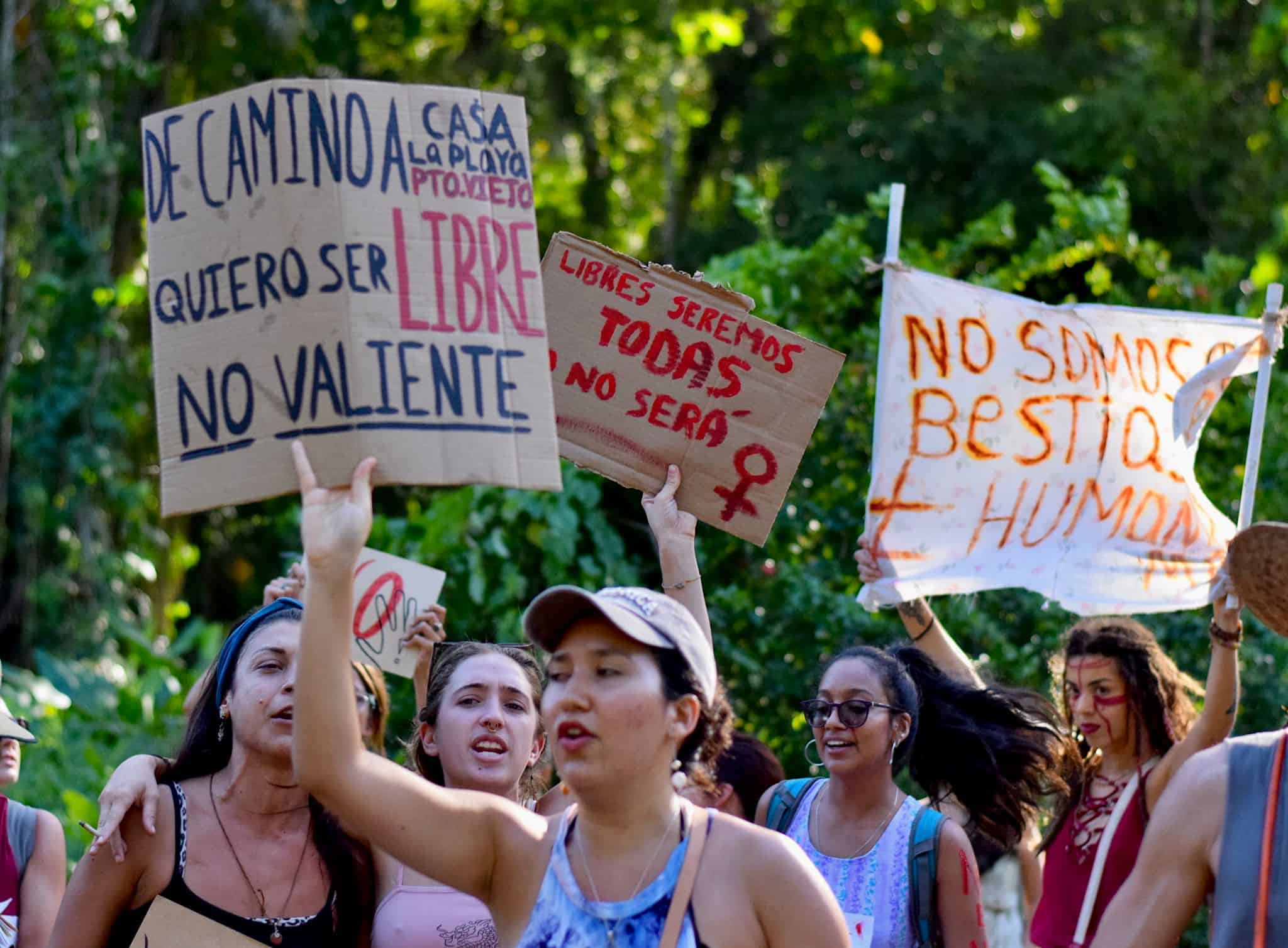 More than 200 women protested Thursday in San Jose against acts of violence against women, such as the recent sexual assault suffered by a 20-year-old Danish tourist in the Caribbean town of Puerto Viejo according to Agence France Presse

“The women of this country say no to macho and patriarchal violence that violates our rights (…). That is why today our voice is raised, for all those who can no longer be here,” said Maria Fernanda Quesada, one of the demonstrators.

“There are women who have already been killed and are no longer with us”, added Quesada during the activity, called by a collective called ‘Brujas Feministas CR’ (Feminist Witches CR).

With banners and flags, the demonstrators, mostly dressed in purple -associated with the feminist struggle-, marched through the streets of San José, stopping in front of the headquarters of Congress and the Supreme Court of Justice.

“Ni una menos, vivas nos queremos!” and “don’t be indifferent!” they chanted. One of the banners read, “Being alive should not be an achievement.”

At the same time, another group called Unidas Talamanca spoke out in Puerto Viejo, where the young Danish woman, whose name was not revealed, was sexually assaulted by several men – still unidentified – on the night of January 5 on a beach in the town, after boarding an informal transport vehicle.

According to the Observatory of Gender Violence against Women, part of the Judiciary, in 2020 there were 8,941 complaints of sexual crimes against women. Data for 2021 have not yet been published. In 2021 there were 13 murders that were already judged as femicides and another 37 are still under investigation. In 2020 there were 28 confirmed femicides.