How to Write a Costa Rican Novel 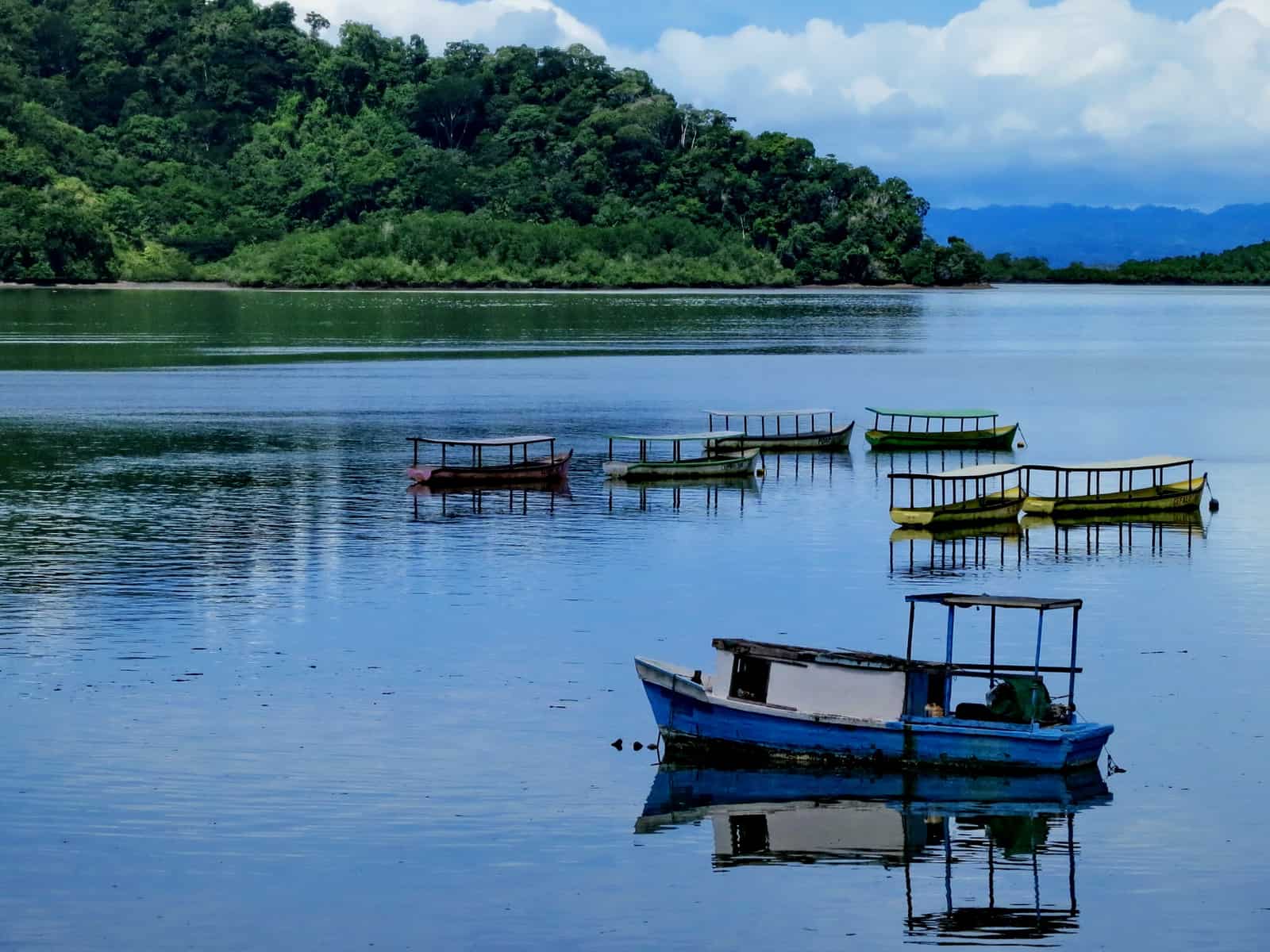 My first trip to Costa Rica was not of my own design. At least not initially.

At the time I was a freelance location scout going from job to job, searching for locations to shoot movies, television shows, and commercials. I was also an unpublished writer working on my first book. At this stage the two pursuits – sitting alone at a keyboard some of the time, and other times working with ever-changing groups of creative people on film projects – did not appear to overlap.

I thought of my disparate roles as Jekyll and Hyde, though I wasn’t sure which was which. Sometimes the independent scout, looking for ways into a property or access to a certain vantage point (putting pictures ahead of permission) could seem like the criminal Hyde. At other times the lone fiction writer, his unfettered mind roaming into dark places, would seem more like the insane half of a split personality.

I got a call from Los Angeles and was hired to explore certain regions of Costa Rica for a coffee commercial. I live in Miami so I flew directly to San Jose, rented a car, and began to investigate coffee plantations and volcanos.

This was the part of a film job I enjoyed most, just me out in the world roaming around to take photographs, expenses paid, with none of the film crew yet arrived. Once the director, producer, production designer, director of photography, and filming crew (and in the case of commercials: the ad agency reps and the client) showed up, my responsibilities changed.

The job became more about management, getting permissions and permits and working out logistical matters such as geographical directions and access, physically getting the group and its gear to real places which so far had only been seen in photographs FedExed to Los Angeles.

In the next phase the locations were group-scouted and picked, then a schedule was made, the job was shot and wrapped in a week or so. We had a final dinner, the crew members toasted a job well done and began to discuss the next job back at home. By this time I had seen enough of Costa Rica to know that I needed to see more. Quite a bit more.

I thought to myself, What’s the rush? I have an open airline ticket. Who knew when I’d have a chance to get down here again? Why not explore this beautiful country right now? So yeah, Adiós amigos, I said. I’ll be sticking around.

At this point the two parts of my working personality began to merge. A coffee company and a director I’d worked with before had gotten me here. I had some fresh cash in my pocket and open time in front of me. I had the freedom of the freelance worker, the solo explorer. Now the schedule and the route were mine to plan. The photos I took and the notes I made would be for the other me, the unknown novelist.

It can take a while for ideas to percolate and coalesce into a story. I loved exploring Costa Rica on that first trip, which morphed from an advertising job, a television commercial that took about three weeks to scout and shoot, into another four weeks of travel from east to west, north to south, Atlantic to Pacific, Tortuguero to Osa.

At the end I was grateful for the opportunities provided by chance. I had seen great natural beauty and met wonderful people. I had a few writing ideas that would sit in a notebook and the recesses of my brain for years. I thought of a story about house squatters in a remote location, another one about a collector of animal skulls, prompted by a display I’d seen in Corcovado. For me, a story starts with a single phrase, an idea, or an image. Sometimes they don’t lead anywhere else. And sometimes they do, even much later.

In the meantime other writings came first, short stories and novellas, and more movies and commercials were scouted and managed. Jekyll and Hyde worked together as best they could. I was taken on by a prestigious literary agency in New York. And then dropped a year later. The DIY publishing world progressed. My first novel was published. I traveled to other countries for work and pleasure. And Costa Rica stayed in my mind.

A few years ago a friend invited my wife and I to visit her in Uvita. We made a relatively quick trip in May, hiked and kayaked and listened to the afternoon rains. I grew more interested in the southern Pacific region. At a restaurant on our last night I had an idea for a story that felt like a novel. Two girls die in a fire. Why? I didn’t know. Then I saw a man at another table who became the physical model for my investigator.

I worked on the novel between film jobs for a couple of years. I had written what felt like half a book when I realized I would need to return to Costa Rica for more research.

This time I went down in mid July. I saw humpback whales without expecting or planning to. I mapped out the geography where almost the entire story takes place. I took notes and photographs. At home I resumed work on the book and then stopped to work on a movie, Bad Boys For Life, for many months. Life intercedes. Time flows and new events turn your head and time keeps flowing. To complete a long term project you must hang on to the thread that is already woven. Pull yourself back into the story. Two thirds done means one third to go.

The pandemic struck. Film production stopped like everything else. I was doing a print job for clients from Paris. They bolted home just before the lockdown. For me, the lockdown was perfect for finishing a novel. Writing is its own lockdown anyway. Nothing writes itself.

My goal was to get the book out before the end of 2020. It happened.

The novel is called The Path of the Tapir. Here’s one way to describe it.

Two fun-loving American girls on holiday – in the midst of their goodtime activities – meet a provocative expat and decide to undertake an environmental adventure, make a statement they feel will turn their vacation into something more meaningful than a collection of recreational selfies, tropical parties, and surfing memories.

Things go wrong, as the reader discovers on the first page. From there, the story follows two timelines, the current investigation into what happened, interwoven with the recent past which follows the girls to their untimely end.

The inquiry, focused on finding the missing male expat, is lead by an unassuming middle-aged investigator motivated by professionalism and curiosity. He’s thrown off his game by the appearance of a disturbing mercenary whose actions were put in motion by a parent’s grief and the need to assign blame, with the goal of delivering vigilante justice, an eye for an eye. The ensuing conflict of missions and methods creates the tension that moves the story to its conclusion.

And though this book is done and I’ve moved on, I carry Costa Rica in my head and in my heart. Pura Vida!

Michael Jarvis was born on an air force base and traveled regularly, living as a child in Alabama, Texas, Ohio, Guam, Georgia, and England. He graduated from Florida International University with degrees in Fine Arts and English, and lives in Miami, scouting locations for various film projects and writing fiction.

The Path of the Tapir can be found at Amazon and various other sites listed on the author’s website: https://www.michaeljarvis.net/books/ 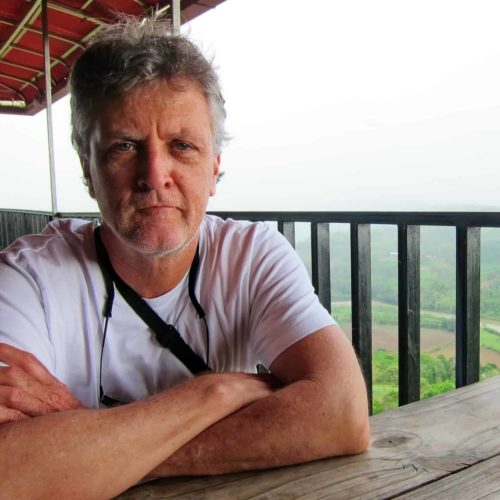