Costa Rica tallied more than $5.77 billion in exports over the first five months of 2021, a 23% increase over the same period last year.

This figure is largely explained by 41% growth in the precision and medical equipment sector, which represents the largest percentage of Costa Rica’s exports (35%).

“This increase is due to greater demand from markets such as the European Union and China, as well as the incorporation of new production lines,” the Presidency says.

The latter is “a consequence of a decrease in meat exports to North America and dairy exports to Central America,” the Presidency says.

“Having a presence in more than 130 countries with an offer of more than 4,000 products, many of them with international certifications that support them, has been the country’s letter of introduction before and during this time of pandemic,” said the Minister of Foreign Trade, Andrés Valenciano.

“Without a doubt, we are going to continue working from the foreign trade sector so that these numbers continue to grow and that more markets in the world know why a small country like Costa Rica continues to conquer the world.” 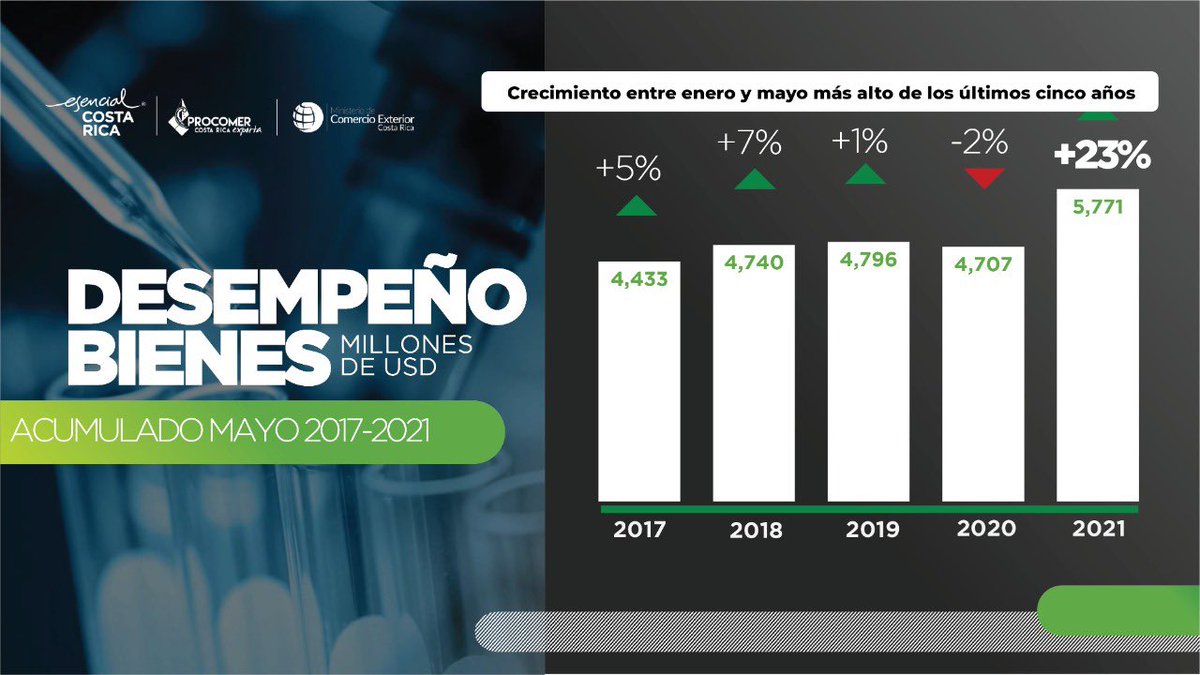 In 2019, Costa Rica’s largest export destination was the United States, followed by the Netherlands and Belgium, according to the Observatory of Economic Complexity. That year, Costa Rica’s top import was refined petroleum.

Despite the increase in exports, unemployment in Costa Rica remains high at 17.3%.