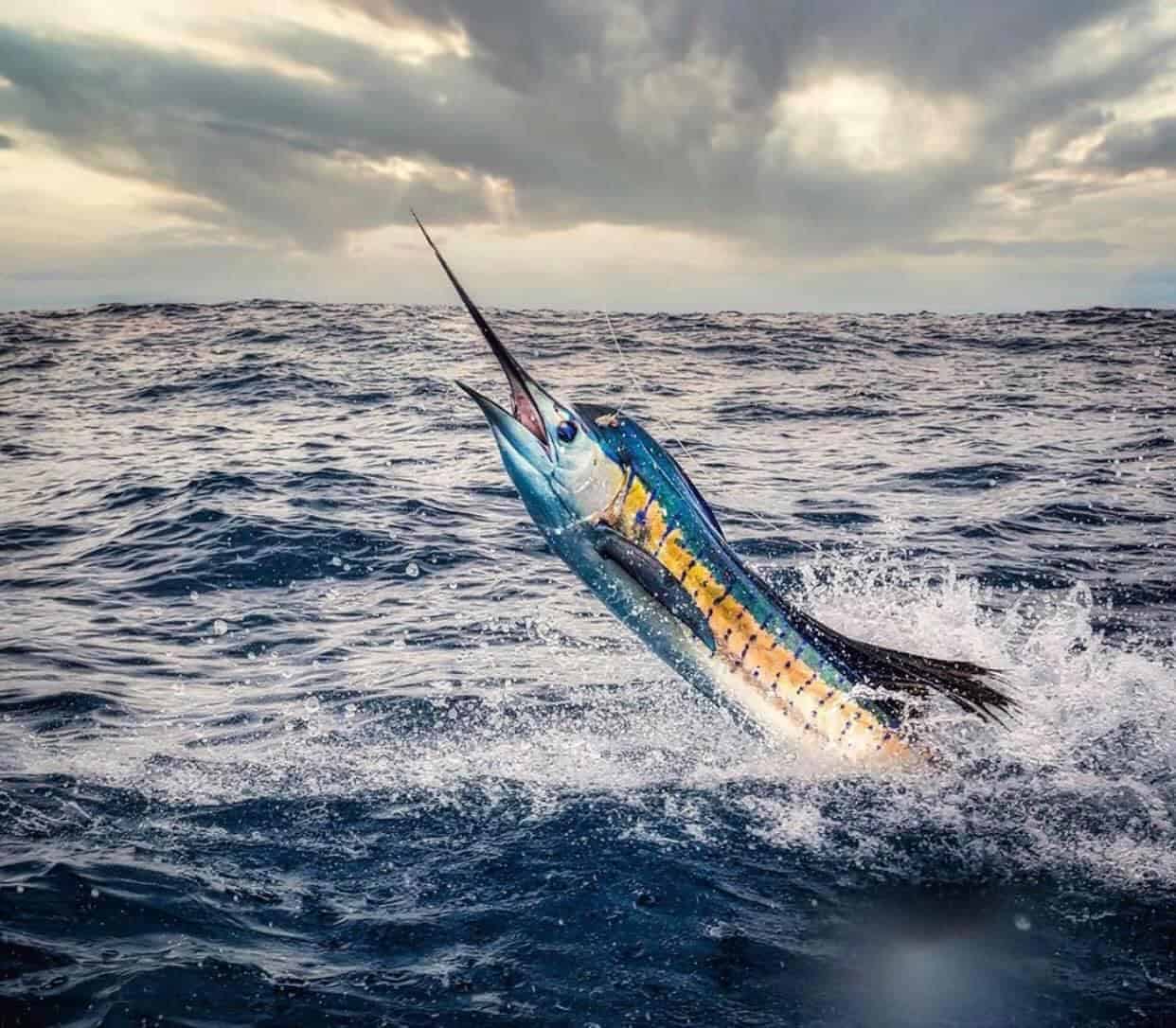 A crowd had gathered at hotel Corobici in San Jose anxiously awaiting the arrival of then Minister of Agriculture Jose Maria Figueres. Most of the crowd was from the fast growing tourist fishing industry. Everyone was in a celebratory mood. International sport fishing magazines had declared Costa Rica as the “Sailfish Capitol of the World,” and Fiqueres was to deliver a decree making sailfish the National Fish of Costa Rica and giving sailfish status as a catch and release only species.

The Minister’s arrival time came and went. “Tico Time,” many thought as it is customary not to be on time here, and arrive late. But more and more time passed and finally the crowd realized the Minister was not going to show and the decree never happened. It is hard to believe over 30 years have passed since that day.

A lot has happened in the last 30 years. Sport fishing tourism has grown to a $500 million annual boost to the Costa Rican economy supplying jobs to thousands of people from local coastal communities.  Four major marinas now operate on the Pacific side of the country with two more scheduled to open around the first of next year. That’s the good news.

The bad news. Sailfish landings in a catch and release activity are way down in Costa Rica and Guatemala is now known as the sailfish Capital of the World. Why? First, the tourism industry in Guatemala realizes the value of sport fishing to the economy and took steps to protect it by banning the commercialization of sailfish. Second. The amount of illegal and unregulated activity regarding Costa Rican sailfish in the commercial fishing sector has depleted the stocks. 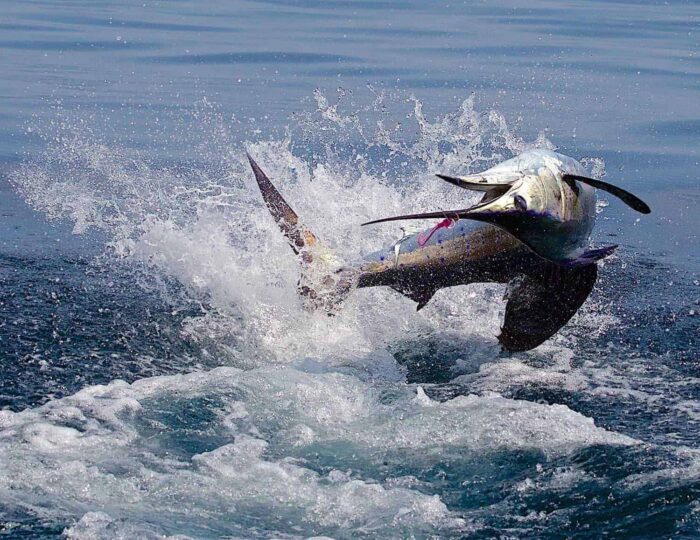 What exactly does that mean?

Nobody is really sure. It is more of a statement than anything else. Marlin are taken commercially and also exported to different countries. The exportation of sailfish was stopped in December 2008, but the commercialization on the National market is allowed. Commercially, all sailfish and marlins when landed alive must be released, but if the fish comes up dead, it can be brought to market. If the fish has a market value, you can guess how many are released.

Sailfish are a little more complicated. In the 2008 regulation to stop exporting sailfish, commercial fishermen were allowed to land an 8% “incidental catch” of sailfish, which means up to 8% of their total catch could be sailfish to be sold on the national market. It was later raised to 15%. Commercial fishermen land the sailfish in trunks, with the head, tail, and fins removed making the weight of 15% actually much higher in body count.

There is a whole list of regulations designed to insure a healthy stock of sailfish in our waters. Most are intentionally violated or ignored. More details of these can be found in a previous article in the Tico Times, March 18, edition (Illegal fishing kills Costa Rica marine life and tourism in Golfo Dulce and Southern Zone – (ticotimes.net))

INCOPESCA shall promote the practice and development of tourist fishing, in coordination with ICT and other interested sectors. It shall also veil that its staff receives the necessary training so it can comply with the proposed ends; it shall impulse the practice of liberating the species captured alive and establish the guidelines and norms that guarantee the sustainability of the priority species for this activity.

Dra. Marina Marrari conducted a study of sport fishing catches from 2014 when the tuna boats were moved out to 45 miles from shore to 2020. This is the area most sport and medium scale longliners operate. Of course tuna had the most significant difference, going from a rare to common catch by sport fishers. Dorado and marlin also showed a vast improvement. Sailfish on the other hand declined to the point where catches are 43% less in the Central part of Costa Rica and 63% less in southern Costa Rica. Marrari presented this to the President´s commission on Illegal and under reported fishing commission in which Vice Minister Monge was present.

Coast Guard. He asked for increased patrolling of fishing zone, illegal baits, and illegal fishing for bait in protected areas.

Senasa, the agency in charge of the quality of products for human consumption and the transportation of these product. Monge asked for better controls for the transportation in coordination with Incopesca and Police agencies as special permits are required to transport sailfish

Monge requested complete cooperation with Coast Guard and Senasa as well as requesting INCOPESCA to consider implementing a traceability system for the fishery products with due monitoring and auditing to combat illegal fishing.

Requested INCOPESCA to carry out a review in relation to the control of marking of buoys, use of circle hooks and review with the MOPT regarding the departure of fishing boats.

Requested INCOPESCA to assess the formation of a technical group to develop a reform related to regulations affecting sailfish and marlin fishing, with participation of MOPT, MINAE, SENASA, Port Authorities, Judicial Power among others that have competition.

Requested a space on the Board of Directors of INCOPESCA and in the Commission Scientific-Technical for FECOP to make same presentation they presented to President´s Commission on Illegal fishing.

All of this tied to Tuna Reform Law

You don’t know how many times I have heard longline fisherman say, “If the tuna boats

were not killing so many of our target fish, we would have no interest in sailfish.” Sailfish is not a money fish on the commercial market, having a very low commercial value but over 90% of fishing tourists come to fish catch and release for sailfish. It also supplies coastal communities with a huge opportunity of employment from the actual fishing to the thousands of jobs in the hospitality industry it supports.

Currently both sport fishing and medium scale long liners are required to fish within 40 miles of the coast. The tuna reform law which has been bouncing around in congress for the last two years has some provisions which could help ease that conflict. It is proposing to allow the commercial sector more fishing space allowing medium scale boats to fish out to 60 miles. It also is going to allow the artisanal fleet who have been limited to just 3 miles the right to fish out to 10 miles. This will create some competition amongst commercial groups.

The reform will also move the foreign tuna purse seine boats from 45 to 80 miles offshore. Most groups want to see them out a least 100 miles and more would be better. Since the 2014 they have moved most of their net set closer to shore than normal taking advantage of the recruitment of tuna in the protected area. The protected area is even working for them as their average net set went from 12 tons of tuna to nearly 20 since the tuna decree. There needs to be a bigger separation between the competing fleets to have the best management.

If it were at least 100 miles, the sectors could sit down with the government and come to agreement on sailfish issues. The long liners say with proper ocean management they can live without sailfish but the tourist charter industry lives or dies by a healthy population of sails.

I congratulate Vice Minister Monge for taking action when these issues has fallen on deaf ears for many other officials. Costa Rica has a great opportunity that falls in line with its long term ocean conservation plans. It is actually fairly easy to work in a positive manner for nature while insuring decent employment opportunities for coastal communities.

First the congress needs to finally finish the tuna reform law and move the foreign tuna boats at least 100 miles out. Costa Rica actually benefits very little from them compared to other fishing sectors. Secondly give the different fishing sectors more ocean to work so they can all prosper without conflict, and finally form the sailfish reform group including long liners, sport fishermen, and artisanal fishermen with the government agencies to come to agreements on how to exist to benefit all.