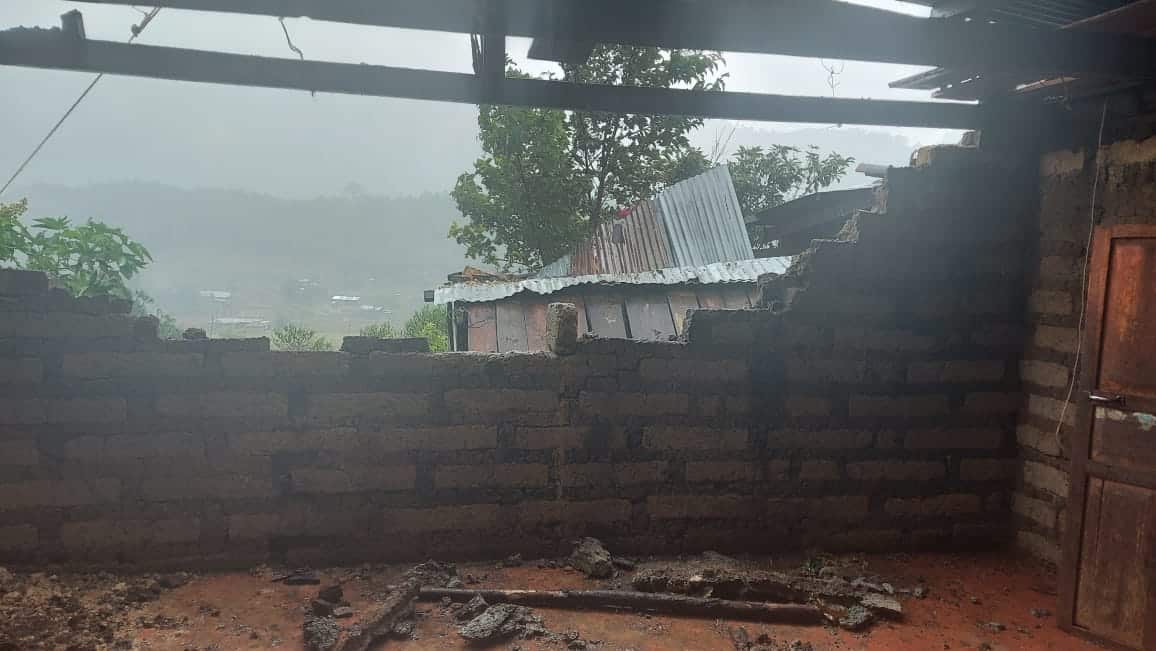 A collapsed wall in San Siguan, Cunén, Quiché, due to Eta. (via CONRED.)

The deaths brought the toll in Central America to eight after Eta tore into northern Nicaragua as a Category 4 hurricane on Tuesday causing mudslides that killed two miners, as well as two young girls in neighboring Honduras.

The children in Guatemala, aged two and 11, died in the village of Los Triagles, in the country’s northern Quiche department, when a landslide swept away their family dwelling, said David de Leon of the Disaster Reduction Coordinating Committee, CONRED.

Another person died in a village in the same region, where two other people are reported missing.

Eta devastated coastal areas of northern Nicaragua before weakening to a tropical depression by Wednesday as it pushed north through Honduras and Guatemala.

Costa Rica, which has received persistent rainfall as an indirect effect of Eta, has evacuated some 1,300 people and has reported significant damage to national highways.

However, the US National Hurricane Center continued to warn of “life-threatening flash flooding” over portions of Central America.