Letter to the Editor: We are students in Monteverde. This is why we are striking against climate change. 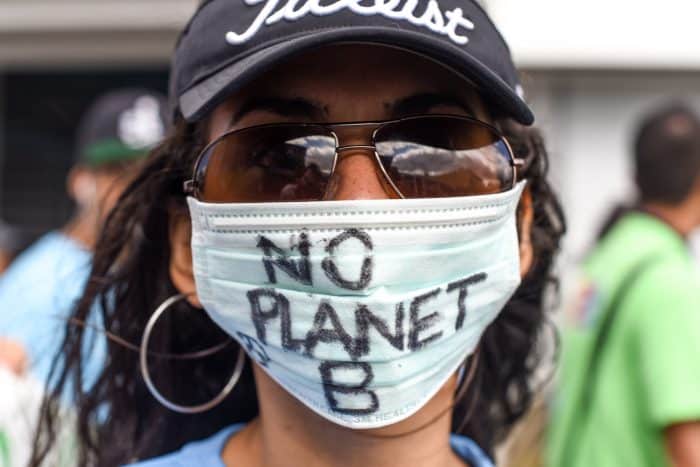 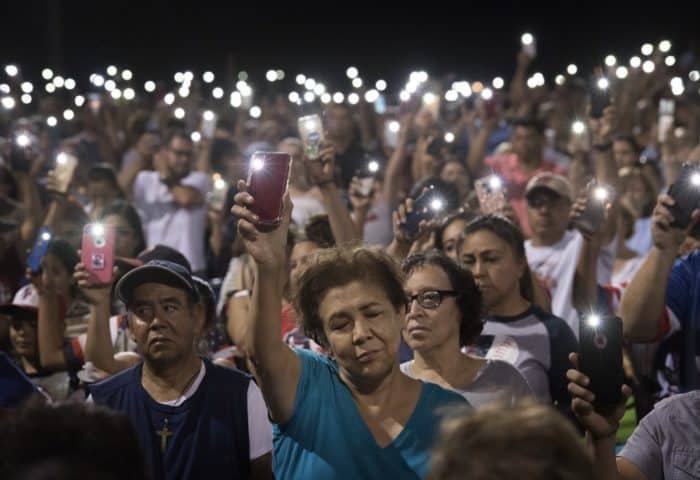 Letter to the Editor: Fueling fears of a Hispanic invasion 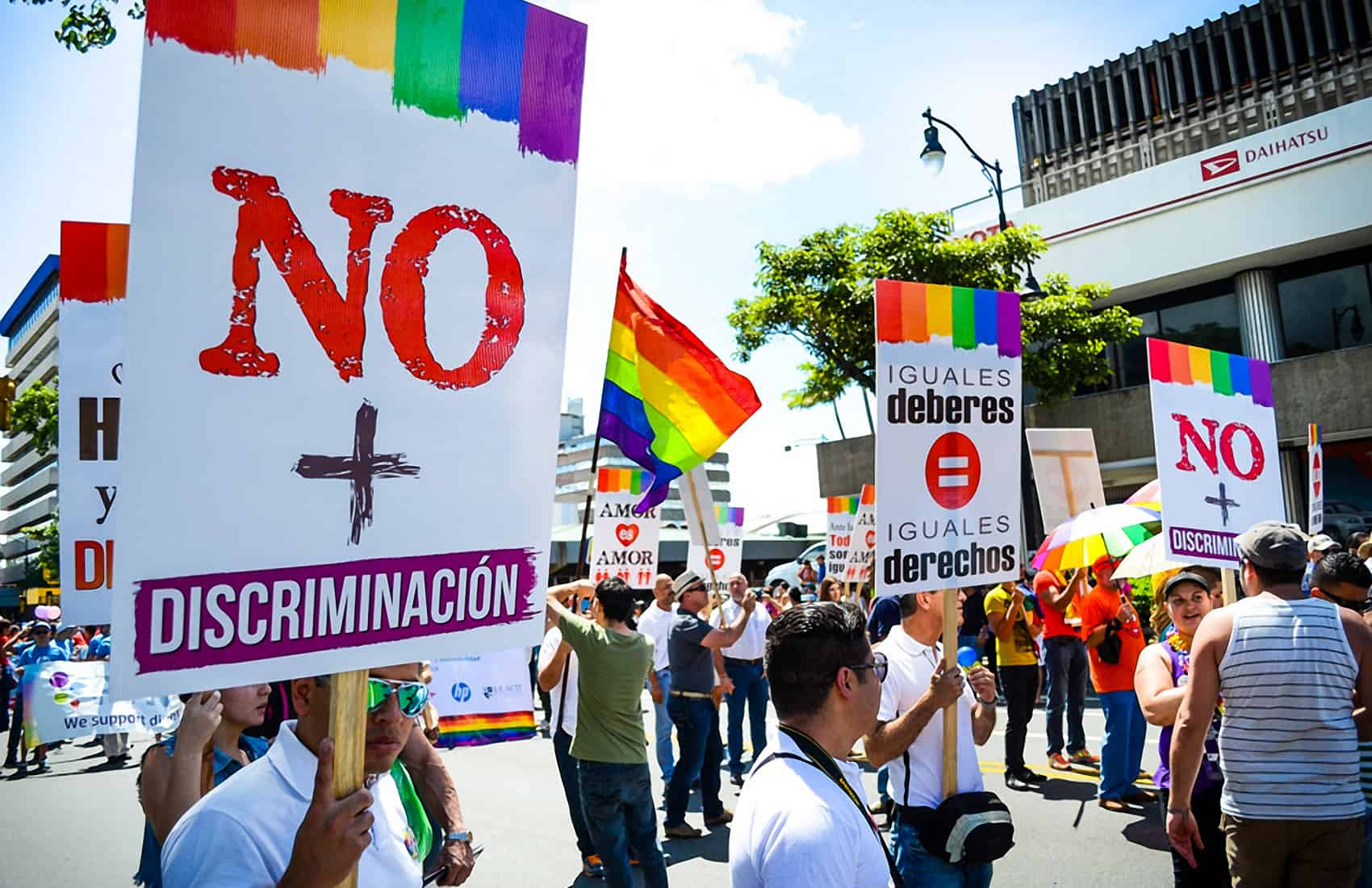 The recent ruling by the Inter-American Court of Human Rights confirming the marital rights of LGBTQ people has elicited multiple responses throughout Latin America, with some welcoming it with open arms and others rejecting it outright. Here in Costa Rica, the reaction to this monumental decision has energized an entire presidential campaign based on fear, ignorance and misinformation regarding the LGBTQ community.

Over our lifetimes we have heard numerous arguments against gay rights and marriage from those who claim to have the authority to speak for God.  Some of these arguments have been so widely and powerfully disseminated that thinking people should take time to examine them more closely: it is important for any democracy that we do so.

We should begin with the premise that in a democracy, religions cannot impose their dogmatic views on all citizens, even if their members constitute the numerical majority. Certain inalienable human and civil rights are guaranteed to all citizens in a democracy, including those who are part of a religion with few members, or those who don’t believe in religion at all. The political power of the majority does not override the human rights of the minority.

One overused argument against gay marriage appeals to tradition, yet throughout human history both internal and external changes obligate societies to ignore or discard certain traditions, and to embrace and perpetuate others.  Whether or not any tradition is preserved or terminated depends on many factors. In a democracy, that includes opposing traditions that violate the basic human rights of individuals or groups due their race, gender, belief, nationality, economic status or sexual orientation.

Another set of arguments against equality for LGBTQ people are based on the Bible.  Having read the Bible closely since childhood, I know that it contains inspiring poetry, wise proverbs, and sometimes even universal values in its myths, legends, and historical accounts. Yet the most viable historical, scientific, and scholarly sources have clearly demonstrated the Bible is not the word of God but rather the word of man.

The Bible contains and often justifies abuse, cruelty, and inhumanity, thus demonstrating just how much it is a product of human and not divine creation. The fact remains that the Bible was written in a pre-scientific era, where ignorance, superstition, and illiteracy abounded, and thus hardly serves as a reliable moral guide for modern enlightened living.

Another argument often expressed is that being a LGBTQ person is somehow unnatural or a mental malady, but this is contradicted by the evidence of human history, as well as by the most objective and current scientific research.  There have been gay people in practically every human society ever recorded or systematically observed; in some of them they were welcomed and well integrated, while in most others, as today, they were derided, persecuted and even murdered.  Homosexuality as a general phenomenon is quite natural, despite the wide variety of cultural responses to it in different societies.

In the scientific fields of psychology and psychiatry, research has consistently confirmed that gay people are not suffering from any mental illness and that given the equal opportunity, as just as capable of forming significant and enduring relationships, marriages, and families. Back in 1974m the American Psychiatric Association finally revealed it conclusion that homosexuality is not a mental condition, disease or malady.

The study of history and even casual observation clearly confirm that LGBTQ people are important contributing members of society who often provide a much-needed alternative perspective on a variety of critical issues not fully understand from a limited heterosexual perspective.  Few who believe that being gay is a lifestyle choice have even considered this question: “When did you chose to be heterosexual?” Whether or not there is a “gay gene,” it is quite clear from overwhelming evidence that being LGBTQ, like being heterosexual, is not a choice, but rather a growing realization and awareness of sexual identity which every individual experiences as she or he matures over time.

Among the most tenacious arguments against LGBTQ human and marital rights is that children raised by such parents will be somehow harmed, confused, or traumatized by that experience.  All the scientific and psychological research conducted over decades totally rejects that notion; that is, we now know that children raised by LGBTQ parents are well adjusted, mentally healthy, and, not surprisingly, more tolerant and open-minded about diversity.  On average there is more physical, sexual, and psychological child abuse perpetrated by heterosexual parents than by homosexual ones.

Then there’s that flimsy argument that LGBTQ people are harmful or damaging to society in general. On the contrary, they have contributed to society in every field of human endeavor throughout history.  Because of the preponderance of name recognition in certain fields, they are especially well represented in the arts, music, dance, fashion, entertainment, as well as in painting and literature.  Among the most internationally and widely recognized LGBTQ luminaries are James Baldwin, Frida Kahlo, Simone de Beauvoir, Chavela Vargas, Walt Whitman, Pier Paolo Pasolini, Pedro Almodóvar, and Eleanor Roosevelt.

Having effectively questioned the validity of these anti-gay arguments, we return to our original premise that in a democratic nation, no law or practice based on religious dogma, belief, or tradition should be imposed on its citizens. And this is especially relevant when doing so would deny any citizen the same basic human and civil rights afforded all others.

What’s your take on the latest news in Costa Rica, or issues in your community? Submit your op-ed (no more than 1,000 words, please) and a brief bio to kstanley@ticotimes.net.