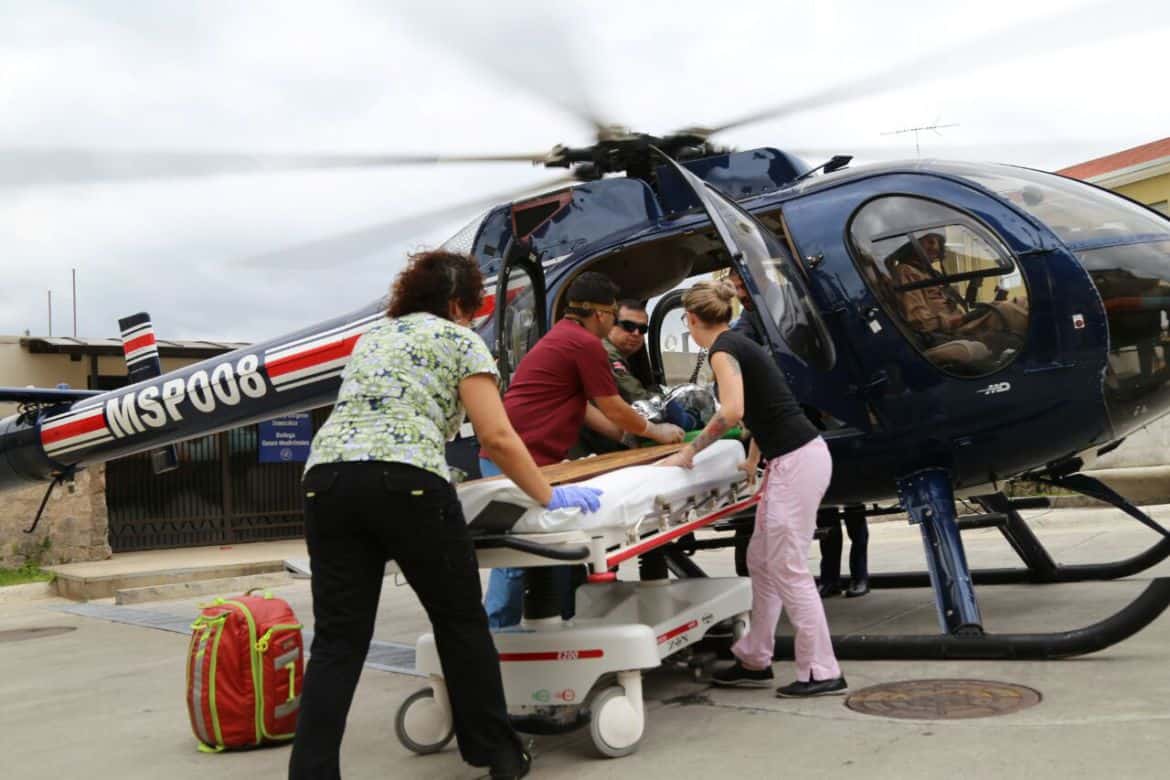 Last Friday, the first critical patient, who had a cardiac problem, was flown in from Santa Maria de Dota. Patients living in remote areas will arrive at the Calderón Guardia Hospital by helicopter.

This was done through an agreement between the Costa Rican Social Security Fund (CCSS) and the Ministry of Public Security (MSP). The objective of this agreement is to shorten the time of transfer of patients in a critical health situation.

For the landing of the helicopters, the hospital prepared an area on the northeast side, where the patient is admitted directly to the Emergency Service.

The patient was treated and stabilized in Santa Maria de Dota and then transferred to the medical center where he is under observation and waiting for a series of tests to define his diagnosis.

According to Donald Corella, head of the Emergency Department, the Calderón Guardia Hospital conducted a series of trainings and drills in conjunction with the Ministry of Security, which allowed the so-called Golden Code to be activated within the hospital.

This Golden Code applies a series of protocols to be prepared either to receive a patient in a critical health situation from a remote location or that the hospital staff is transferred by helicopter to the hospital of the care network.

The Tico Times
Share
Facebook
Twitter
WhatsApp
Email
Previous articleArt lovers, this is for you: Plaza Itskatzú August 24 – 27
Next articleMinistry of Education Introduces “Rules” to Use Cell Phone in Classes