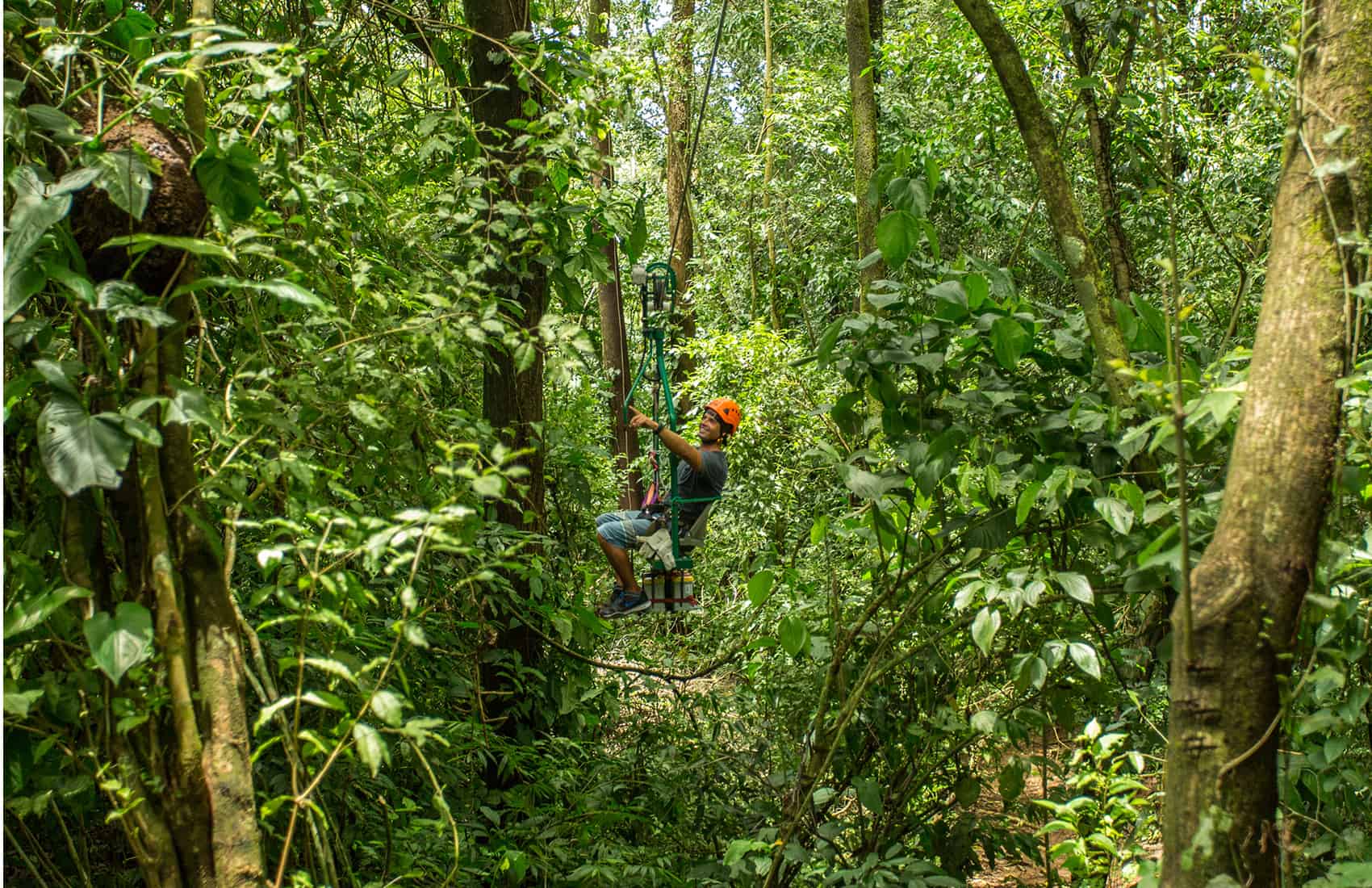 Ziplining and other adventure options are part of the tourism offerings in Costa Rica. ((Courtesy of ICT))

The National Tourism Chamber (CANATUR) is calling on the population not to forget about the Poás Volcano region altogether, but rather to visit the many destinations in areas outside the security perimeter.

The volcano’s ongoing activity, the temporary closure of the national park, and the resulting establishment of a security perimeter around the volcano have hurt nearby tourism businesses, the chamber noted.

The National Emergency Commission (CNE) said in a news release that their preventive actions in recent past days “do not represent restrictions on tourist and productive activities in surrounding areas.”

The restricted perimeter is now 2 kilometers (1.2 miles) around the volcano. National Police officers already relocated checkpoints to improve access to businesses and tourism attractions outside that area.

CANATUR President Isabel Vargas said that current weather conditions are favorable and that hotels, restaurants and other businesses in nearby areas are working as usual.

“We know that some people are afraid to visit some of these areas, and this poses a risk to the economic stability of many families and businesses,” she said.

Vargas said the chamber is in close contact with local tourism chambers to keep business owners organized in order to face the situation. She asked the population to follow all CNE’s recommendations and orders and refrain from entering the restricted areas. However, she also asked them to visit communities such as Fraijanes, Poasito, Vara Blanca and others outside the security perimeter.

Edgardo Araya Sibaja, a lawmaker from the province of Alajuela, asked the Costa Rica Tourism Board and the Poás Municipality to promote all other tourist destinations in the area.

In a Facebook post, Araya pointed out that “the area that had to be closed is small, compared to the large number of attractions available at this tourist destination and that are open and waiting for local and foreign tourists,” he said.

For one great recommendation in the Poás area, check out The Tico Times Travel section’s La Paz Waterfall Gardens review.