5 questions for a Costa Rican cartoonist 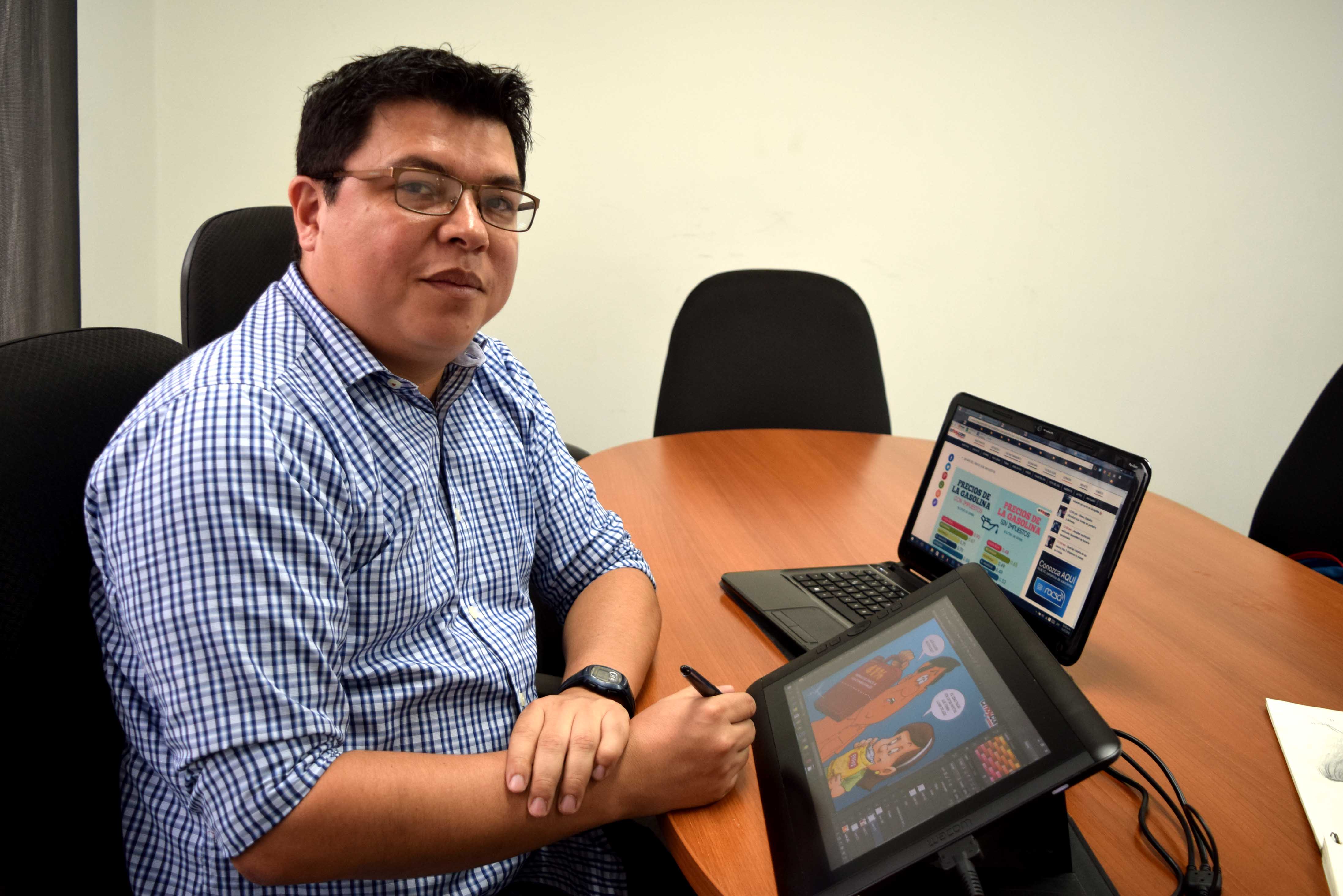 Luis Demetrio Calvo, better known as “Mecho,” is one of the lucky ones: he has found a way to make a living doing what he loves. The Costa Rican artist, a graduate of the University of Costa Rica, has been working as a cartoonist for approximately 15 years. He started  at the newspaper Semanario Universidad, where he worked for eight years, and has now been working for more than three years with the online news page Crhoy. Calvo has also traveled with his artwork, participating in contests, congresses and festivals around Latin America.

The Tico Times visited the artist’s office to talk about his passion for drawing and how it has helped him to find his place in the world. Excerpts follow.

How did you start drawing cartoons?

Drawing was always my friend. I’m a little introverted, so drawing solves that part of expression, relating with people, having a place in social groups. The drawing, the pencil, a line on a paper or a wall… is a language. A universal language. Since the cavemen drew things on the cave walls, it has always been the axis of communication.

When I was studying at the UCR, Semanario Universidad was looking for a cartoonist, and they asked me if I’d like to do it. I did a cover page, and the response were great. There’s where I thought: I could develop myself in this area. Hugo Díaz, the father of the cartoon in Costa Rica,  had died two years before that, so things were in limbo. There was Arcadio Esquivel, a master of of the cartoon, but he wasn’t in the country at that time, so there was a need… That’s where cartooning found me, or I found cartooning. I enjoy all kinds of drawing. During my free time, ironically, I draw. I take my notebook and start looking for a character. It’s passion: you get immersed in a world where drawing is what allows you to grow, to express yourself. Finding something you like and getting paid for it is a great blessing. Cartoons have allowed me that, to have a space doing what I like the most and to express myself; each cartoon contains symbolism, in the case of the editorial cartoon. In the case of cartoon portraits, it allows you to experiment, develop techniques, to reach your limit and take a step forward. What’s the journalistic aspect of your work?

The cartoon has become, for me, an instrument of constant social critique. The cartoonist is a chronicler of history. Many times when we look for information about a past year, we can see that the cartoon is the most vivid mirror of what was happening at that time. So it is a great responsibility from every point of view… Sometimes we don’t have the necessary words to express or to understand what’s happening. The cartoon simplifies things for the reader.

Some people ask me if I’m afraid of being sued, but there’s nothing that warrants a lawsuit, as long as the cartoon is done according to the written information. There haven’t been problems, although I have received comments from people who don’t like the way the way I draw them, things like that. Mostly, though, for a political ego, for them it represents a certain status to be drawn. So the critique can become like flattery to them, when I’m actually criticizing their actions or words. What’s the secret of drawing characters in cartoons?

You have to observe the person in a very detailed way. Every person is a character. Not only physically, in terms of speaking, walking, clothing, gestures. Our profile is the one of an observer. Each person has his or her own essence.

The greatest difficulty is trying to think what I’m gonna do tomorrow. Each day is a different cartoon, and I have to be aware of what I have been doing, because it’s your path. It’s good to see the things you have done, and that can be useful later, but it’s also good not  to repeat things. I think that the difficult part, to not stay stagnant, but also to look for aspects that can make your work more solid, more stable. What are your future projects?

I think all artists think about passing on their knowledge. The moment will come someday. I think I’m already in a stage where I can teach what I’ve learned; I’ve had really good colleagues here in Costa Rica and I have learned a lot from them, including Carlos Arroyo, Arcadio, and the Zarigueya group, which is group of cartoonists around 30 years old that who exhibit together every year. When the time comes, I’ll find my space to teach.

I have a book coming up; I have been working on it slowly. I don’t rush because I want to do something good. Here [at Crhoy.com] I have already done 1,100 cartoons, and at Semanario I did approximately 600. I have enough material to do the books. I’d also like to keep traveling. Last year I participated in a Political Cartoon Congress in Mexico. It was an amazing experience, and I’d like to repeat it this year.