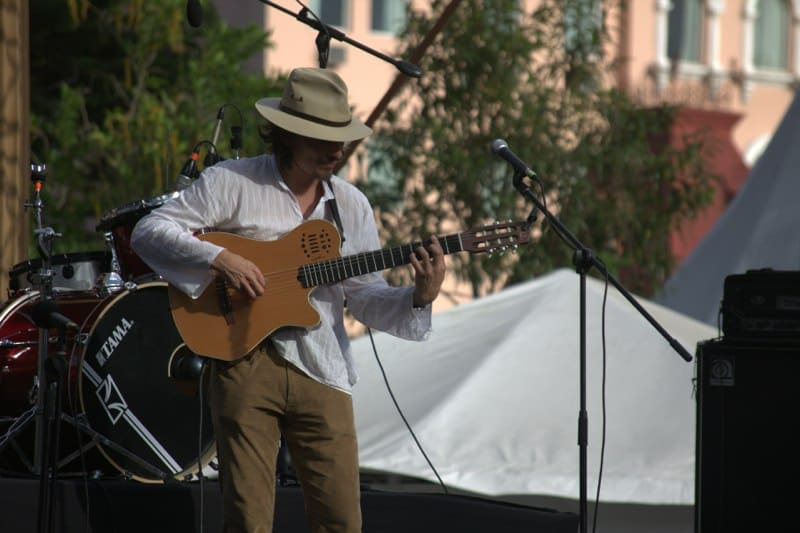 Costa Rica is holding its first-ever International Songwriters Festival this week at the Melico Salazar Theater in downtown San José,  allowing the public to watch participants from nine countries present their original compositions and compete for a $5,000 prize.

The festival, which kicked off last night with an opening ceremony featuring Peruvian singer-songwriter Julie Freundt and Costa Rican songwriter Humberto Vargas, will conclude on July 7, when the winner will be announced and a concert will be offered by Carlos Mejía Godoy and the Palacaguinas (Nicaragua) and Adrián Goizueta (Argentina).

“Immediately afterwards, the international call for participants took place,” Poveda said. “We received many proposals from many different countries. Winners were selected from 1500 participants.”

Several activities will be taking place through July 10:

Finale of the contest, announcement of the winner and a concert by Carlos Mejía Godoy and the Palacaguina, and Adrián Goizueta.

Concert with all contest participants. At Multiplaza Escazú, in front of Brunos Restaurant. 4 p.m. Free.