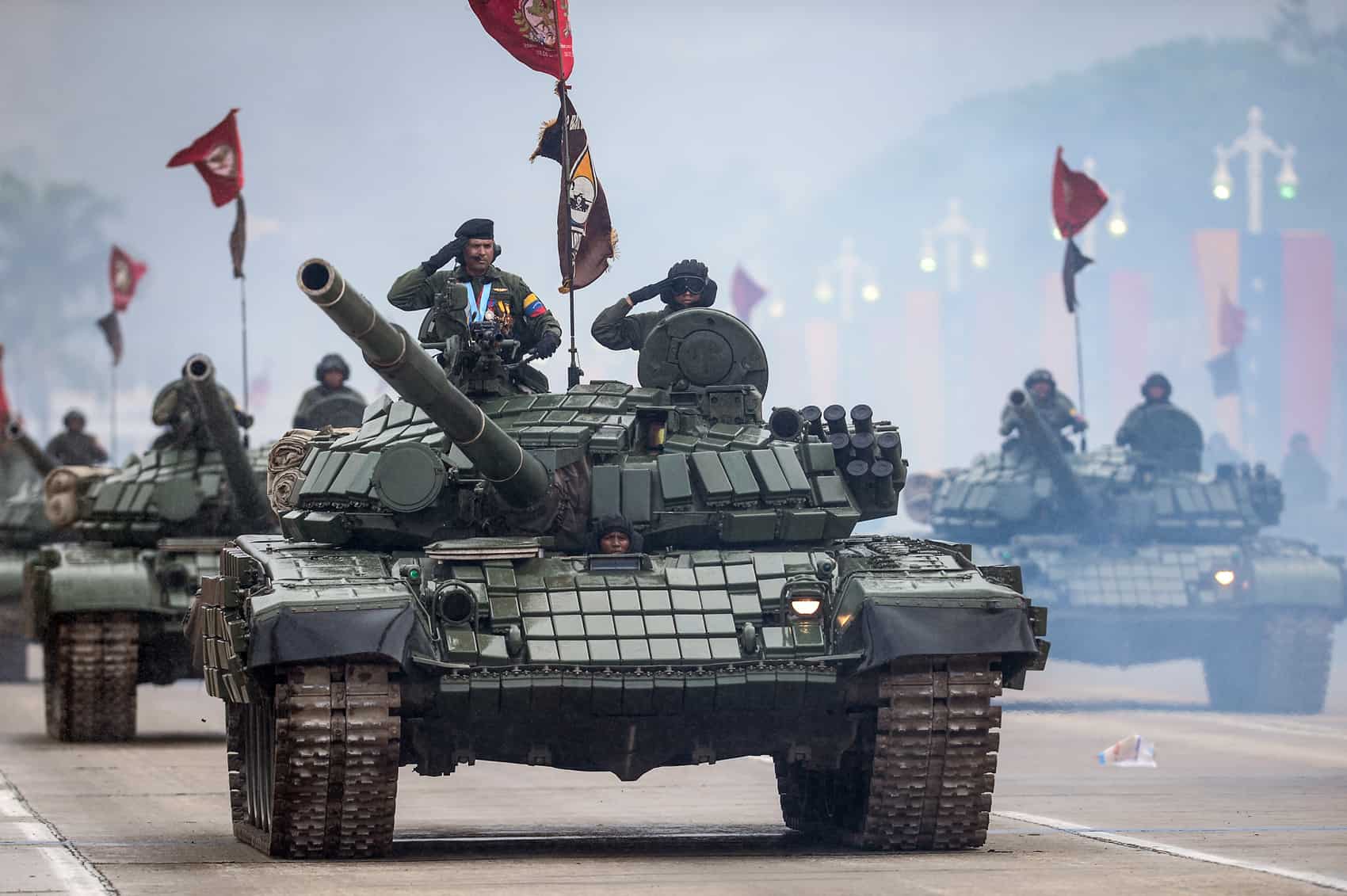 For illustration. Venezuelan Russian-made T-72B tanks parade during the celebration of Independence Day in Caracas on July 5, 2015. (FedericoParra/AFP)

News Monday that Russia had shipped the first 20 of 50 battle tanks to Nicaragua rattled Costa Rican officials and left others scratching their heads.

The $80 million T-72B tanks are a significant purchase for the hemisphere’s second-poorest country, which spent $71.6 million total on its military in 2015, according to the Stockholm International Peace Research Institute, an organization that tracks global military spending. Nicaragua has significantly increased its military budget during the last five years, a move that foreign relations experts see as rooted in Nicaraguan domestic politics and Russia’s international ambitions.

Carlos Cascante, director of the National University’s International Relations Department, said that the tanks are part of President Daniel Ortega’s plan to strengthen the army as a political force inside Nicaragua. During the 1990s, the country’s military budget was cut following the Contra War and the weakened public institution lost some of its clout.

He said the purchase of the tanks was a sign that the military is becoming more influential politically, but he did not see it as a bellicose gesture to Nicaragua’s neighbors, including Costa Rica.

University of Costa Rica political scientist Carlos Zamora agreed that the tanks were part of a domestic agenda. He said that between the large, regular demonstrations against the Nicaraguan Canal and former Contra fighters taking up weapons again in the northern part of Nicaragua, the government may be trying to bolster its ability to respond to a potentially violent protest.

During a news conference Wednesday, President Luis Guillermo Solís said the tanks were “unnecessary” and that there was no justification for such an investment in Central America.

“More than a concern or a threat, it constitutes a feeling of sadness because these are people who still lack much in terms of human development,” he said. Solís added that Costa Rica is a major destination for migrants fleeing the country’s poverty.

The tanks might actually have more to do with Russia than Ortega’s military ambitions. Zamora pointed out that weapons exports make up an important part of Russia’s GDP, and the country may be looking to entice new buyers with the sale to Nicaragua.

As erstwhile buyers of Russian materiel, like Venezuela or Brazil, have fallen on hard times economically, the sale to Nicaragua was “oxygen” to Russia’s markets in Latin America, he said.

Paola Solano, head of the International Relations Department at the Latin American University of Science and Technology, said that the weapon sales give Russia a chance to expand its sphere of influence in Latin America, where it has few beachheads. Along with the sale of fighter planes, naval ships, partnerships for civilian aerospace facilities and intelligence assistance with patrolling Nicaragua’s coastline for drug runners, Russia has a unique relationship with Nicaragua compared to other Central American countries.

But despite Nicaragua’s increase in military spending, the country remains a minor player compared to the rest of Latin America. Just in Central America, Nicaragua’s military spending trails far behind its neighbors in the so-called Northern Triangle: Guatemala, El Salvador and Honduras. And the Dominican Republic outspent the rest of the isthmus by nearly $100 million in 2015, according to the Stockholm International Peace Research Institute.