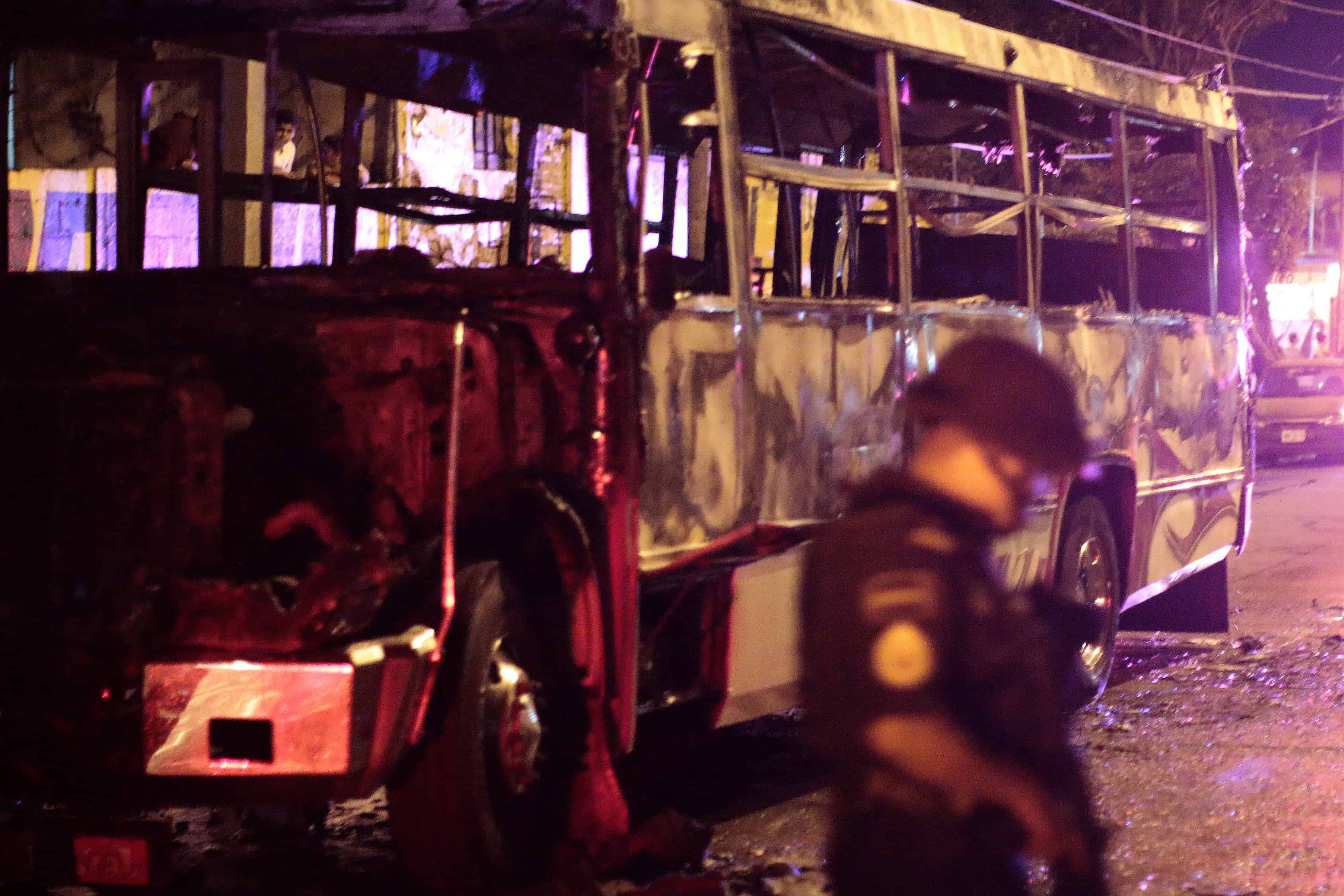 A police officer stands next to a burnt bus in Acapulco, Guerrero State, Mexico on Jan. 6, 2016. Acapulco, known as a celebrity resort in the 1950s, is now the city with the highest homicide rate in the country, where drug trafficking has flourished. (Pedro Pardo/AFP)

In Mexico, a drastic increase in the homicide rate since 2000 has almost singlehandedly decreased life expectancy for males in the country, a recent study from UCLA’s Fielding School of Public Health found.

A swirling variety of factors go into a country’s life expectancy rate, including available medical services, health habits, and prevalence of diseases. But the UCLA researchers found that Mexico’s homicide rate — which more than doubled between 2005 and 2010 — was responsible for the first decline in decades of the average life expectancy of Mexican men.

“The increase in male mortality from homicide was such that the initial gain in life expectancy from 2000 to 2005 was lost by the end of the decade,” the study reads.

The second half of the 20th century saw boosted standards of living and a more stable health care system that increased life expectancy in Mexico and Central America. But the accelerating violence of the past decade has reversed the trend.

Between 2005 and 2010, life expectancy of men ages 15 through 50 fell from 33.8 years to 33.5 years, according to the study, which is published in the January edition of the journal Health Affairs.

The northern states of Chihuahua, Sinaloa and Durango, which have been at the epicenter of Mexico’s drug war, experienced the worst dropoff. Males living in those states have lost an expected two to three years of life, according to the study.

Life expectancy rates for women, which were rising steadily before 2000, have since slowed to a near plateau.

And the reality could actually be darker than the findings.

“The impact of homicides on the average years of life in Mexico is probably worse than we report, because other studies indicate a large number of missing individuals and many deaths that were never recorded,” said Hiram Beltrán-Sánchez, one of the study’s lead investigators. Beltrán-Sánchez said the study’s findings suggest that homicide in Mexico should be addressed as a public health crisis.

The researchers also pointed to a number of political variables that they said played into Mexico’s flailing life expectancy figures, among them the failed 2006 plan of then-President Felipe Calderón to curb drug cartel violence. Under Calderón’s national security initiative, Mexico’s homicide rate continued to rise. In 2013 the homicide rate was double that of 2005.

“Contrary to what was expected, this policy has been associated with an unprecedented increase in violence and homicides in the country, consistent with our findings,” the study states.

Because of spiking numbers in the homicide rates in Central America – namely the Northern Triangle countries of Honduras, El Salvador and Guatemala – researchers said life expectancy figures in those countries have likely dropped even more dramatically than in Mexico.

“Our results from Mexico highlight the need to assess the impact of homicide mortality on population health and life expectancy in other Latin American countries, as well as in those countries’ regions and states,” the study reads.