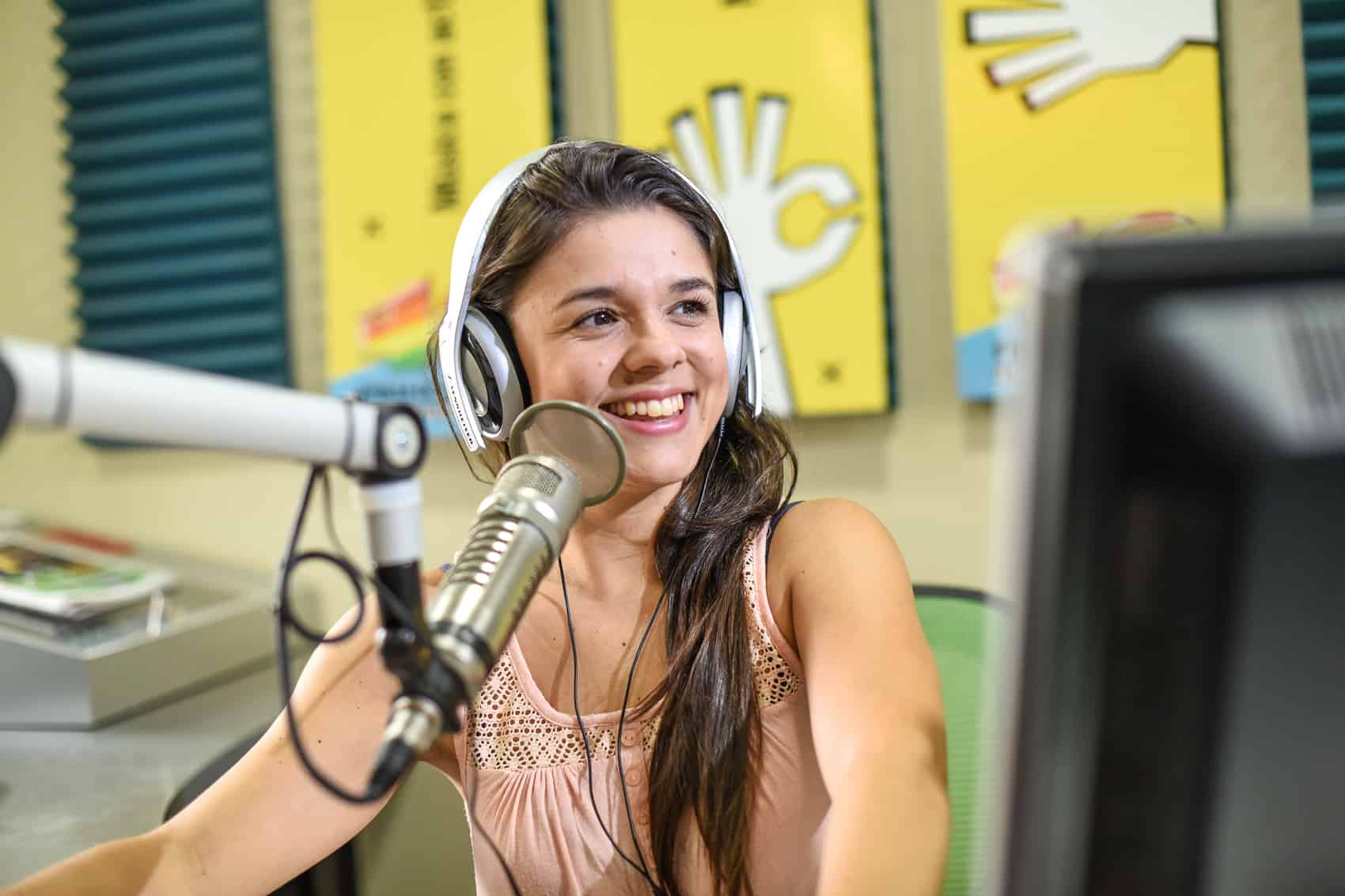 Natalia Arias has had quite a year. The actress – who hails from Coronado, north of San José – followed up her first film apperance in the 2009 film “Gestación,” directed by Esteban Ramírez, with a lead performance this year in the latest Ramírez film, “Presos.” This project won not only the Best Film award at Colombia’s Santander Film Festival, but also the Best Actress award for Arias. The 28-year-old is a multitasker: she has been a theater actress since 2006, is a radio broadcaster for Costa Rican radio station Los 40 Principales, and has participated in several information campaigns with the Ministry of Public Education and National Road Safety Council (COSEVI), among others. She studied Performing Arts at the University of Costa Rica (UCR) and journalism at San Judas University.

The Tico Times sat down with Arias at the radio booth of Los 40 Principales to talk about what is it like to be onstage and in front of the camera. Excerpts follow.

How did your love for acting start, and what has kept you there?

Theater has given me the basis for everything. It is connected to almost everything I do, everything in my life, even who I’m with. It has a direct effect on life itself: [it has helped me] to be more sensitive and observant. And it has helped me incredibly with my film career, because, here in Costa Rica, there are no acting schools for film. All the tools I’ve obtained and explored have been thanks to the theater, the plays I have performed in, the classes I have taken, the directors I have worked with, and workshops I have attended.

What is the main difference between acting in theater and in a film?

The greatest difference is that while acting in film, you are more welcome to make a mistake. Scenes can be edited, or the director can just say “Cut, let’s do another take.” I think it is more difficult to act in the theater, because you are performing live. If you make a mistake or forget the script, that is the one take, you can’t redo it. There’s no going back. That is a great training process, because you must have consistency and patience. You must not give up if something is not the way you want it.

In films you can have an editing process and choose the scenes you want. To me, the editing process is a wonder, and hardly anyone recognizes the editor! Which is a shame, because he or she is the one who creates the final product.

The difficulty of acting in a film is the concentration you must have in front of the cameras. Behind the cameras there are a lot of people doing a lot of things, so you have to focus and avoid watching the cameraman, or the director’s gestures, or people in charge of the makeup or the outfits. You must always keep your concentration, and I’m so absent-minded, so one my biggest challenges is not getting lost when it comes to what they are asking me to do. The other thing is that in films, scenes are not filmed in sequence, so it is a challenge to know what part of the story you are in, to know the line of character, where it comes and where it goes. Maybe you have to film one scene where you are supposed to be mad at you father, but in the scene you film before it wasn’t like that.

How did you come to work in your first movie, “Gestación”?

Actually, it’s a pretty curious story. I wasn’t going to be part of it, I did audition, but the character of Alba was already chosen. Actually, it was one of my friends! Bu she had to travel to Argentina and couldn’t act in the movie… and Esteban asked for recommendations of actresses at the university, and I went to a casting. Adriana Alvarez [the lead] was there, and we got along really well from the first moment.

“Presos” was a great opportunity, but I also see it as an exchange. I promised Esteban I was going to give him really good material, and he was going to direct me on the right path. Also, I’m familiar with his way of working, so that was really helpful too.

Do you identify with your character in “Presos”?

Yes, absolutely. Victoria is a woman who is trying to break down barriers. She is looking for her own freedom. I identify with her because she is an empowered woman who makes her own decisions and takes risks. I’m a really intense person. I’m always taking the risk of… living, and that is living! To not know what will happen, but do it anyway. I’d also say that I’m in the search of my own sovereignty, independence. I mean, I work here [in the booth] with these five men, and sometimes they make chauvinistic comments or have strong personalities, so you have to put a stop to what you don’t like, what you’re not comfortable with, and Victoria has that. She stops her boyfriend, stops her father, and thereby gets others to respect her. I, too, have a strong personality, and I always get people’s respect.

How does acting complement with your work as a radio broadcaster, and in the future where do you see yourself (radio, theater, films)?

I’d say that both in theater and film, there’s always the possibility to create new characters. On the radio, you are like a character: sometimes I’m really tired or feel ill or I don’t feel like talking to anybody, and you can’t show that in front of the microphone, so you basically have to create a character. I’m a really expressive person. I really like to talk, and to communicate my ideas, and in theater and radio there is a lot of improvisation.

I have always said that I love the radio, but is just one of my many facets. I don’t think I see myself on a morning radio program in five years. I love it, but I’ve already been doing it for a while. I do see myself doing theater for the rest of my life, because it is what keeps me happy. It is what keeps my heart full of passion. It is a really deep feeling of love. I’ve always said that theater is love and hate, because sometimes you get mad and say, “I don’t want to do this shit anymore, it demands a lot of sacrifice,” but then you come back.