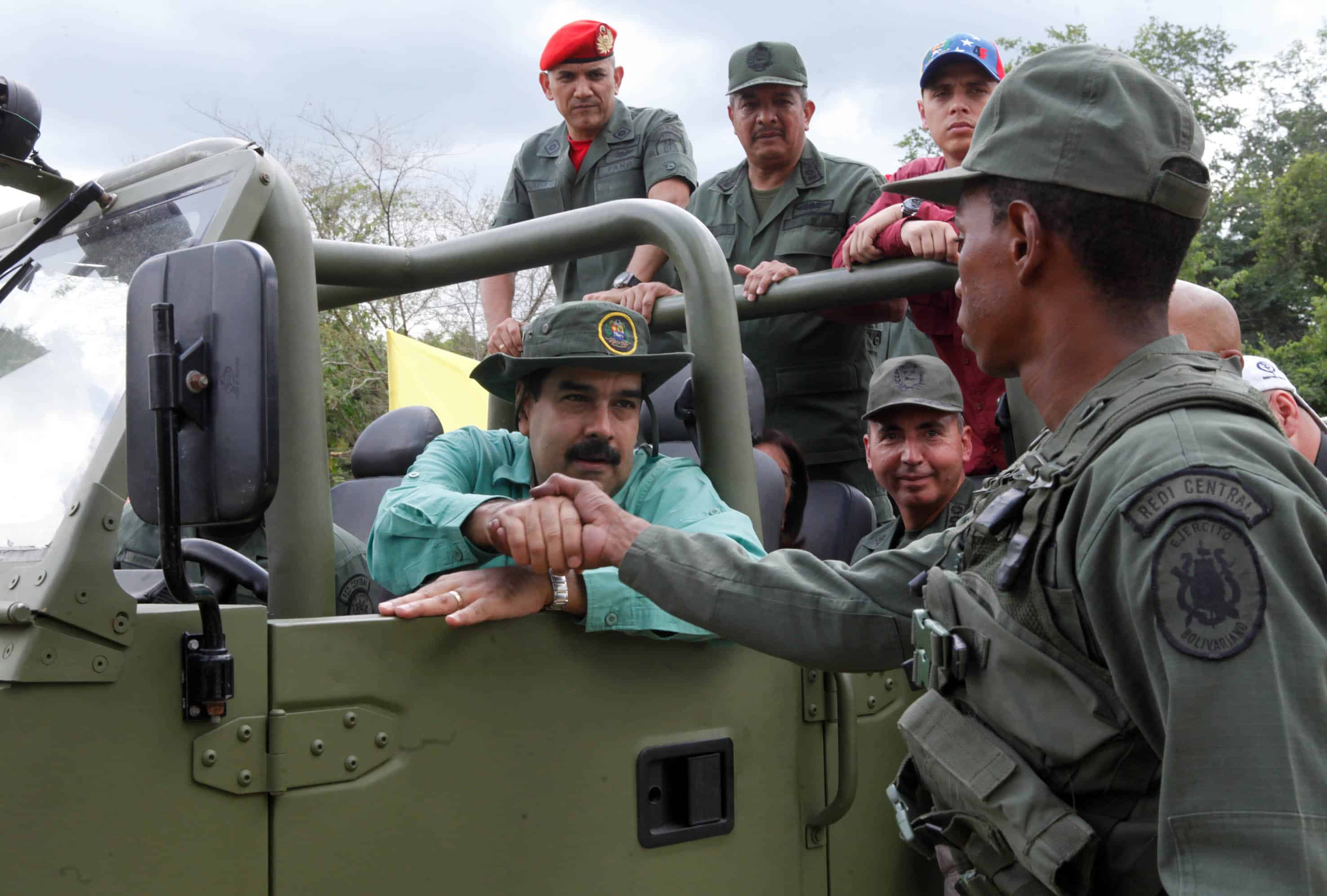 CARACAS, Venezuela — The sprawling street market that radiates outward from the metro station in Petare, Caracas’ largest slum, is the retail equivalent of an anti-Target.

There’s no organization to it. Tube socks and school supplies are sold beside giant pyramids of pineapple and piled yucca. Leopard-print hot pants stretch over mannequin buttocks next to the stinky stalls of fishmongers.

The bazaar was known until this month as one of the city’s biggest open-air black markets, the place to find all the scarce items that shoppers must queue up for hours to get in supermarkets, or can’t find at all. Earlier this year, toilet paper and cornmeal were scarce; lately it’s diapers and deodorant that have “gotten lost,” as Venezuelans say.

Authorities mostly turned a blind eye to the informal commerce, but late last month Venezuelan President Nicolás Maduro went on TV to decree a ban on street sales of coffee, eggs, shampoo and some 50 other “regulated” items whose prices are capped by the government. He ordered the National Guard to police market stalls for such items as mayonnaise and powdered milk, and threatened to prosecute recidivist violators. Shoppers visit a supermarket in Caracas on Oct. 29, 2014 after a list of products that have weekly restrictions per person was published, following a presidential decree to fight chronic shortages of basic goods. Juan Barreto/AFP

The crackdown is tricky for Maduro. In Petare and elsewhere, it risks alienating some of the poor Venezuelans who had long been loyal to Maduro’s predecessor, the late Hugo Chávez, but are increasingly unhappy with his understudy.

“Maduro ya se maduró,” quipped vendor Maribel Nieble, with a play on the president’s last name that meant “Maduro has turned rotten.”

She had a sorry-looking pile of bananas on her stand, but it was really just a facade. Hidden underneath in a dirty fruit crate were several illicit bottles of Downy-brand laundry detergent and cooking oil. When a bus pulled up and Nieble didn’t see any troops, she quickly set out her wares, concealing them again once the crowds thinned.

In stores, the detergent’s price was capped at the equivalent of about 60 cents, if using the government’s highest official exchange rate of 50 bolivars per dollar. Nieble was selling her Downy for twice that.

“I have six kids and two grandchildren,” she said. “I’m just trying to survive.”

Maduro says this standard type of markup is tantamount to “theft.” He blames Venezuela’s scarcities and soaring inflation on an “economic war” waged by business owners, shopkeepers and others allegedly trying to undermine Venezuela’s socialist government by hoarding, price-gouging and sneaking goods across the border for sale in Colombia.

“These right-wing contraband groups are still at work, with their anti-national and parasitic spirit, riding on the backs of the people and sucking their blood,” Maduro said Tuesday, assuring TV viewers that the government “had neutralized the perverse effects of the economic war” in 2014.

In recent months, Maduro’s Twitter feed has been a rotating gallery of seizure photos showing contraband captured along the border. The foodstuffs, which are worth far more on the Colombia side, are often arranged in the style of a narcotics bust, even though the sacks are filled with flour and sugar. One photo last week showed a pickup truck jammed with so much beef that the meat was practically falling out onto the highway.

This oil-rich country has the world’s largest petroleum reserves but also one of its highest inflation rates, at 63 percent, and shoppers have long been accustomed to store shelves stocked with imported goods. But with hard currency scarce, oil prices falling and the government more dependent on crude exports than ever, a kind of consumer psychosis has set in here.

The supermarket lines can make camping out for an iPhone look like a breeze. Outside one holiday appliance sale in Caracas last week, some shoppers said they had been waiting for two days.

Well-to-do Venezuelans shield themselves from inflation by putting their money in U.S. dollars in accounts abroad, but the poor have turned to trading in items such as cooking oil, shaving cream and hair conditioner, the stuff that often gets “lost.”

The government now requires shoppers to give their names and identification card numbers to cashiers in the checkout aisle, and Maduro has ordered the installation of fingerprint scanners to make sure Venezuelans don’t exceed their purchase limits.

Related: As oil plummets, Venezuela goes from bad to worse

Making matters worse is an endemic culture of corruption that puts an additional squeeze on the few remaining forms of local industry and legitimate commerce.

Pedro Zambrano, a trucker, said he delivers 6,000 pounds of cheese every week to the capital from his home state of Tachira, along the border with Colombia. About half of his would-be profits are eaten up by bribes to inspectors and police along the highways, he said. “All that’s left over goes toward keeping my truck on the road and my kids fed.”

Zambrano had come to Petare for a few bottles of cooking oil, which he said cost nearly twice as much along the border. He said Maduro’s complaints about contraband are legitimate, but he scoffed at the claim that the government is trying to stop it.

“Until they fix the corruption in the National Guard, nothing will change,” he said.

Zambrano said Venezuela’s problems would be fixed when supermarket supplies met consumer demand, but not through escalating enforcement.

Those who were taking Maduro at his word in the Petare market already seemed to be paying the price. The president’s decree had prompted Carmen Velasquez to stop illegally selling cooking oil and cornmeal, but no one was buying the tomatoes and cucumbers she was trying to sell instead. Her produce was spoiling in the hot sun.

“I’ve already had to throw away one crate, and now the rest of it is going bad,” Velasquez said. “I’m 73 years old. Where else am I going to find a job? How will I eat?”

The more-canny vendors, like Nieble, the Downey dealer, weren’t waiting to find out.

Nieble had a partner waiting in line at a supermarket a few metro stops away, and they were in touch by cellphone. A new truckload of laundry soap had arrived, and the limit was four bags per person. Her friend would hold a place for her.

Nieble didn’t appear to be in any hurry to get there.

“There are still 40 people ahead of us in line,” she said.