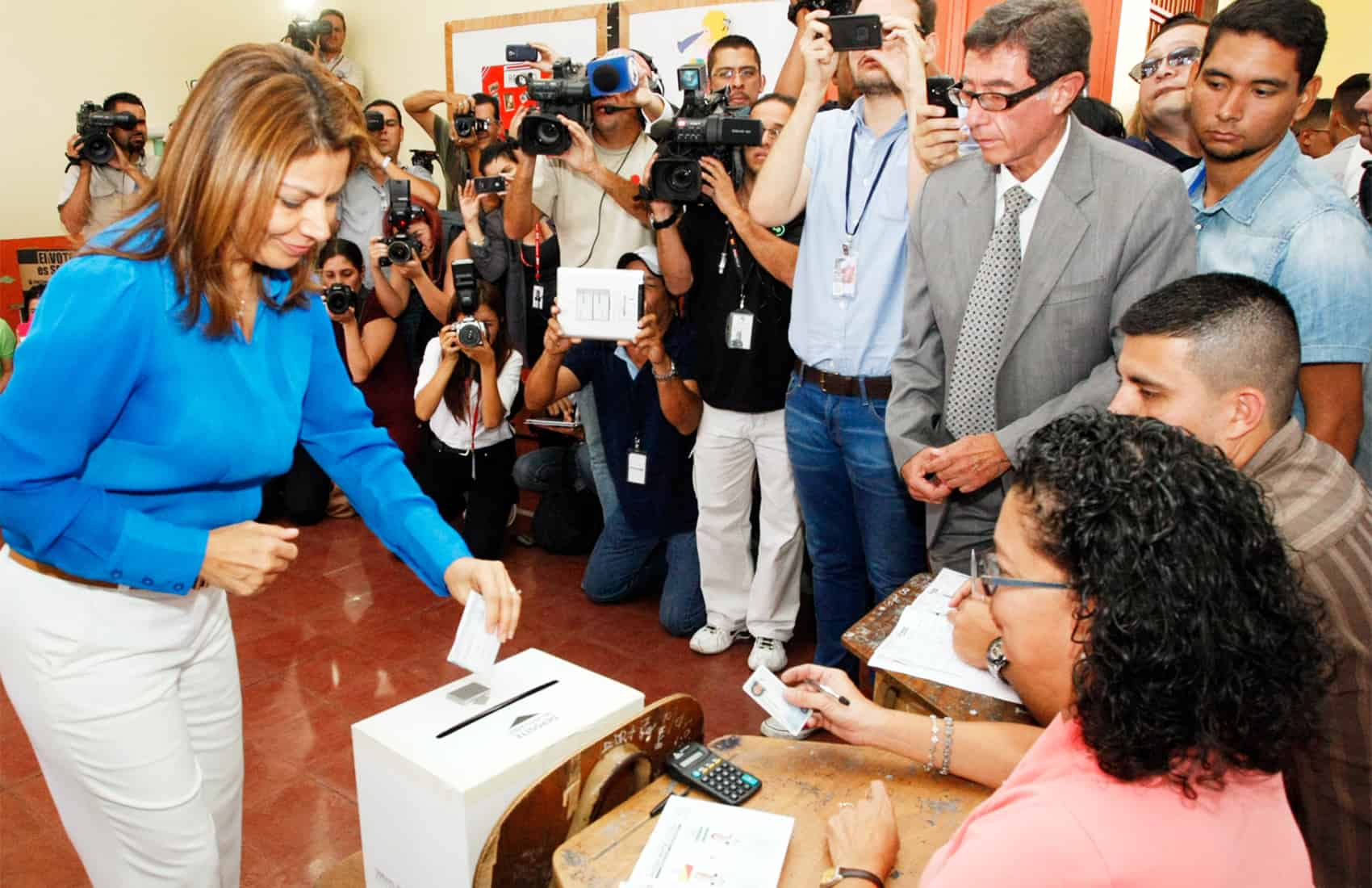 Costa Rican President Laura Chinchilla cast her vote in Sunday’s presidential runoff at 10:45 a.m. at the Joaquín García Monge elementary school in Desamparados, a canton south of the capital.

Shortly before leaving her home northwest of San José, the president took to social media profiles to urge Ticos to vote.

“Lets go out and show our support for the most robust and representative democracy in the region. It is our duty to preserve and strengthen it, and the best way to do that is to get out and vote for the candidate of your choice and continue this beautiful civilian and democratic tradition. Let’s enjoy this celebration with the greatest respect,” Chinchilla posted.

After a group of students welcomed Chinchilla at the school, the president commented on what has appeared to be low voter turnout throughout the country early Sunday.

“It makes me sad. This is unfair to Costa Rica, there is no excuse not to vote. However, I want to thank all the Costa Ricans who have fulfilled their obligation,” she said.

During a first round of voting on Feb. 2, voter abstention reached 31.8 percent, a figure higher than the results obtained by Citizen Action Party candidate Luis Guillermo Solís, who received 30.64 percent. Ruling National Liberation Party candidate Johnny Araya received 29.71 percent in the first round, according to the Supreme Elections Tribunal.