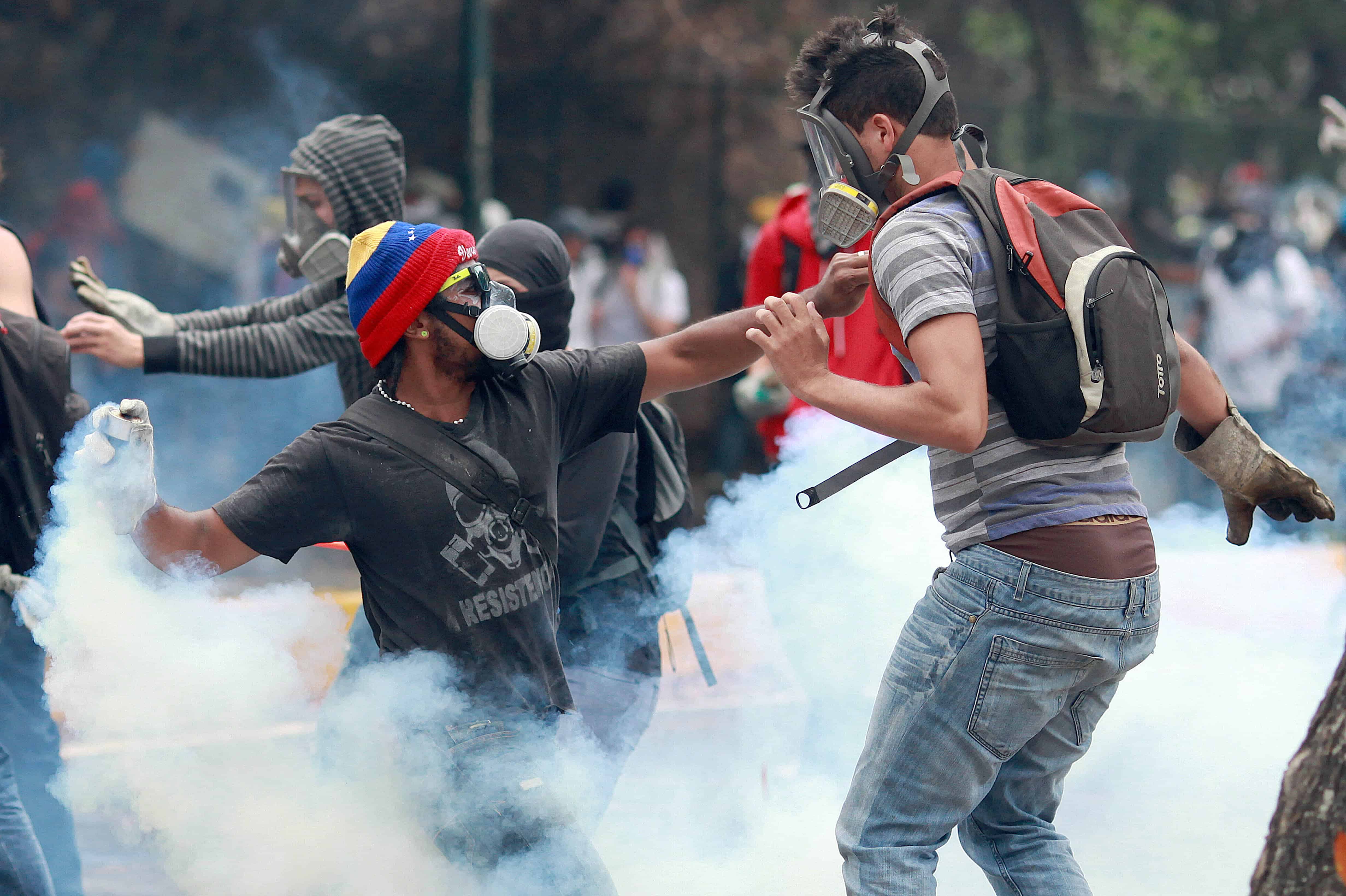 Opposition students protest against the government of Venezuelan President Nicolás Maduro at the Venezuelan Central University campus in Caracas, on April 3, 2014. The Roman Catholic Church in Venezuela accused the leftist administration of Maduro on Wednesday of seeking to impose a "totalitarian government" and blaming it for protests shaking the country. (Federico Parra/AFP)

The Harvard-educated economist has been held in a military prison since his Feb. 18 arrest in the midst of an opposition protest rally against leftist President Nicolás Maduro, who has faced near-daily demonstrations since early February.

Thirty-nine people have died in clashes between security forces and protesters angered by soaring crime, high inflation and shortages of essential goods.

Attorney General Luis Ortega Díaz told a press conference that formal charges were brought against López, leader of the Popular Will party, accusing him of inciting violence, arson, damage to property and conspiracy.

The government had until Saturday — 45 days from López’s arrest — to bring the charges or release him.

The government action stems from López’s public support for the student-led street protests that have rocked the country since they began Feb. 4 in the western city of San Cristobal and spread to several other major cities, including the capital Caracas.

López and some other opposition leaders are advocates of a strategy dubbed “the exit,” aimed at pressuring Maduro — the handpicked successor to late socialist icon Hugo Chávez — to resign.

Hours after the attorney general’s announcement, about 3,000 demonstrators, most of them students, hit the streets in the east of Caracas demanding López be freed.

Under the slogan “Free Leopoldo,” some were dressed in white, a symbol of peace, while others carried the flag of Venezuela.

One young man, who wore a homemade gas mask in anticipation of security forces firing tear gas to disperse the rally, said: “We have no weapons, just stones.”

Ernesto Palacios, a Popular Will activist, told AFP: “As a sign of respect, the government should release Leopoldo López and political prisoners.”