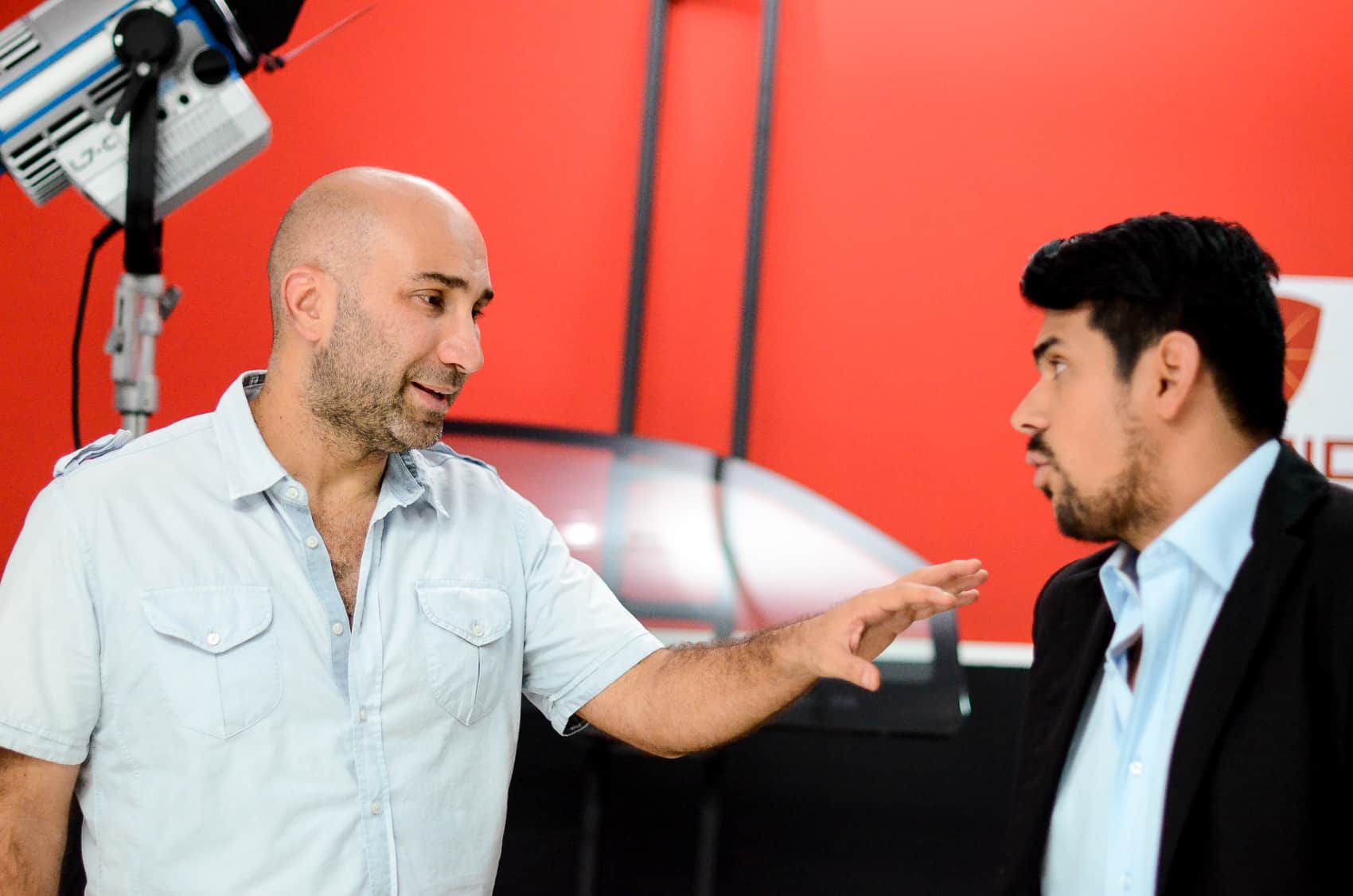 Behind a camera set up in a cinderblock building in Guadalupe, a small army of technicians race around, stepping over cables and fiddling with gear. A receptionist’s desk, flak jackets, posters and piles of equipment clutter the otherwise empty room. And standing in the middle of the chaos is Esteban Ramírez, one of Costa Rica’s most successful film directors.

“Everyone ready?” calls a curly-haired woman with a cut-board. “Silence, please. Sound?”

“Yes!” someone calls back.

The cut-board snaps, and actress Natalia Arias approaches the desk. She is a petite young woman, and she speaks quickly to a seated secretary. The secretary smiles, but she is dismissive. Arias looks high-strung and desperate. She tries to push a manila folder into the secretary’s hands, but the secretary just places it on a stack of papers. The interaction is awkward and dense, just as the script prescribes.

Ramírez watches the scene from the other side of the room, using a small screen that shows exactly what the camera is capturing.

“Cut!” he says, and everything abruptly stops.

This is one of the many sets of “Presos,” Ramírez’s third feature-length film, after his critically acclaimed “Caribe” and “Gestación.” With the way he paces around the room and watches everyone with a hawk-like gaze, Ramírez is clearly an energetic personality. For his two previous films, Ramírez co-wrote the screenplays, then produced and directed. He is a broad-shouldered man with a scruffy chin and a shaved head, and he can barely sit still. He spends hours watching his team, arms folded across his chest, taking everything in. For four to five weeks straight, Ramírez planned to spend nearly every day filming “Presos” around San José, including shoots in La Reforma Prison in Alajuela.

In only 10 years, Ramírez has become the Alejandro González Iñárritu of Costa Rican cinema. When “Caribe” was released in 2004, the film won an Audience Award at the Huelva Latin American Film Festival, and Ramírez himself won Best Director at Trieste Festival of Latin Ameerican Cinema. Indeed, the film is widely available on Netflix in the United States, where Costa Rican filmmaking is virtually unknown.

Ramírez takes on serious social issues. “Caribe” tells the story of a farmer in Limón who is attracted to his wife’s friend and is considering a Faustian deal with menacing oil tycoons. “Gestación” (“Pregnancy”) is based on a true story about a teenaged girl who gets pregnant and is ostracized by her community. “Presos” (“Prisoners”) continues this tradition, and will be his most personal work yet: The film was inspired by a 1973 documentary about prison life in Costa Rica. That film, also called “Presos,” was filmed by the director’s father, Victor Ramírez. “Presos” follows the lives of several male characters as they struggle with incarceration, then social alienation after prison.

The theme is particularly prescient now, thanks to overcrowding. In October, San Sebastián Preventative Prison in San José released 240 inmates early. A couple of these freed inmates were arrested shortly thereafter. While Costa Rica has gained little notoriety for its prisons, the nation still lives in the shadow San Lucas Island, where prisoners were allegedly abused and tortured for nearly 80 years, as well as more recent scandals.

“I hope that it is another important film,” Ramírez said recently in an interview with CRHoy. “I think it has similarities [to my previous films], and I think it has the strength and force of ‘Caribe’ and the everyday aspect of ‘Gestación.’ I think it will be a mixture of the two, a more mature production.”

The production’s total budget is about $600,000, and there are about 35 speaking roles, plus extras. Most of the crewmembers are in their twenties and look like recent college students. But Ramírez runs a professional operation, and most of his staff have worked on a variety of projects before this. (Ramírez has noted proudly in interviews that crewmembers hail from across Latin America). Cosmeticians apply makeup between takes, and technicians are making minute adjustments to the camera. During one shoot, traffic outside the building caused too much ambient noise, so a pair of grips pressed a mattress against the door to muffle the sound.

The Costa Rican press has been particularly interested in Ramírez’s casting of “Presos.” Natalia Arias appeared in “Gestación” in a supporting role, but here she takes center stage as Victoria, a struggling 19-year-old girl. The leap is striking: Arias had never performed in front of a camera before “Gestación,” and now she is co-starring in the biggest Costa Rican film of the year. Press material has described Victoria as a woman “desired by several men,” although given Ramírez’s track record of dynamic female roles, there will likely be more to the part.

“I’m just happy to have the opportunity,” said Arias, during a break from shooting. “[Ramírez] needed an actress, and I was like, hi.” She laughs. “Acting is very difficult in Costa Rica. There is no industry. But if it’s possible, I want to do it. It’s a beautiful thing.”

Ambitions aside, Arias also appreciates the film’s message: “The themes are about the reality of Costa Rica. In ‘Gestación,’ there were issues of religion, family, money, social problems. The film will also have important themes about prison.”

The story centers on young couple Emanuel and Victoria and the hardships they face, which escalate in unexpected ways. Another lead actor, Daniel Marín, came back to Costa Rica, where he was born, to play Emanuel. Marín lives in L.A. and works as an actor, most notably as the official Spanish voice for Burger King, and is “honored” to have landed a lead part.  “It’s a role that I think every actor would love to play because it has a very rich arc,” Marin said. “I think this movie is going to do a great job of putting Costa Rica on the international cinematic map; it has a little bit of everything.”

Alejandro Aguilar, a stage and screen actor from Colombia, is also among the cast members. Given the provocative national themes of “Presos,” it’s a a wonder that Aguilar had never known Costa Rica before he joined the cast. But he is passionate about the work.

“It’s like having a baby,” says Aguilar. “This film is about prisoners. In Colombia, we have the same thing. I’m familiar with the context and what the film wants to show. We are all prisoners of something – it could be a thing like a cellphone, a relationship, a job. Even when we aren’t in jail, we are all prisoners.” 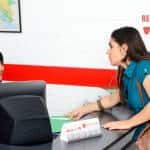 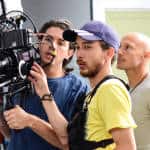 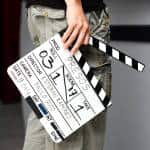 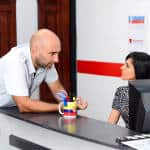 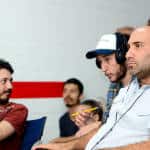 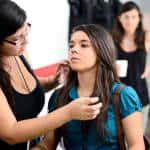 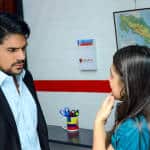 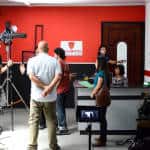 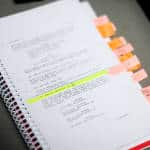