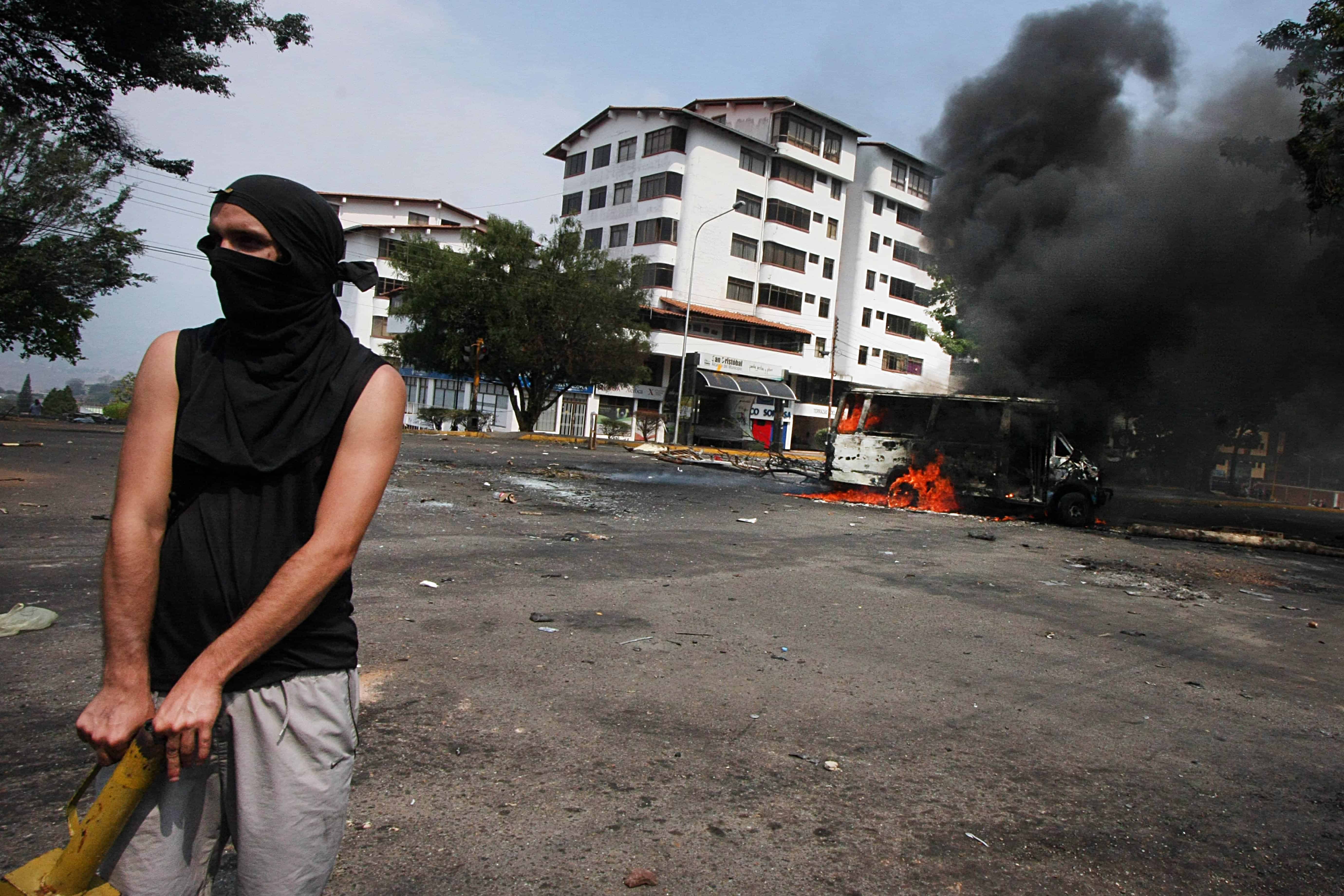 CARACAS, Venezuela – Fewer Venezuelans came out to protest against the government over the weekend after President Nicolás Maduro threatened to use the military to “liberate” middle-class districts from makeshift barricades.

A march against alleged Cuban infiltration of the armed forces attracted a few thousand people Sunday in the Caracas borough of Chacao, the heart of the month-long anti-government protests that have taken 28 lives. Similar rallies in past weeks drew more than 10,000 people.

At night, National Guard troops in Chacao dispersed a few hundred protesters with tear gas and water cannons as residents shouted “assassins” from surrounding apartment blocks and removed manhole covers to block the advance of Chinese-made armored trucks. To reduce the shortages of goods that are fueling the protests, the central bank has said it will start a new foreign currency system this week that will allow companies and individuals to buy and sell dollars at a price determined by the market.

“Prepare yourself, we are coming for you,” Maduro warned demonstrators in an address to thousands of soldiers gathered in support of the president on March 15. He then played John Lennon’s song, “Give Peace a Chance.”

A tougher police response and fatigue from daily marches have drained some of the momentum from the protest movement, said David Smilde, senior fellow at the Washington Office on Latin America, a human rights organization.

“Venezuela has been experiencing a progressive criminalization of protest over the past couple of years, with repression rarely seen under Maduro’s predecessor, Hugo Chávez,” Smilde said by email from Caracas Sunday. “As the inherent flaws of economic policies and political model” make Chávez’s revolution “increasingly fragile, the government seems more willing to rely on force.” “You’ve got inflation, you have shortages and growth that’s not robust,” he said in an interview on the local Televen network. “Venezuela has the ability to overcome this not-so-good patch.”

Consumer prices rose 57 percent in the 12 months through February and the central bank stopped publishing data on shortages after last month’s report showed that more than one in four basic goods were unavailable in shops at any one time.

To cut the illegal contraband of subsidized products, Maduro said Sunday the government will issue citizens with electronic cards for food purchases in state supermarkets. The so-called Secure Supply Card is to protect the people from speculators and not a way to ration food, the president told a rally of supporters in the capital.

Opposition leader Henrique Capriles said he’s ready to talk to Maduro about ending protests after boycotting at least two other meetings with the president.

“This debate needs to happen,” Capriles said in a separate interview on Televen Sunday.

Opposition parties and students have vowed to continue protesting across the country until Maduro releases political prisoners, improves the supply of products and ends police repression. The president has called the protesters “fascists,” charging them with attempting a “slow-motion coup” against him with help from the U.S.