What does it mean to be Rainforest Alliance certified? 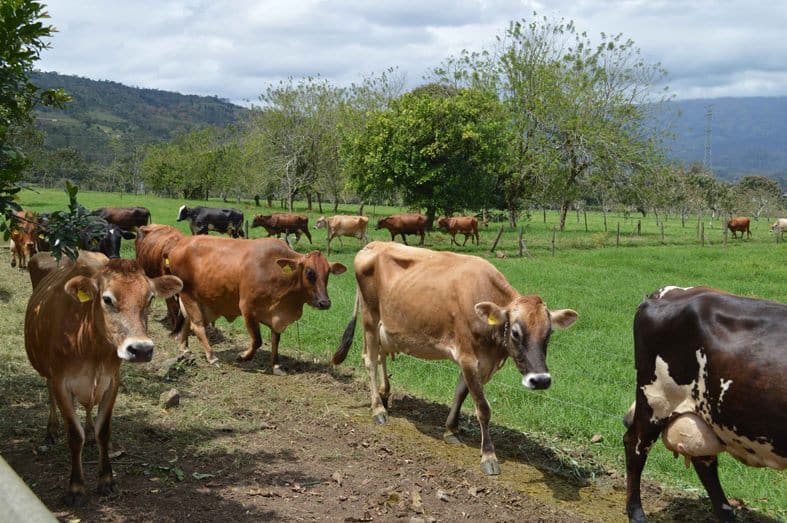 At the end of February, the Rainforest Alliance announced that a cattle farm in Turrialba was the first in Costa Rica to receive its certification. This sounded like good news for the Tropical Agricultural Research and Higher Education Center, better known as CATIE, the organization that owns the farm. But what does it mean to be Rainforest Alliance certified?

The Rainforest Alliance is an environmental nonprofit based in New York City that aims to conserve biodiversity and encourage responsible land use. The organization has a strong presence in Latin America, where it assesses farms for sustainable practices and offers certification to companies that meet their standards, which include an on-site education program, ecosystem preservation (trees in particular), water conservation, wildlife protection, progressive labor practices and a digestible diet for cows to reduce methane emissions. The standards are set by the Sustainable Agricultural Network (SAN), a separate coalition of conservation groups.

“Earning Rainforest Alliance certification is a significant accomplishment for CATIE,” said José Joaquín Campos, CATIE’s general director, in a statement. “This farm will now serve as a training and education resource that will allow us to demonstrate that it is possible to produce a quality product while conserving the environment.”

Costa Rica’s CATIE arm is based in Turrialba, but the organization has branches in a dozen countries, from Bolivia to the Dominican Republic. The certification only applies to the cattle farm in Costa Rica.

What is significant about Costa Rica’s CATIE farm is its size and influence: The Turrialba farm consists of more than 1,490 acres of land, and products include coffee, dairy, sugarcane, beef and lumber. CATIE supplies milk to Dos Pinos, one of the nation’s staple dairy companies.

While other types of farms in Costa Rica have garnered certification from the Rainforest Alliance, not a single livestock farm has succeeded until now. In the world of sustainable agriculture, cattle farms are cumbersome. Cattle produce large amounts of methane, a greenhouse gas, and farmers routinely siphon manure into rivers. Ideally, the manure is reused as a natural fertilizer, but many farms find it cheaper to dump bovine waste and buy synthetic fertilizers.

“A cattle farm is also asked to counter the impact of deforestation,” said Ana Lucía Corrales, manager of certification at Rainforest Alliance.

Managers have started to catalog wild animals in the area, especially endangered species living on or near the property. Because CATIE is the first cattle farm in Costa Rica to receive the certification, Corrales hopes that other operations will be inspired to follow suit.

The certification can have lucrative benefits to CATIE. Corrales has seen businesses in other countries flourish, such as a group of Brazilian farms whose stewardship won them a contract with the designer Gucci. CATIE may be able to negotiate prices, just as certified organic companies do in the U.S., but this will depend on the market.

The toughest hurtle lies ahead: Certification is only valid for three years, when the Rainforest Alliance will inspect operations again. Even sustainability needs to be sustained.