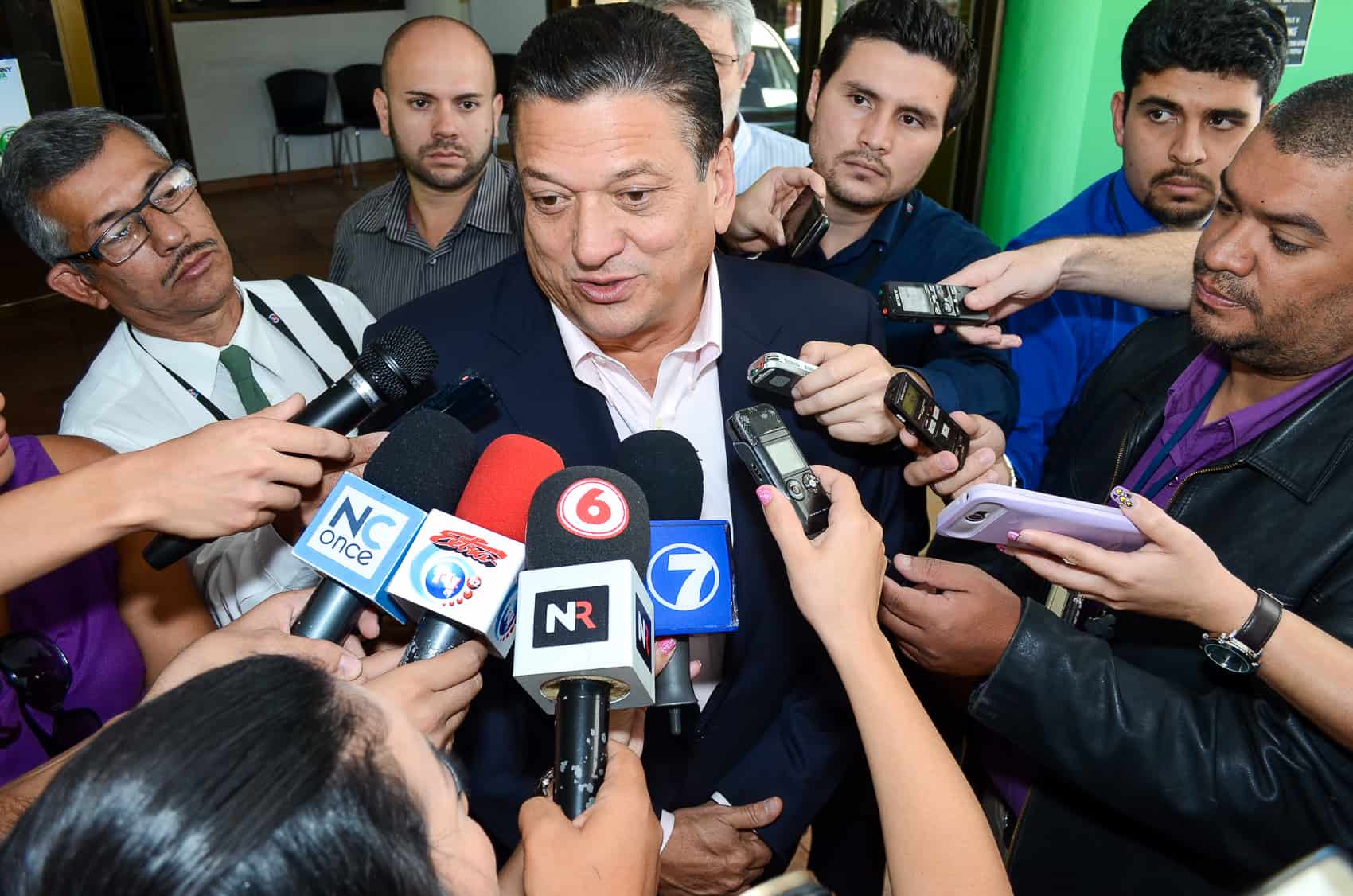 National Liberation Party (PLN) presidential candidate Johnny Araya has been fuming over a request for information by Costa Rica’s Tax Administration that was leaked to local media this week. Araya says the move was calculated to hurt his chances at the polls in an April runoff.

On Wednesday, a Tax Administration employee served Araya in person with a request for information about purchases by one of his corporations, the daily La Nación reported. The candidate, however, said he was blindsided when the functionary appeared at his doorstep with a bevy of reporters in tow.

Araya’s campaign said those types of information requests should be confidential, and accused the Finance Ministry of mishandling the affair. Araya, who promptly phoned the finance minister to demand an explanation, said he likely will file a formal complaint.

“I’ve been the victim of a setup and I have every right to fight it,” Araya said during an interview Thursday morning with ADN Radio 90.7.

The candidate denied any irregularity or noncompliance on tax payments and said his lawyer and accountant would undergo an “exhaustive” revision of his tax statements, according to a press release from his campaign Wednesday night.

The PLN candidate denied he was ever accused of tax evasion.

The former mayor of San José said that three of the five items were related to personal purchases, including a set of furniture, which did not require reporting. Araya denied any knowledge of the other two items, including a supposed payment to the National Insurance Institute (INS) for ₡160 million, roughly $315,000.

In an interview with La Nación Thursday afternoon, Albino Vargas, president of the National Association of Public and Private Employees (ANEP) admitted to tweeting the news that Araya would be served a request for information from the Tax Administration on Wednesday.

Vargas denied that there was any plot against Araya:

“It doesn’t seem to me that there was any setup. A setup presumes premeditation, almost a plot. Don Johnny is seeing ghosts where there are none.”

Later Thursday, Araya’s campaign released a statement claiming that the supposed $315,000 payment to INS was actually a health insurance policy for athletes participating in the March 2013 Central American Games in San José incorrectly attributed to the ruling party candidate.

Araya’s campaign said the candidate would sue the Tax Administration for presenting him with a request for information without evidence.