Investigation continues into causes of plane crash in Costa Rica 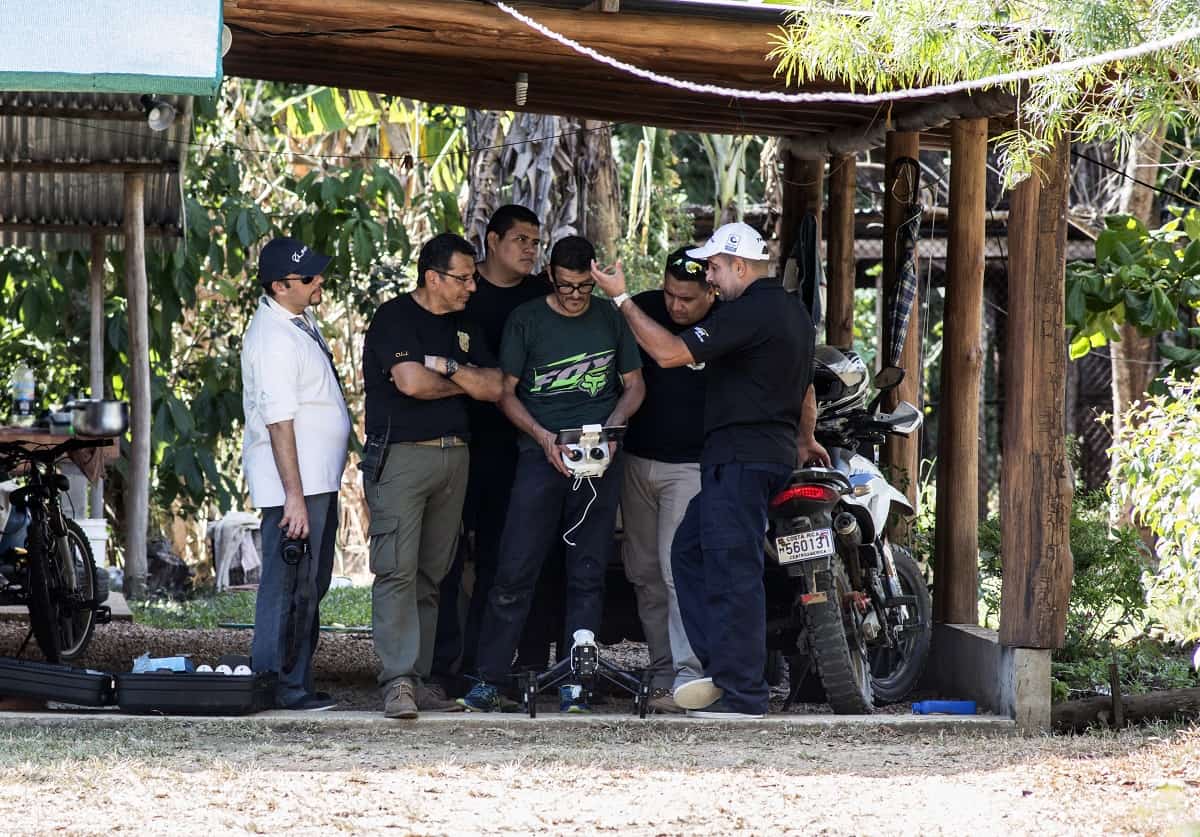 Judicial Investigation Organization (OIJ) officials collect information on Jan. 1, using a drone, to help them determine why a small plane crashed the day before in Corozalito, Guanacaste, Costa Rica, on New Year’s Eve. Ten U.S. citizens and two Costa Rican crew members flying from a vacation hotspot on Costa Rica’s Pacific coast died Dec. 31 when the small plane they had just boarded crashed and burst into flames shortly after takeoff.

Costa Rican authorities began the identification of the bodies of the victims on Tuesday, but said the process will be difficult because the fire that consumed the aircraft after the crash makes obtaining DNA samples a challenge.

“There is a process that is neither quick nor simple to identify the bodies,” Judicial Investigation Police (OIJ) Assistant Director Michael Soto said at a press conference.

The remains of the victims of the crash have been transferred to the judicial morgue.

Soto said that two possibilities have emerged as causes of the accident: the strong winds that were affecting the area at the time of the crash, or a mechanical failure.

“At this time we have not clarified either of these two circumstances,” he said.

The accident occurred just after noon on Sunday, killing all on board the small Cessna 208 Caravan, owned and operated by domestic airline Nature Air.

Costa Rica’s Civil Aviation agency said the pilots had tried to land at Punta Islita earlier Sunday to get the passengers but aborted their initial landing because of “the gusts of wind.”

The aircraft was up-to-date with its certifications and had been inspected a month earlier, the agency said.

“There had been a lot wind, really strong,” one resident in the area told AFP on Monday.