The U.S. is one of the world’s biggest tax havens 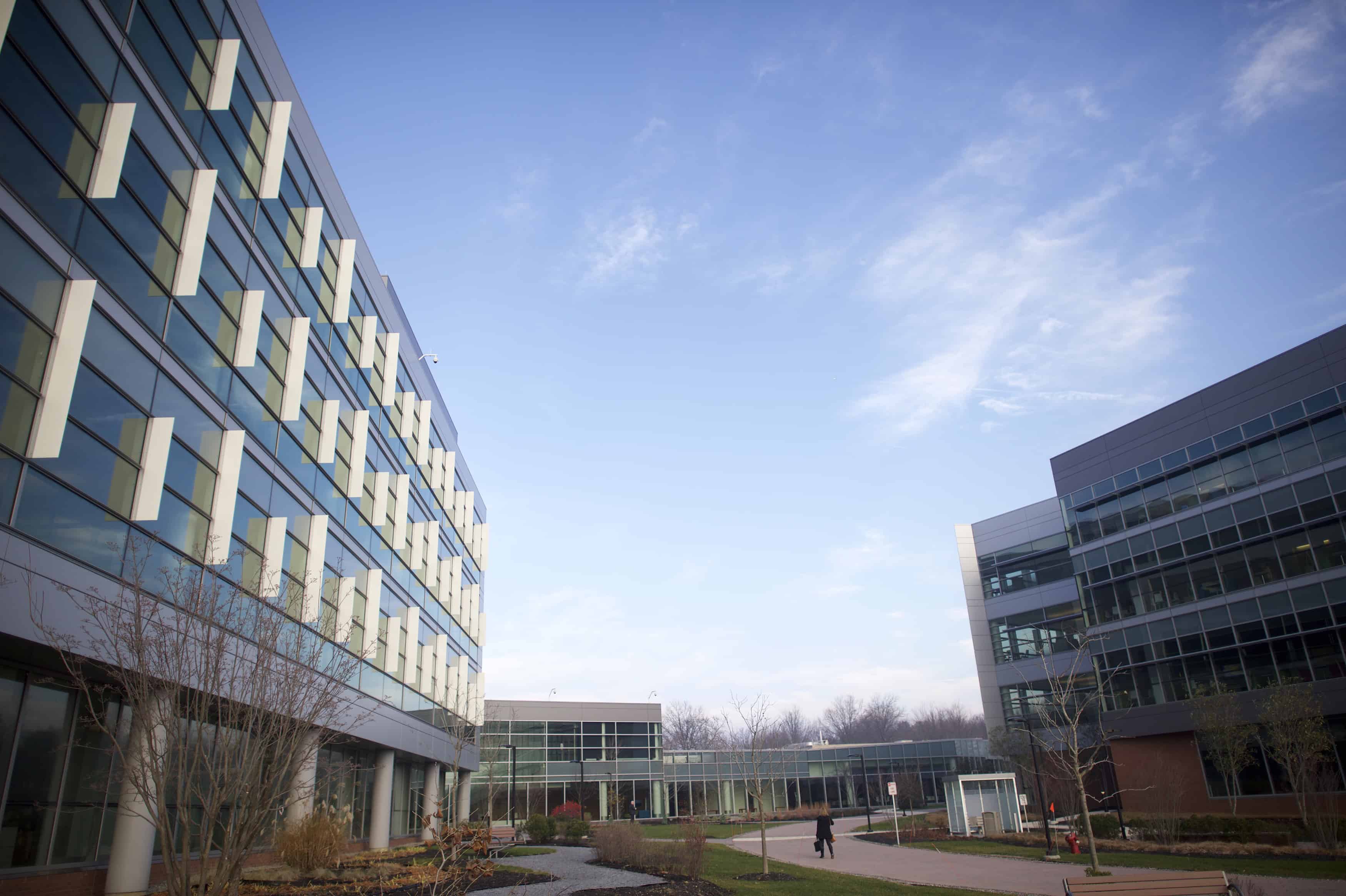 The single-story brick building at 1209 North Orange St. in downtown Wilmington, Delaware, looks bland and innocuous. But the building, home to the Corporation Trust Company, has an intriguing claim to fame. In the last few years, it has served as the registered address for more than 250,000 businesses, giving companies around the world access to Delaware’s business-friendly laws.

During his 2008 presidential campaign, Barack Obama criticized Caribbean tax havens. He mentioned one building in the Cayman Islands that is the registered home of more than 12,000 U.S.-based corporations, saying, “That’s either the biggest building in the world or the biggest tax scam on record.” But as the example of 1209 North Orange St. demonstrates, the same activity is going on in President Obama’s backyard.

A massive leak of confidential documents from Mossack Fonseca, a law firm in Panama that helped wealthy clients set up anonymous companies in tax havens, is highlighting how the global offshore industry secretly invests massive amounts of wealth around the globe. The 11 million leaked documents cover 40 years of the law firm’s operations and allegedly touch on the financial dealings of 12 current or former heads of state, as well as 60 more people linked to world leaders.

The documents, which have not been reviewed by The Washington Post, allege connections among offshore accounts set up by Mossack Fonseca and money laundering, bribery and tax evasion, among other charges, according to The Guardian, the International Consortium of Investigative Journalists, and other publications that accessed the documents.

Mossack Fonseca largely helped its clients set up offshore accounts in the kind of tropical locations that people typically think of as tax havens – the British Virgin Islands, Panama, the Bahamas and the Seychelles – countries that do play a big role in shuttling the wealth of the world’s richest people around the globe.

“We often say that the U.S. is one of the easiest places to set up so-called anonymous shell companies,” says Mark Hays, a senior adviser with Global Witness, an NGO that advocates for financial transparency.

Offshore isn’t so much a destination anymore as “a set of capabilities,” which include ensuring secrecy, minimizing taxes, managing assets, and providing clients security and access to their wealth from anywhere in the world, James Henry, a senior adviser to the Tax Justice Network and former chief economist of McKinsey & Co, wrote in a 2012 report. The Tax Justice Network ranks the U.S. third in terms of the secrecy and scale of its offshore industry, behind Switzerland and Hong Kong but ahead of the Cayman Islands and Luxembourg.

A 2012 study in which researchers sent more than 7,400 email solicitations to more than 3,700 corporate service providers — the kind of companies that typically register shell companies, such as the Corporation Trust Company at 1209 North Orange St. — found that the U.S. had the laxest regulations for setting up a shell company anywhere in the world outside of Kenya. The researchers impersonated both low- and high-risk customers, including potential money launderers, terrorist financiers and corrupt officials.

Contrary to popular belief, notorious tax havens such as the Cayman Islands, Jersey and the Bahamas were far less permissive in offering the researchers shell companies than states such as Nevada, Delaware, Montana, South Dakota, Wyoming and New York, the researchers found.

Part of the reason that the U.S. looks so attractive as a tax and secrecy haven is that the country has not signed on to new global disclosure standards that are forcing anonymous companies to reveal their real owners around the world. Compared with other developed countries, and even traditional offshore destinations such as Switzerland and the British Virgin Islands, the U.S. now appears to be among the most lenient and secure destinations for the fortunes of the global rich.

Since the late 1990s, the “onshore-offshore” market in the U.S. has blossomed, as states have competed with each other to provide inexpensive limited liability corporations and asset protection trusts with levels of secrecy and tax advantages similar to those of traditional offshore havens, writes Henry of the Tax Justice Network.

“In some places [in the U.S.], it’s easier to incorporate a company than it is to get a library card,” Joseph Spanjers of Global Financial Integrity, a research and advocacy organization that wants to curtail illicit financial flows, said in an interview earlier this year.

There’s nothing inherently wrong with shell companies, which are inactive companies without assets or operations. Sometimes shell companies are used for legitimate purposes, such as when companies use them to temporarily conceal the development of a new product until its release, or make an investment in a new technology without alerting competitors. Anonymous companies also help protect the privacy of wealthy individuals, including hiding personal wealth to diminish the risk of kidnapping.

Too often, however, shell companies are used as a vehicle for criminal activity — disguising wealth from tax authorities, financing terrorism, concealing fraudulent schemes, or laundering funds from corruption or the trafficking in drugs, people and arms. A report published by Global Witness in 2014 detailed some of the nefarious purposes shell companies have been used for in the U.S., including setting up sham companies that tricked elderly people into investing in worthless business schemes, laundering millions of dollars from Mexican drug cartels, accepting political bribes, and circumventing U.S. sanctions against Iran.

Critics of the industry say that those worried about these practices must be concerned about anonymous companies, which are instrumental in funding and concealing them from law enforcement investigations.

In the secretive offshore industry, estimates for how much money is invested through shell companies registered in the U.S. are hard to come by. But anecdotes suggest that this laxity of regulation has led to the creation of many anonymous companies in the U.S. that could be used for nefarious purposes. U.S. firms are legally prohibited from knowingly helping customers to avoid taxes, but they can offer them privacy and secrecy, and ask very few questions.

Reporting by Bloomberg detailed how lawyers, trust companies and financial firms including Rothschild are moving offshore accounts from locations such as Switzerland and Grand Cayman Islands into the U.S. to take advantage of the country’s relative lax regulations. Nearly half of residential properties purchases of over $5 million made in the U.S. in the last few years were carried out by anonymous shell companies, data analyzed by the New York Times has shown.

These trends are in part the result of changing global regulations since the financial crisis, which are making the U.S. look even more appealing as a financial destination.

Since the financial crisis, developed countries have led a crackdown on global tax havens, as a way to recover revenue and mitigate skyrocketing inequality. In 2010, the United States implemented legislation called the Foreign Account Tax Compliance Act, or FATCA, in hopes of catching U.S. tax cheats. The law required financial firms around the world to report accounts held by U.S. citizens to the Internal Revenue Service – or else face being frozen out of the U.S. financial system.

Related: Have you received a FATCA letter?

In response, the Organization for Economic Co-operation and Development, a group of 34 advanced countries, drew up its own tough tax disclosure requirements, called Common Reporting Standards, and asked roughly 100 countries and jurisdictions around the world to approve them. Only a handful of countries have refused, including Bahrain, Vanuatu and the United States.

The United States argues that since its program is similar to Europe’s, it doesn’t need to join it – instead, the United States plans to sign bilateral agreements with other countries. But in the interim, the United States is not providing European countries with the kind of data it is requesting from them — creating an incentive for financial firms to move their business to the United States. The result is, basically, a “disaster,” says the Tax Justice Network, a research and advocacy group. “Washington’s independent-minded approach risks tearing a giant hole in international efforts to crack down on tax evasion, money laundering and financial crime,” the group says in a report on the U.S.

European countries are passing other regulations to lift the veil on the kind of secrecy shell companies create. The U.K. has created a public registry for companies, which allows anyone to freely look up the beneficial owners of all British companies. Meanwhile, the EU has passed a sweeping anti-monetary directive, under which countries are setting up company registries that will be available to law enforcement, as well as the public and the media by special request.

In the U.S., Global Witness and other groups are pushing for similar legislation. Reps. Carolyn Maloney, D-N.Y., and Peter King, R-N.Y., and Sen. Sheldon Whitehouse, D-R.I., have introducing a bill calling for all shell companies registered in the U.S. to report their real owner, called a “beneficial owner.”

But the bill has faced resistance from Delaware, Nevada, Wyoming and other states through an organization called the National Association of Secretaries of State, who worry about the loss of tax revenues and the burden of regulation.

So far, the documents from Mossack Fonseca have not implicated U.S. politicians or other wealthy people, according to Fusion, which reviewed the leaked material. Those names may yet emerge, though, in an interview with Fusion, Henry of the Tax Justice Network suggests that there is a reason for their absence.

The U.S. has an onshore haven industry that is as secretive as anywhere, Henry said. “[Americans] discovered that they really don’t need to go to Panama.”

Ana Swanson is a reporter for Wonkblog specializing in business, economics, data visualization and China.