Swords into ploughshares, guns into art 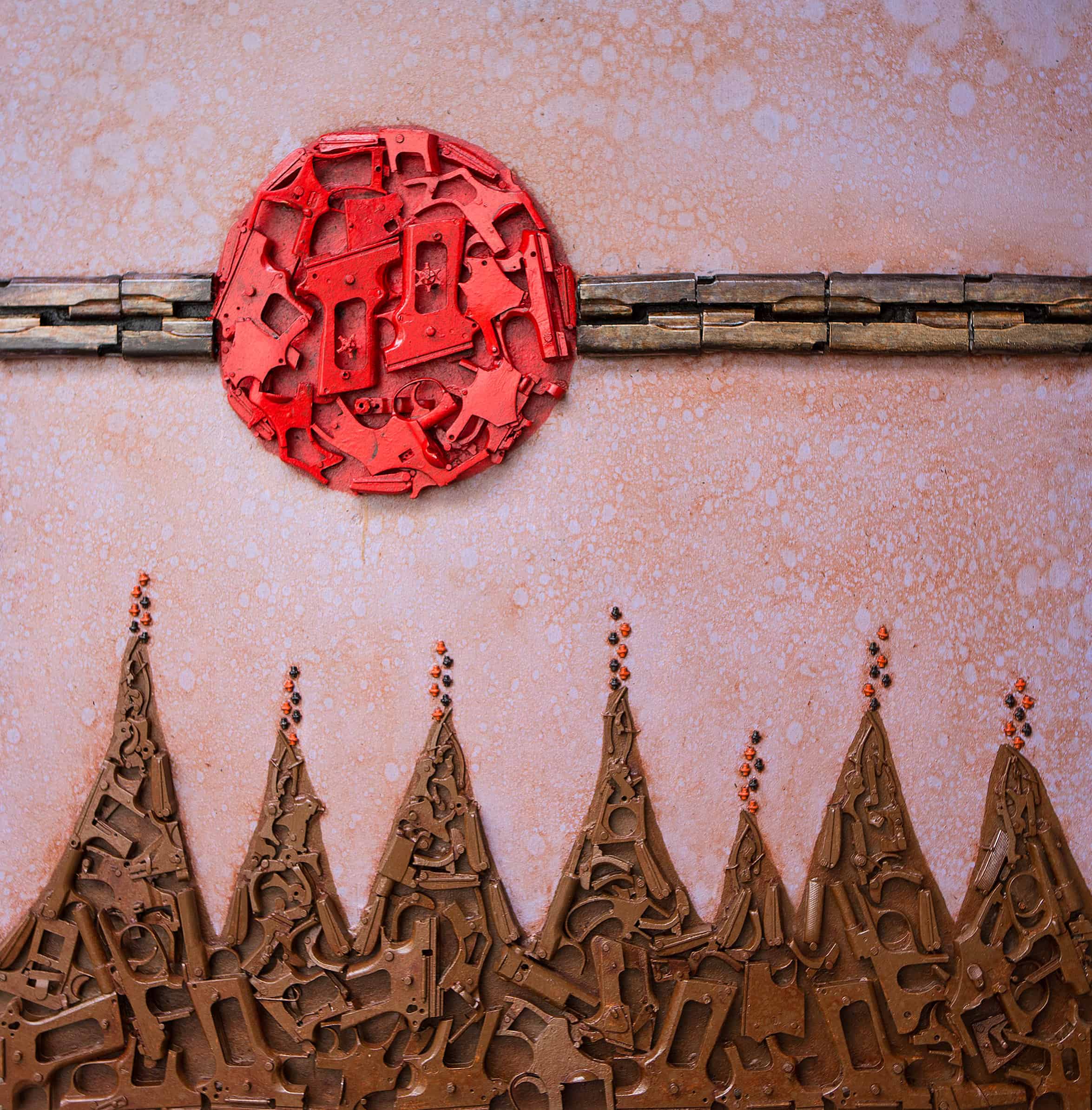 Juan Carlos Chavarría is an artist who creates art and peace out of old, decommissioned guns. He isn’t just using the metal parts as a medium for his art; he is also sending a message.

“I’m taking something designed to kill and destroy and changing it into something positive and inspirational,” the artist told The Tico Times.

Using more than 800 pounds of material from guns decommissioned and ground up by the Ministry of Public Security, some of which were used in crimes, he wants to educate and inspire. The 21 works in his collection represent positive values: Hope. Love. Respect. Peace. Harmony. Dialogue. Freedom. Truth.

The works are big, about a square meter, and quite heavy – but they have been quite mobile nonetheless. Chavarría has had several shows here and has presented them abroad.

“This is a peaceful country,” he reminds his audiences.

Chavarría began work in 2012 with “Hora Zero, Esperanza” (“Zero Hour, Hope”) using 33 pounds of pieces of guns that he got from Public Security. Because of the ministry’s concern over how the material was to be used, he arranged to have a space in the ministry’s buildings for a workshop.

The technique is his own invention: he mounts the metal on wood and adds paint later.

“It’s a combination of painting and sculpture,” he says.

When the first work was finished he shipped it to Cuzco, Peru to show at an international peace meeting. This work is now on permanent display at the Ministry of Public Security.

Encouraged by the positive reaction to “Zero Hour,” Chavarría created the other works, starting with a wood base, laying out the metal pieces and adding color to the surfaces. Gun particles are visible in the work. In 2014 he presented the collection at an international meeting on cluster bombs held here in Costa Rica. There followed shows at the Juan Santamaría Museum in Alajuela and the Museum of Cartago, which, he points out, were once military quarters.

Chavarría likes the idea of turning “something negative and destructive into something positive.”

These paintings are not for sale, says Chavarría. They are to educate and inspire. The artist shares one of his works. Mitzi Stark/The Tico Times