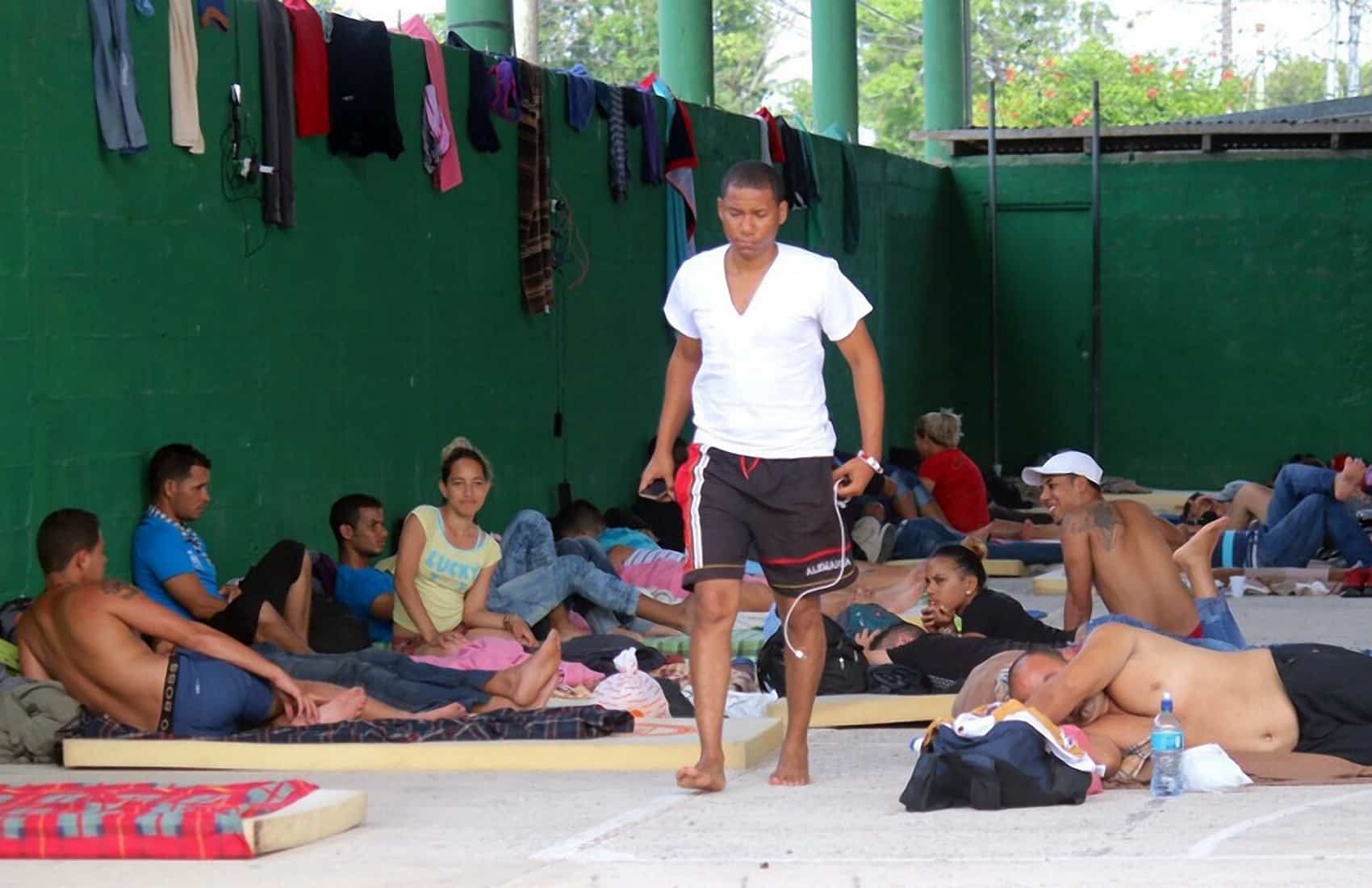 Thousands of Cuban migrants are at temporary shelters near Costa Rica's border with Nicaragua, hoping to continue their trip to the U.S. (Álvaro Sánchez/The Tico Times)

Costa Rica has decided to deport Cuban migrants who have entered the country in recent weeks without a valid visa. The decision, confirmed by Immigration Administration Director Kathya Rodríguez, comes as the country is still struggling to deal with thousands of Cuban migrants marooned in the country with transit visas issued by the Costa Rican government but with no other nearby country willing to let them pass on their way to the U.S.

A group of 56 Cubans are currently at the Immigration’s Administration temporary detention center in San José ready for deportation, Rodríguez said. Officials are now negotiating the purchase of plane tickets, but they’re facing high-season prices plus problems finding space on flights over the holidays. “We also have to buy roundtrip tickets for all Immigration Police officers that will escort the migrants,” Rodríguez said.

Foreign Minister Manuel González Sanz said the government ruled out sending the migrants to a third country since currently no other government has shown interest in receiving them.

Costa Rica since Nov. 14 has granted nearly 8,000 transit visas to Cubans who arrived by land through the border with Panama seeking to reach the U.S. Most of them are still stranded on the country’s border with Nicaragua, which won’t let them in without valid visas.

The situation worsened when Guatemala, Belize and El Salvador also announced their refusal to allow the migrants to pass through their countries. Earlier this month, President Luis Guillermo Solís decried what he said was a lack of regional cooperation to resolve the Cuban migrant crisis, and said Costa Rica was suspending political participation in the Central American Integration System (SICA), a regional body meant to resolve disputes between member states.

Now, Solís says the country will stop granting temporary visas to Cuban migrants and that any Cuban citizen found within Costa Rican territory with an irregular migration status will be deported.

Hundreds of Cubans are still on the country’s border with Panama, waiting for Costa Rica to grant them new transit visas to continue their journey to the U.S. where they are hoping to take advantage of the Cuban Adjustment Act authorizing them to enter if they arrive by land or sea.