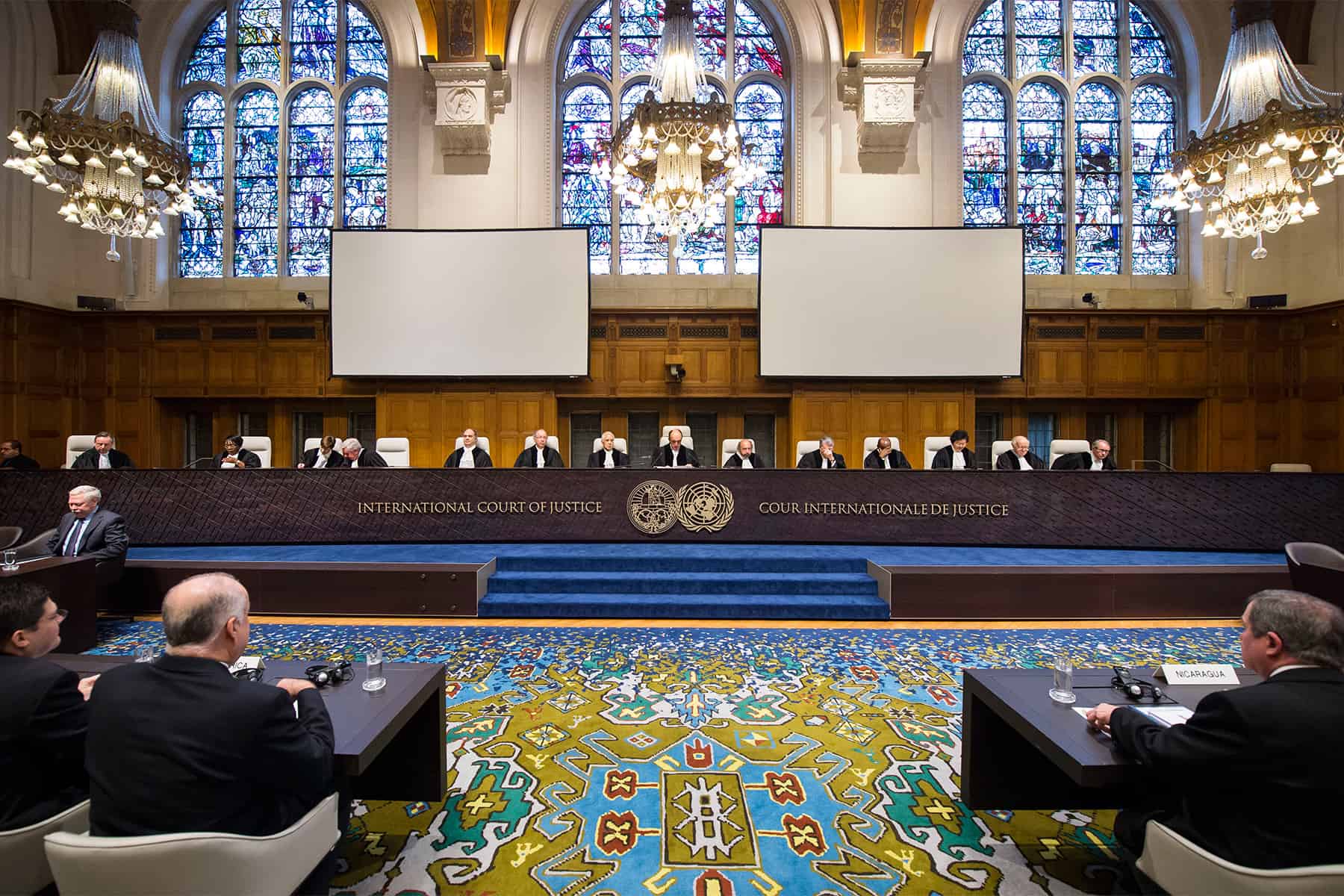 Justices of the International Court of Justice on Wed. 16, 2015 read the full ruling on mutual accusations brought before them by Costa Rica and Nicaragua. ((Via ICJ))

The International Court of Justice (ICJ) on Wednesday recognized Costa Rica’s sovereignty over a 2.5-square-kilometer disputed territory on the border with Nicaragua, one of the main claims fought over by the two countries at The Hague-based court.

“The sovereignty over the disputed territory belongs to Costa Rica,” Justice Ronny Abraham said. The justice said the artificial canal opened by Nicaragua in 2010 through Isla Calero, also called Isla Portillos or Harbour Head Island, was within Costa Rican territory and not part of the common border between the two countries.

Nicaragua also was ordered to compensate Costa Rica for damage caused to its territory.

The court dismissed Nicaragua’s complaint that the construction of a 160-kilometer road that runs parallel to the San Juan River caused irreparable damage to the river. Justices, however, found that Costa Rica had violated Nicaragua’s rights by failing to conduct an environmental impact study prior to construction of the road.

“It’s a great victory for the country, for our people. The result was not a coincidence, it’s the result of the hard work of our legal team,” he said.

Foreign Minister Manuel González at a press conference in Casa Presidencial said officials are pleased with the court’s analysis of the case and its ruling, saying they strengthen hope in international law to solve differences between countries.

Former President Laura Chinchilla also addressed the ruling at a press conference saying she was very happy that the ruling was overwhelmingly in favor of Costa Rica.

Both countries had previously accepted to abide by the court’s decision.

Below is a timeline of events in the Costa Rica–Nicaragua border dispute:

Niagara Falls, which borders the United States and Canada, shone in the colors of the Costa Rican flag as part…

The Panamanian government said Monday it will enable an unfinished hospital to care for Covid-19 patients. The hospital's construction, the…