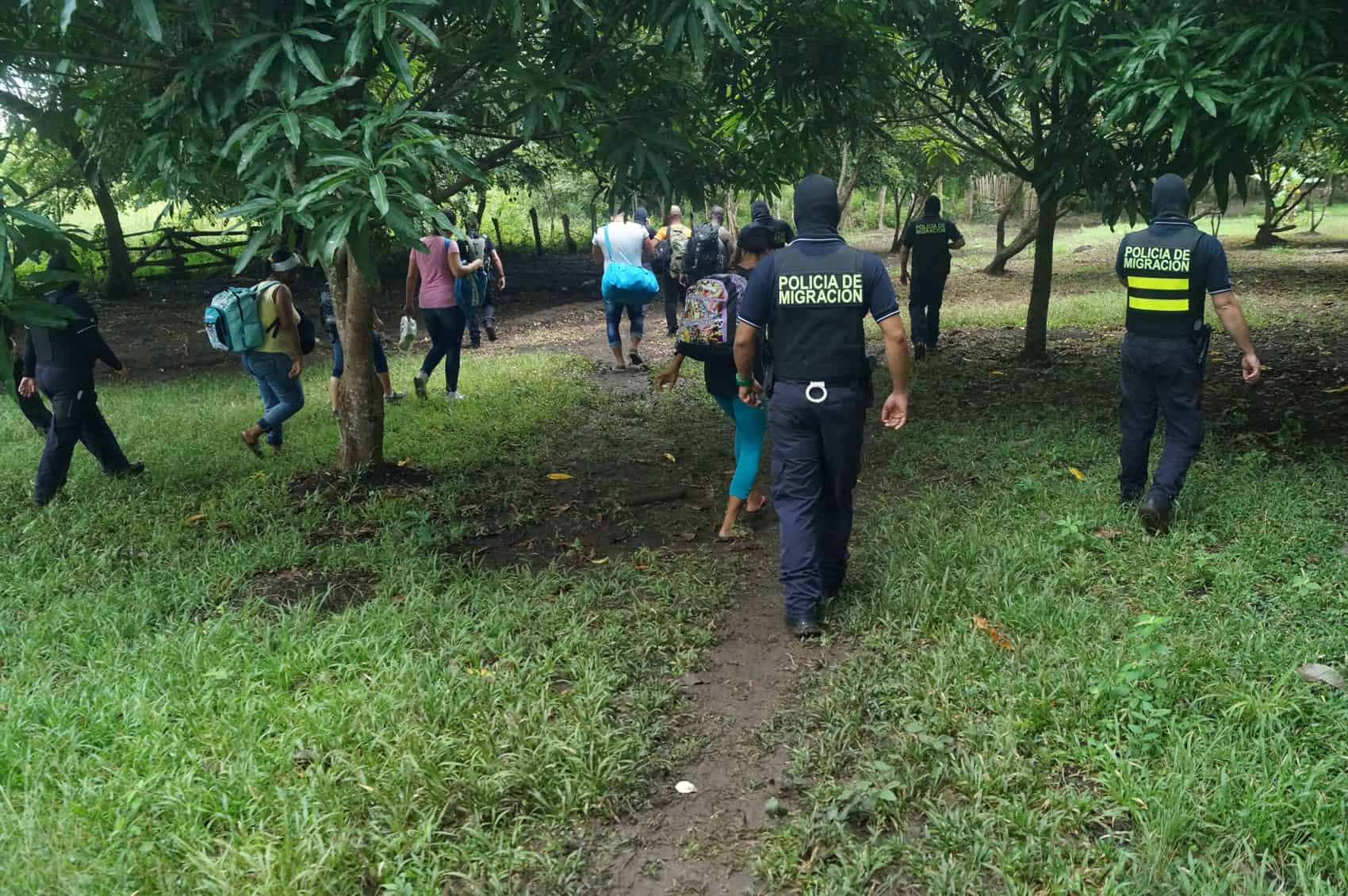 More than 100 police with air support carried out eight raids across Costa Rica Tuesday morning, targeting an organized crime network responsible for smuggling Cuban migrants from Panama to Nicaragua on their way to the United States, according to a statement from the Immigration Administration.

Authorities arrested 13 people in the raids, including nine at a property in the northwestern province of Guanacaste, where the network illegally moved migrants across the border. The operation allegedly smuggled Nicaraguans south and Cubans north, and 14 Cuban and 12 Nicaraguan migrants were discovered in five homes on one property. All of the migrants were in good health, Immigration Director Kathya Rodríguez told The Tico Times.

The transnational network, headed by a Costa Rican woman surnamed Rodríguez Torres, allegedly charged Cubans between $7,000 and $15,000 to smuggle them across Central America to the United States. That amount could increase to as much as $30,000 per person for extra-continental migrants from Africa or Asia, according to a statement from the Prosector’s Office. The organization could move up to 40 people a day across the border.

The journey for many of the migrants started in Ecuador, where Cubans can travel without a visa. From there, they traveled through Colombia and Panama before reaching Costa Rica, officials said. The network collected Cuban migrants along the southern border at Paso Canoas and moved them in tourist buses or taxis north to hotels in San José. From here, the network arranged their transportation in Nicaragua through Guatemala and Mexico until they reached the United States.

According to a recent story in Al-Jazeera America, Mexico registered a record number of 6,447 Cubans en route to the U.S. in the first nine months of 2015, a five-fold increase over the previous year. Observers say the recent wave of Cuban migrations throughout the hemisphere is prompted by a fear that in the wake of warming U.S.-Cuba diplomatic relations, the U.S. will soon change its “wet foot, dry foot” policy for Cubans, implemented in 1995.

Meanwhile on Tuesday, two hotels in San José – El Capital and Los Gemelos – were raided and two people were arrested in connection with the criminal organization, according to a statement from the Immigration Administration. Other raids across the Greater Metropolitan Area, which includes San José and parts of Alajuela, Heredia and Cartago, took place in Aserrí, Desamparados, Alajuelita, Paso Ancho and Coris de Cartago.

The Cuban migrants were sent to a detention center in the Hatillo neighborhood of San José where they would be processed for deportation, director Rodríguez said during a news conference. The director said the Cuban migrants would likely be sent to Nicaragua — which accepts Cuban migrants — considering the cost to the Costa Rican government of flying them back to the island.

Rodríguez said there has been a steady increase in the number of Cuban migrants traveling illegally through Costa Rica since 2012. The Cuban emigration through Costa Rica has increased a whopping 242 percent from the roughly 50 Cubans found passing though in 2011 to the 12,166 found until September of this year.