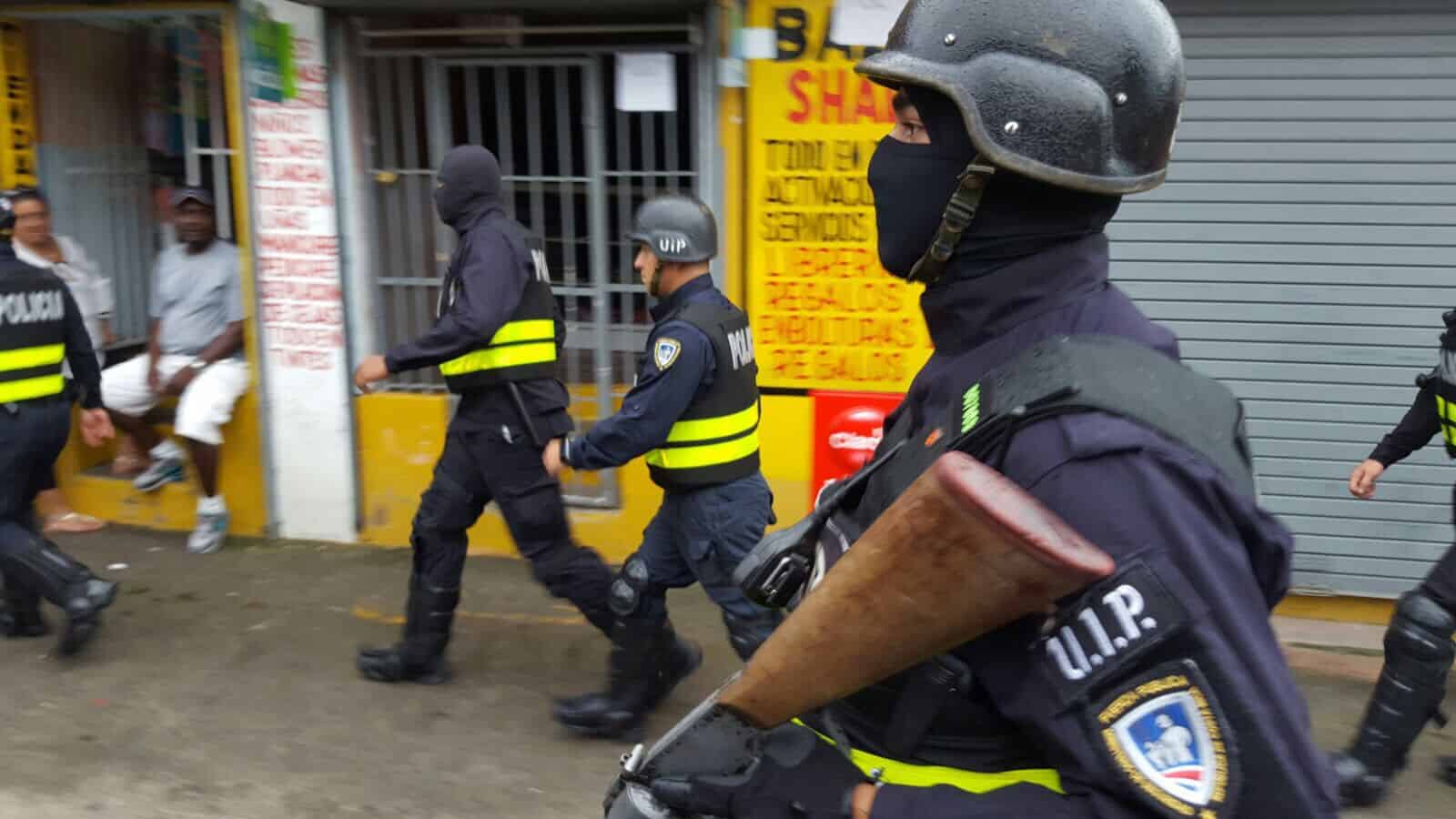 Officers in tactical gear and armed with high-capacity weapons were seen patrolling several streets, sidewalks and lots in the western district of Pavas late Thursday afternoon. Authorities said the operations would continue in the southern San José suburbs of Desamparados and Alajuelita, the northern district of Tibás, and later, in the Caribbean port city of Limón. Agents will be searching for suspects with outstanding arrest warrants and those wanted on drug trafficking, assault or homicide charges. The operation is indefinite and police plan on maintaining a presence in those areas, authorities said.

The sweeps are part of a national public security plan that responds to an ongoing violent crime wave that includes a spike in drug-related homicide cases in the capital and in Limón. Between January and August of this year, 370 homicides were reported, 202 of them allegedly linked to organized crime, according to Costa Rican authorities. In one brazen attack on Oct. 9, heavily armed men shot up a taxi in a residential neighborhood of San José, killing one man and injuring two other people. The hit was captured on a surveillance video and shows suspects repeatedly firing AK-47s in an usually quiet neighborhood, with bullets ricocheting in all directions. Many of the tactical officers involved in an Oct. 15, 2015 sweep of high-crime neighborhoods wore masks to cover their faces. The Tico Times One of the weapons confiscated during police sweeps in western San José on Oct. 15, 2015. The Tico Times Residents of the western San José district of Pavas were surprised Oct. 15, 2015 by heavily armed police officers flocking to the area looking for suspects with outstanding arrest warrants and others linked to illicit drug sales or homicides. The Tico Times