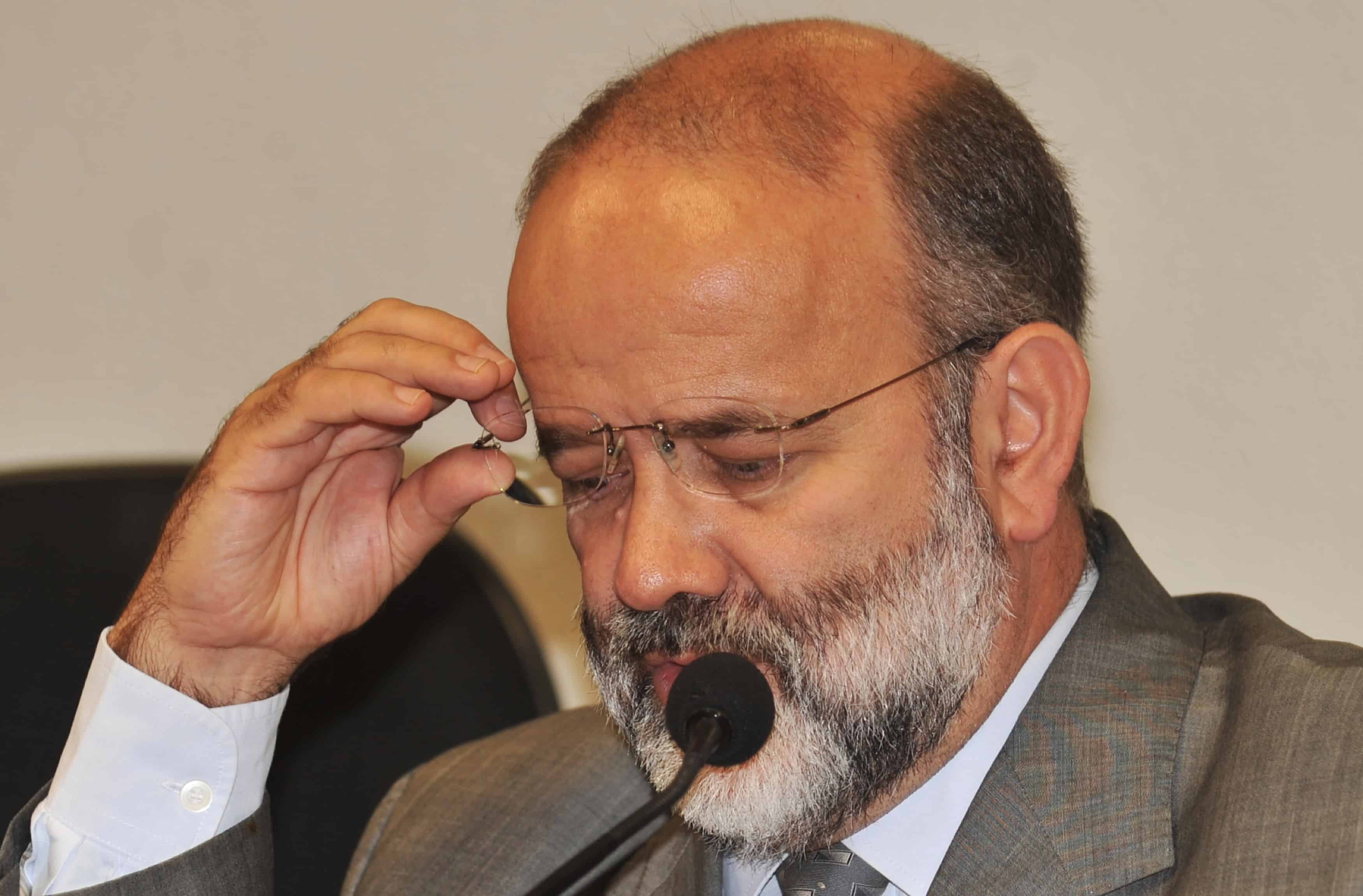 João Vaccari Neto was arrested in connection with a probe into money laundering and illegal donations to the party, public prosecutor Carlos Lima told reporters in Curitiba. Vaccari had been detained in February for questioning about donations the party received from contractors of state-run oil company Petroleo Brasileiro, which is at the center of an alleged scheme of kickbacks.

Vaccari is being held under the legal concept of “preventive prison,” which in Brazil allows for arrest and detention when a judge rules that evidence against a suspect is sufficiently strong. His lawyers will appeal the decision, the news agency of the Workers’ Party, or PT, reported on its website.

The party declined to make additional comment on Vaccari’s arrest, according to an emailed statement. It previously said that all the donations it received were legal.

The arrest coincides with the strongest comments yet from the leading opposition party on a possible impeachment process against Rousseff, who has faced two mass street protests over the past month and is seeking to rebuild her strained coalition in Congress.

Aécio Neves, who lost against Rousseff in last October’s election, said on Tuesday that his party is considering requesting the beginning of impeachment proceedings in Congress.

“Impeachment is not a banned word,” Neves told reporters, according to a transcript of his comments posted on his party’s website.

Under Brazil’s constitution, two-thirds of the lower house of Congress must approve impeachment proceedings, with the Supreme Court called in to make a final ruling in the case of criminal charges. If the accusations are for so-called crimes of responsibility, such as neglect, the Senate rules.

Should Rousseff be removed from office, Vice President Michel Temer of the PMDB party would take over. If the ticket on which both Rousseff and Vice-President Michel Temer ran is annulled before the end of 2016, because of illegal campaign financing for example, new elections would be called. Thereafter, Congress would appoint a new president to carry out the remainder of the term.

Pedro Barusco, a former Petrobras services manager who entered a plea bargain with prosecutors, told investigators the PT received as much as $200 million from the scheme in the decade through 2013, according to a transcript of his testimony.

Investigations into fraud are also spreading to other state companies. The federal police carried out eight search warrants and two arrest warrants on Wednesday as part of a probe into alleged corruption at state-run power company Eletronorte.