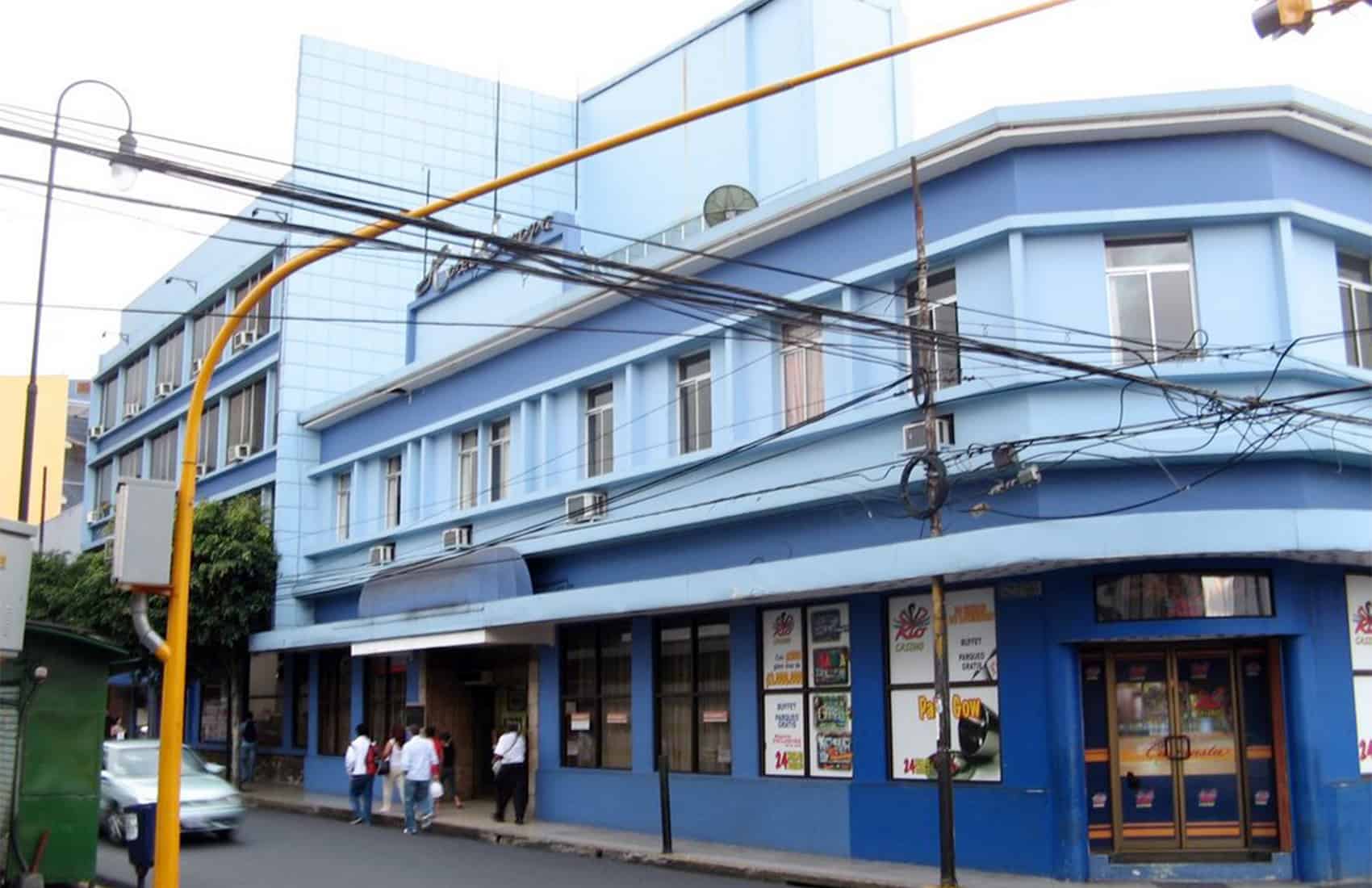 A legal representative of Hotel Europa's parent company said the group would use the hotel and casino as collateral to meet employee pay obligations. ((Courtesy of worldmaps.com))

Owners of San José’s Europa Hotel & Casino and Hotel Radisson’s Casino – including the former head of the defunct “investment” scheme Savings Unlimited, Luis Milanés Tamayo, aka “The Cuban” – announced they would close the businesses and lay off 250 staff members due to high operating costs, the group’s attorney, Hugo Navas, said.

The closure of the three businesses – including the 103-year-old Europa Hotel – is due to “high operating costs, high obligations for social security payments and high utility bills that have affected our finances in recent months,” Navas said. He said that last month, for example, owners received a ₡100 million ($185,000) electricity bill. He also cited low occupancy rates.

“The reasons [for closing] are simple – they’re the same reasons that Intel left, Bank of America closed, the same reasons why the daily newspaper Al Día closed, [and] why [the daily] La Nación fired 100 employees: There’s a financial crisis in the country,” Navas said on Wednesday evening, following a meeting at the Labor Ministry with employee representatives.

Two months ago, the group to which Milanés belongs closed the Royal Dutch Hotel’s casino, also located in the capital, and fired 100 workers.

During Wednesday’s meeting, representatives of the businesses agreed to pay pending salaries and Christmas bonuses, or aguinaldos, next week. On Nov. 27, the parties will meet again to seek an agreement on severance pay.

According to Navas, the owners hope to conclude negotiations for all outstanding payments in less than two months. He said the hotel and casinos would be used as collateral to meet payment obligations. After the meeting, Labor Minister Víctor Morales Mora said the ministry “pledged to assist employees during the process.”

For the past two days, former employees have been picketing in front of the hotel and at Milanés’ home near La Sabana Park, west of San José.

Milanés’ name has been in the news for more than a decade, and he was among several operators of “investment” schemes investigated by The Tico Times over the years. Milanés eventually was accused of defrauding hundreds of “investors” in his Savings Unlimited operation, which was a copycat of another infamous scheme known as “The Brothers.” At Savings Unlimited, Milanés promised monthly returns of 3-4 percent on deposits starting at $5,000. He fled Costa Rica in 2002 after an estimated $200 million of victims’ money disappeared. Authorities finally arrested Milanés in 2008, but he was released after reaching an agreement to pay back the funds.

However, as La Nación’s David Delgado reported in September, authorities are now accusing Milanés of failing to pay back more than half a million dollars of that settlement, and he will face a criminal trial that begins in July 2015.