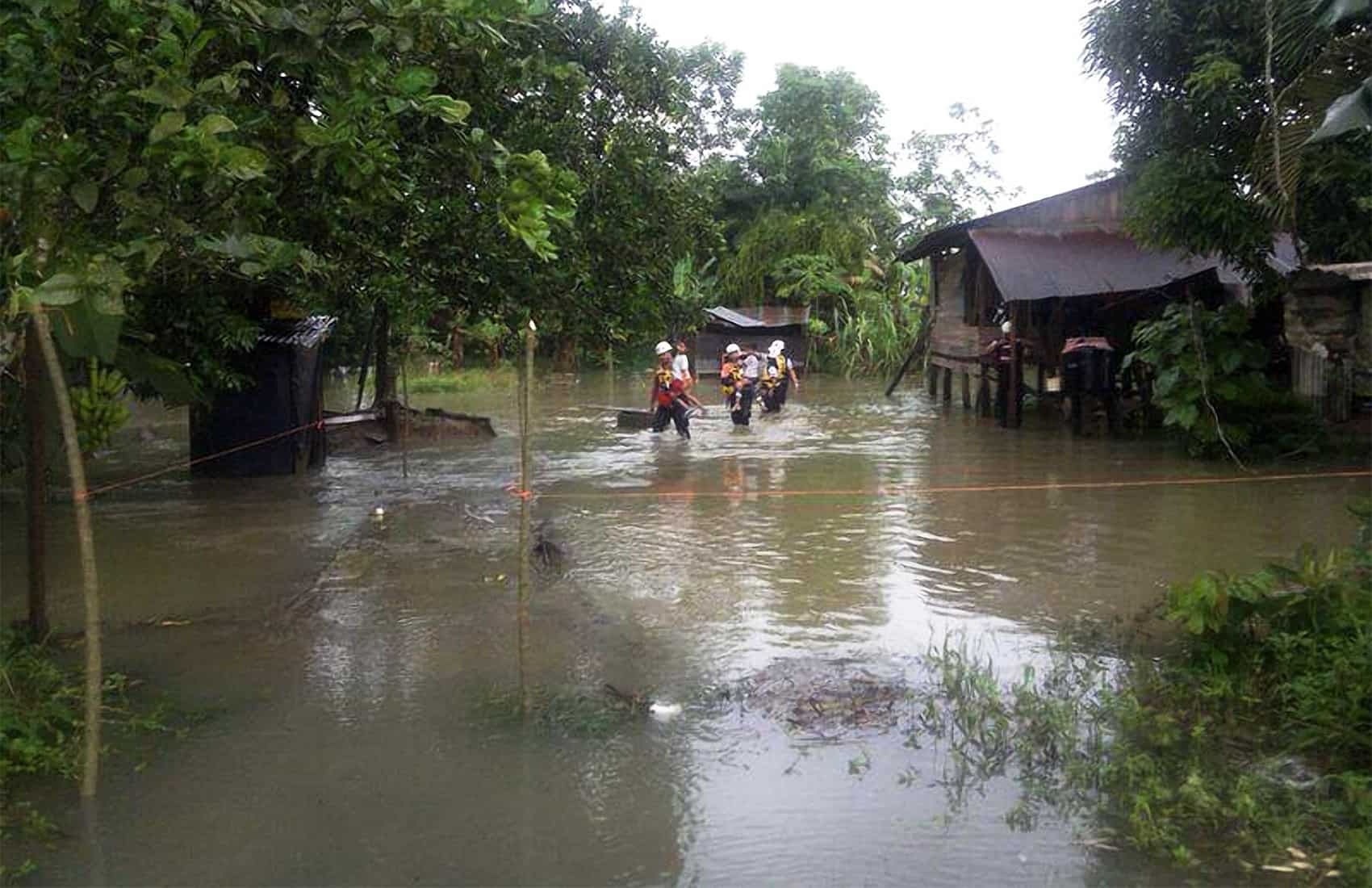 The Red Cross on Friday evacuated 30 people who were transferred to a shelter in downtown Limón. ((Courtesy of Red Cross))

Intense rainfalls in the past couple days, and the likelihood that they will continue over the weekend, has prompted the National Emergency Commission (CNE) to declare a green “preventive” alert  in the Caribbean and Northern Zone regions of Costa Rica.

A Friday morning report from the National Meteorological Institute (IMN) stated that rains in both regions continue with moderate intensity.

Rainfall levels recorded Wednesday and Thursday in the Caribbean equaled 20 percent of what the region usually receives in the month of July, the IMN stated.

Red Cross reports on Friday said that overflowing rivers are affecting several communities mostly in the Limón towns of Matina and Pococí. Some 30 people from those areas were relocated to a temporary shelter in downtown Limón. No injuries have been reported.

Freddy Román, a spokesman for the Red Cross, confirmed that five people also were evacuated in the town of Batán due to overflowing rivers.

CNE officials evacuated a family in the community of Pensurth after their  house was flooded by an overflowing estuary.

Strong winds have been a concern, too. Falling trees damaged power lines in Pococí. Several residents currently do not have electricity.

The Red Cross on Thursday night sent rescue teams into the area to determine the number of affected homes and people, and to prepare in case more problems arise over the weekend, Román said.

“We have coordinated with local Red Cross groups in 11 communities, and we made a call on all volunteers in the area so they can be prepared to assist in any situation that arises over the weekend,” Román said.

Officials at the National Roadway Council arrived in Limón to assess damage to roads. The organization already ruled out damage to the bridge over the Parismina River, which last year required repair after several flooding incidents.

Heavy rains have caused landslides in Turrialba, in the province of Cartago. One landslide hit two houses in the district of Santa Cruz, while two others partially blocked passage to the communities of Santa Teresita and Jiménez. No injuries have been reported in the area.