Tourists flocked to Costa Rica in record numbers in 2013 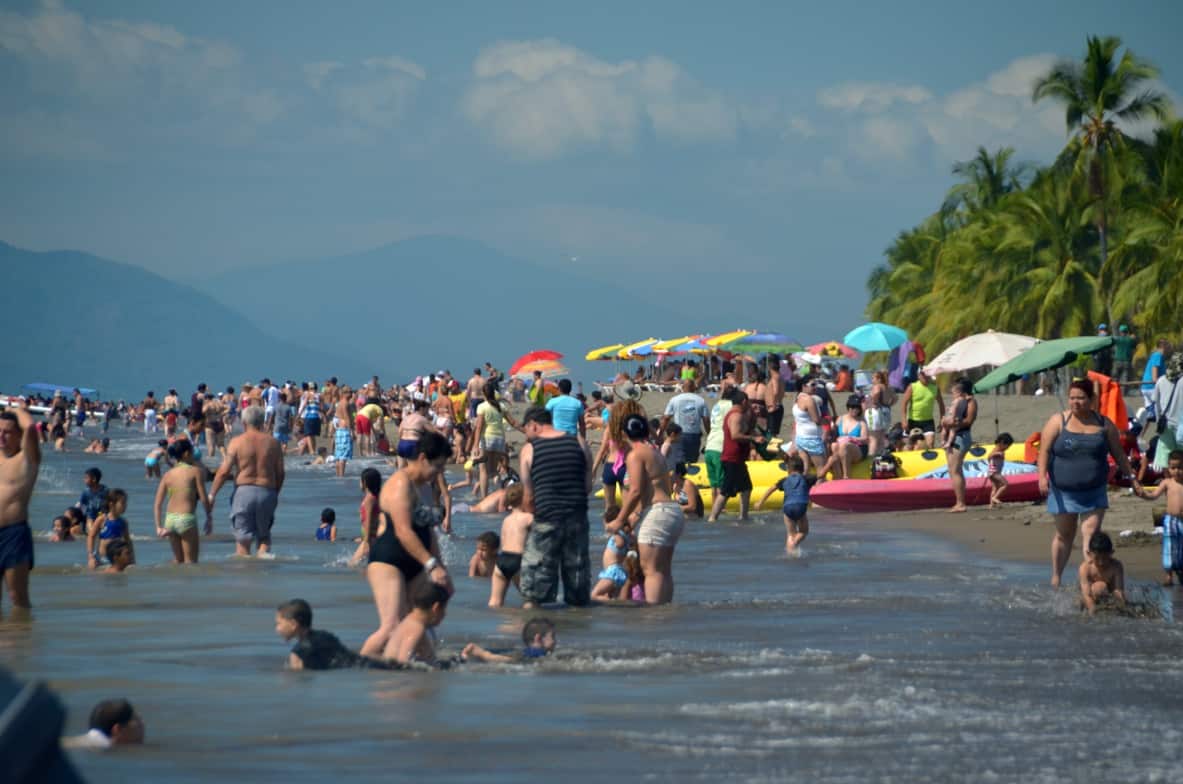 The year 2013 set a record for tourism in Costa Rica, with 2.4 million visitors arriving, an increase of 3.6 percent over the previous year, according to the Costa Rican Tourism Board. (Andrés Madrigal/The Tico Times)

Costa Rica welcomed some 2.4 million tourists during 2013, an increase of 3.6 percent compared to 2012, the Costa Rican Tourism Board (ICT) reported Thursday.

The Central American country logged 2,427,941 international arrivals, according to a report from the state tourism agency.

During the last four years of President Laura Chinchilla’s administration, which concludes on May 8, tourism has grown 15.6 percent.

The ICT noted that the biggest growth in the number of travelers came from tourists flying to Costa Rica, which was up 4.2 percent.

Costa Rica is especially popular with Gringos. Some 39 percent of tourists here are from the United States, while another 12.4 percent come from Europe. The remaining tourists are from other parts of Central America, South America and the rest of the word.

The ICT did not release other information, like how much revenue tourism generated last year.

In a statement released Thursday, the National Tourism Chamber (CANATUR), an organization made up of private-sector business owners, said they were not satisfied with 3.6 percent growth.

“We always consider any increase in the number of visitors as positive, but we can’t say we’re satisfied – it’s not enough,” CANATUR President Isabel Vargas said. “Costa Rica has the natural conditions and a tourist product to attract more travelers than those who are coming now.”