Abuses Under El Salvador State of Emergency are Widespread 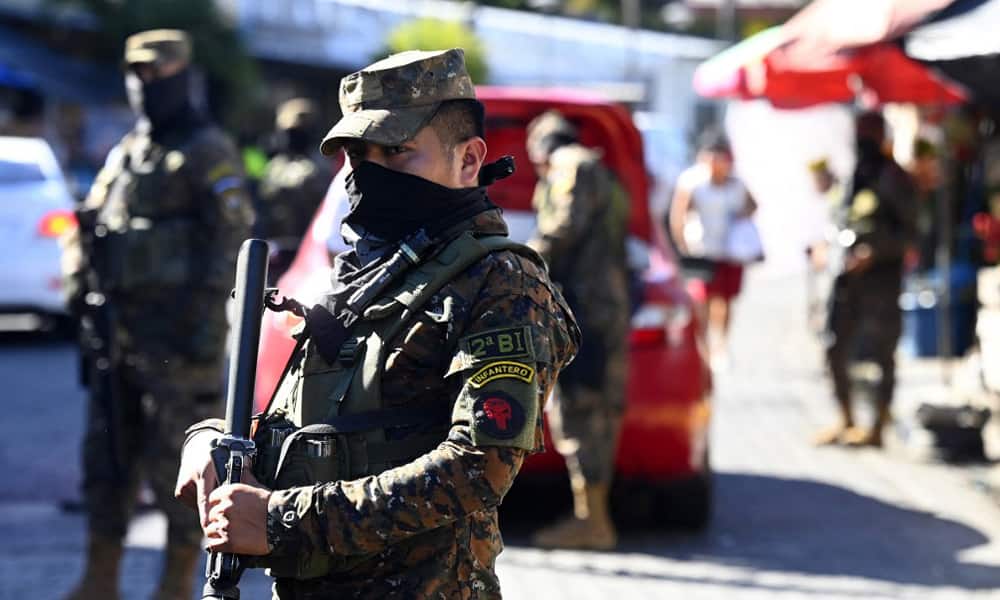 A pair of NGOs reported Wednesday that “widespread” rights violations have occurred in El Salvador since a state of emergency was declared to combat gang violence, and called for authorities to offer “credible evidence” for its continuation.

Prepared by Human Rights Watch and Salvadoran rights group Cristosal, the report titled “We Can Arrest Anyone We Want” documents arbitrary arrests, forced disappearances, torture and ill-treatment of detainees over the last nine months.

Lawmakers have since extended the emergency declaration multiple times while expanding police powers and increasing prison sentences for gang activity.

According to the government, over 59,000 suspected gang members have been detained under the emergency, which allows for warrantless arrests.

But the NGOs’ report says that “hundreds of people with no apparent connections to gangs’ abusive activity” have been detained, often based off their “appearance and social background” or anonymous calls and uncorroborated allegations on social media.

“We found that human rights violations were not isolated incidents by rogue agents,” the NGOs said in a report summary, but were committed “repeatedly and across the country… by both the military and the police.”

Some 90 people detained under the emergency declaration have died while imprisoned, the NGOs said, adding that they were unable to confirm the causes of death due to a lack of official documentation.

In an appeal to the Bukele administration, the NGOs said that the state of emergency should be ended without “credible evidence that its restrictions on fundamental rights are proportionate and strictly necessary.”

Bukele issued a one word reply via Twitter, saying “No.”

The 40-year-old Bukele, who was elected in 2019, enjoys broad support in El Salvador over his promises to fight organized crime and improve security in the violence-wracked country.

He has come under fire for creeping authoritarianism, with the United States, United Nations, and the Organization of American States demanding his administration respect human rights amid its gang crackdown.

Previous article
Changing the World: Club of Rome Visits Costa Rica
Next article
Costa Rica to Focus on the Building and Repairing of Infrastructure