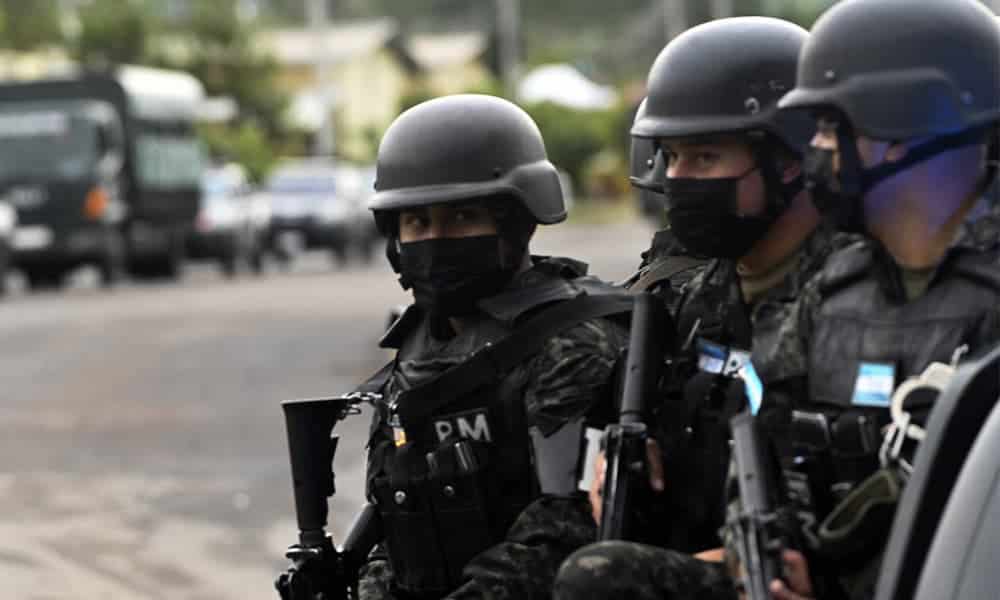 Honduras sent on Sunday more than 600 military police to the border areas to fight gang members, in the framework of the emergency decreed on Thursday due to the increase of extortions.

The members of the Military Police of Public Order (PMOP), created in the previous government with troops selected in battalions to carry out police functions, boarded vehicles in the capital on their way to the borders with El Salvador, Guatemala and Nicaragua.

“In compliance with the order issued by the President of the Republic and in the framework of the Integral Security Plan, this day more than 600 military police of public order have gone out to reinforce security operations at border points,” PMOP spokesman Mario Rivera told AFP.

He explained that the reinforcements are aimed at “preventing the entry of members of criminal structures” from neighboring countries, especially El Salvador.

In El Salvador, the government of Nayib Bukele has declared a “war” on gangs that has resulted in the detention of some 58,000 people under an exceptional regime, which has allowed arrests without warrants since last March.

The troops “will be maintained indefinitely” to “prevent the entry of criminal structures, drug trafficking, contract killings, illicit association, among other crimes,” added the spokesman.

President Xiomara Castro declared a “national emergency” on Thursday, in the framework of an “Integral Plan for the treatment of extortion and related crimes”, in response to complaints from the citizenry of an increase in crime during her government, which was installed last January.

“To strengthen this strategy of immediate recovery of the lawless territories in the neighborhoods, in the colonies, in the villages, in the municipalities and in the departments, I declare a national security emergency”, announced Castro.

The President also asked the National Police to establish “states of exception and suspension of partial constitutional guarantees” where necessary.

The police director, Gustavo Sanchez, announced that he will allocate more budget and at least 20,000 agents for this purpose.

The state of emergency was established three days after hundreds of transport workers demonstrated in Tegucigalpa to demand government measures to end the “war tax” periodically demanded by gangs.

Some 400 transport workers have been killed by extortionists so far this year, according to union leaders.