A Swarm of Autonomous Drones are Successfully tested in the Jungle 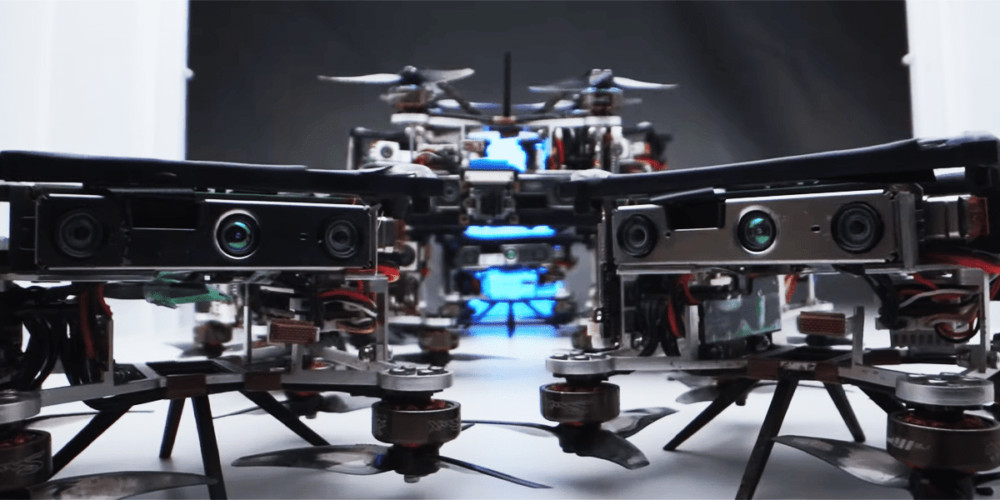 In a dense bamboo forest in China, ten small drones the size of the palm of a hand suddenly appear amid a buzz.

They fly side by side in the same direction, toward a target a few dozen meters away, dodging branches, embankments and other obstacles. And they also pass through the narrow spaces between bamboo stalks.

All this is done in a fully autonomous, coordinated manner and over terrain that they discover in real time.

The experiment, conducted by scientists at Zhejiang University, looks like a scene out of science fiction. Their study, published Wednesday in the journal Science Robotics, begins by citing movies such as “Star Wars,” “Prometheus” or “Blade Runner 2049.”

“The ability to navigate and coordinate swarms of drones in these movies has inspired many researchers. Here we are taking a step towards that future,” wrote the authors of this paper.

These devices, specially designed for the experiment, are equipped with a stereo camera, sensors and a computer. A specific algorithm has been developed.

Drone swarms have been tested in the past, but only in open environments or with obstacle positions known in advance, Enrica Soria of the Swiss Federal Institute of Technology in Lausanne, Switzerland, who has been working on the subject for several years, told AFP.

“This is the first time that a swarm of drones has successfully flown in the open air in an unstructured environment, in nature,” she said, calling the experience “impressive.”

These small flying robots “can determine their environment on their own, map it and then plan their trajectory,” he said.

The applications for these amazing devices are manifold.

Since these drones do not rely on any external infrastructure (such as GPS), the swarms could be used in the aftermath of natural disasters. For example, after an earthquake, to identify damage and where to send help. Or in a damaged building where humans cannot safely enter.

Although it is already possible to use individual drones in such scenarios, they have very limited flight autonomy times, so swarm intervention would save considerable time.

Another possibility: transporting heavy objects that cannot be lifted by a single machine.

What about military applications? Drones are already widely used by the military, and the Pentagon – U.S. Department of Defense – has repeatedly expressed interest in such swarms, which it is also testing on its own.

“Military research is not shared with the rest of the world,” Soria noted. “So it’s hard to know what stage of development they’re at,” he clarified.

Could the military use algorithms developed by researchers? “That’s part of the good and bad aspects of having science in open access,” he commented modestly.

Chinese scientists have conducted several experiments, including a flight through a bamboo forest. In another, the drones were forced to stay in formation.

By contrast, a third test had them flying in converging directions, with a human walking in the middle of the area, to demonstrate their ability to avoid each other or a moving person.

“Our work was inspired by birds, which fly smoothly in flocks, even through dense forests,” said Xin Zhou, who led the study, in a blog post. Instead, the insect model, with its jerky movements, was avoided.

The challenge was to reconcile opposing premises: small, lightweight devices, but high-performance computing capabilities and a safe trajectory, without adding flight time.

When will these swarms be widely used?

“We’re not that far away,” Soria assured. More testing needs to be done in ultra-dynamic environments, mimicking, for example, cities, where vehicles and passersby run over each other. Regulations will also have to be passed, which takes time.

But according to her, “in the next few years we will be able to have very reliable systems.”