Secretary of State stresses partnership with Costa Rica during visit 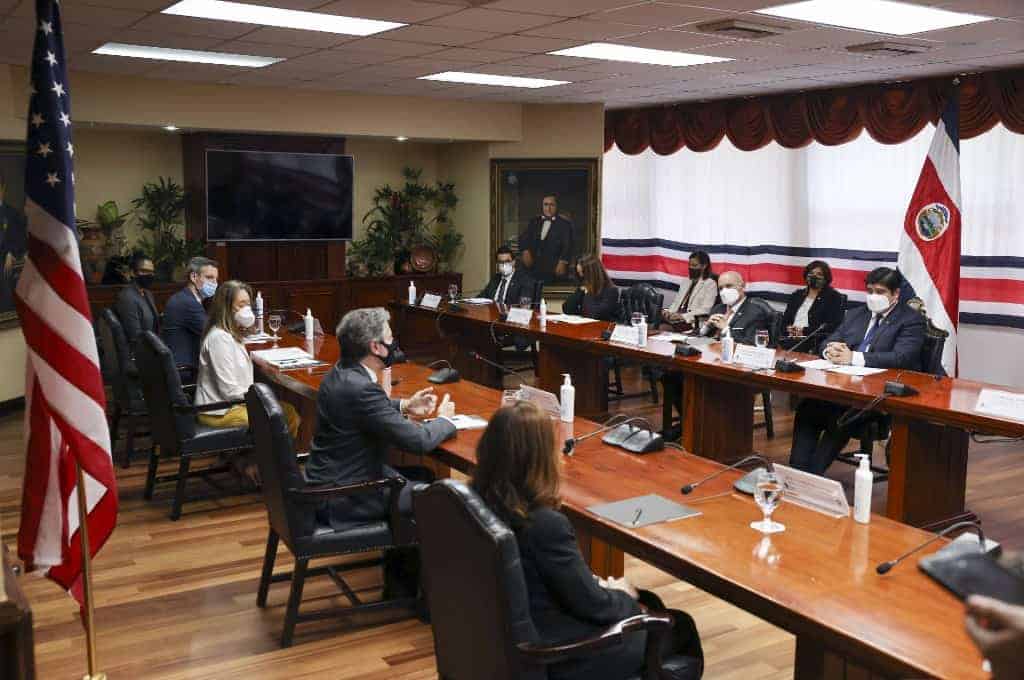 The two discussed their “shared values” including democracy, human rights, fighting organized crime and the coronavirus pandemic, President Alvarado said following what he called a “frank and open conversation.”

“It’s no accident that we’re here, and we’re here first,” Blinken said of Costa Rica, the destination of his first official visit to Latin America. “We have a remarkably strong partnership that is based on a foundation of shared values and shared perspective.”

Blinken did not publicly commit to donating or loaning Covid-19 vaccines to Costa Rica, a topic which Alvarado said he broached. The U.S. has committed to distributing 80 million vaccines globally “without political requirements,” and more details about recipients will be announced within the coming two weeks, Blinken said.

“Obviously, the people of Costa Rica eagerly anticipate the announcements that are to come with regards to the vaccines,” Alvarado responded.

The duo also discussed Costa Rica’s fight against organized crime — one that involves financial and technical assistance from the United States.

“Whether it’s climate, whether it’s dealing with the challenges of migration, whether it’s building greater economic opportunities, whether it’s doing that on the basis of democratic principles and values, our countries are united,” Blinken said.

During what remains of his visit to Costa Rica, the U.S. Secretary of State will participate in a meeting of the Central American Integration System (SICA), an organization that groups Belize, Costa Rica, the Dominican Republic, El Salvador, Guatemala, Honduras, Nicaragua and Panama.

During that meeting, Blinken is expected to address irregular immigration and the United States’ efforts to address the “root causes” of migration.