No more weekday driving restrictions in Costa Rica as of today

A Traffic Police officer in Costa Rica. Photo for illustrative purposes. ((Via MOPT))

For at least the rest of February, Costa Rica’s driving restrictions are as follows:

On weekdays (5 a.m. to 10 p.m.), Costa Rica will enforce driving restrictions only in San José, as shown in the map below. This “Restricted Zone” and the corresponding rules have existed for years as a method of reducing traffic in the congested city center: 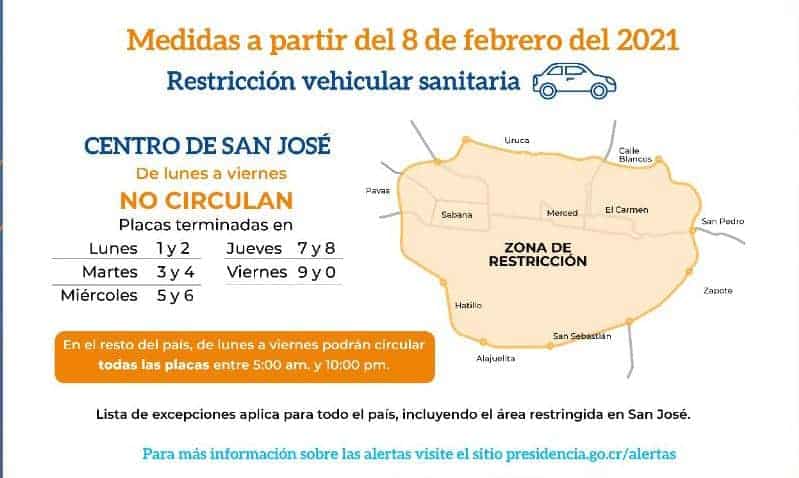 In the “Restricted Area”:

To check what days your vehicle can drive, enter the last digit of your plate on this official government website.

The Public Works and Transport Ministry (MOPT) provided the following information about the new restrictions: