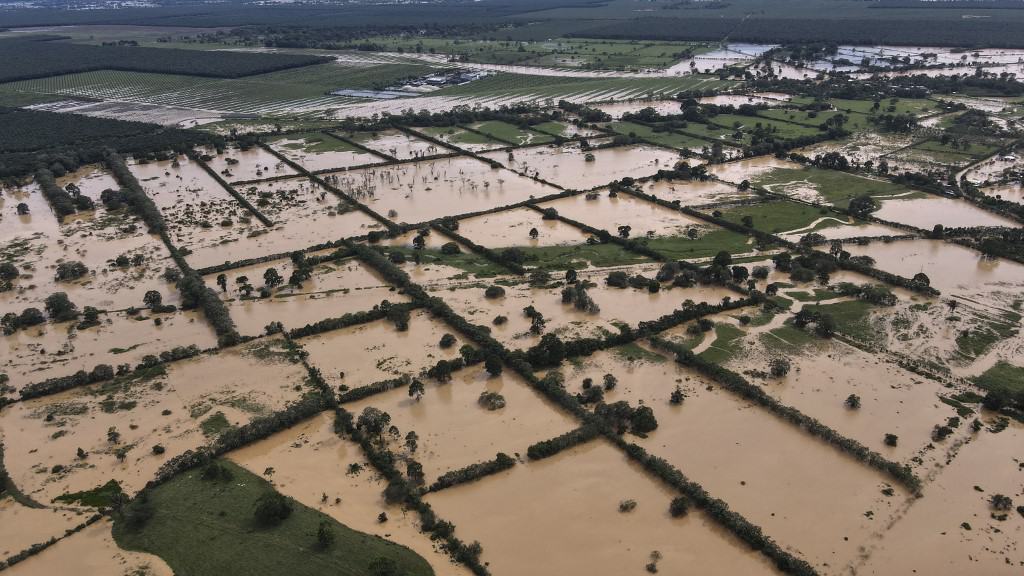 Central America, which is still being affected by bad weather, on Friday began assessing the destruction caused by Hurricane Eta, which left dozens of deaths, buried houses, overflowing rivers and landslides before heading back to the Caribbean.

The countries of the isthmus remained covered in fog or light rains Friday, a relief after the downpours that Eta caused in the region since Tuesday, when it made landfall in Nicaragua’s North Caribbean as a powerful Category 4 hurricane.

The cyclone left northern Honduras on Thursday afternoon as a tropical depression and returned to the Caribbean, where it could strengthen again into a tropical storm as it moves toward Cuba, according to projections from the United States’ National Hurricane Center (NHC).

Cuban authorities began to prepare to face the cyclone, which will hit the island Sunday.

In Guatemala, which suffered more than 50 deaths from landslides in impoverished areas in the north and northwest of the country, relief authorities alerted the population of more rains.

Relief teams have not been able to reach the Quejá village, in the northern department of Alta Verapaz, where according to Guatemalan president Alejandro Giammattei, more than 50 people were killed by a landslide that buried about 20 houses.

De León said that hundreds of people remain at risk, 18 are missing and 4,724 are sheltered in Guatemala.

In Nicaragua, where Eta arrived with powerful winds and downpours that left houses and buildings without roofs and uprooted trees, the rain persisted Friday in the Pacific and the north of the country, while rivers in the Caribbean continue to rise, according to authorities.

Local media reported that the town of Bilwi, where Eta struck, remains isolated by the rising Wawa River — which can only be crossed by barge — while residents try to rebuild their houses.

The cyclone caused the death of two miners in the Nicaraguan Caribbean, although authorities have not fully surveyed the damage caused by Eta, acknowledged the vice president and government spokesperson, Rosario Murillo.

In Honduras, eight people died as a result of landslides and floods, although Marvin Aparicio, of the Permanent Contingency Commission (Copeco) admitted that there could be more victims.

More than 7,000 people had to be sheltered and thousands more remain incommunicado due to flooding in the northern Sula Valley, the industrial center of Honduras.

Residents of that area called into television channels to ask for help or evacuations.

“We need a boat or helicopter. We have two days without food, we are about 60 people with children,” complained a woman who called this Friday from Ciudad Planeta, near the San Pedro Sula airport, to the newscast Today.

In Panama, the damage was concentrated in the province of Chiriquí, on the border with Costa Rica, where five people — including three children — died in mudslides. Civil protection authorities fear that there are more victims.

In Chiriquí, the storm caused the greatest damage, destroying homes, roads, bridges and crops, according to the Panamanian government.

In Costa Rica, two people were killed by a landslide that buried their house Thursday in the canton of Coto Brus, bordering Panama, while 20 roads were cut off, according to the National Emergency Commission (CNE).

Around 1,400 people were transferred to shelters, especially in the south and the Pacific coast, where the rains left by Eta provoked overflowing rivers that flooded large areas of Costa Rica.

In El Salvador, a fisherman died, and some 1,700 people remain sheltered due to the risk of flooding, according to authorities there.

Climate change produces an increase in temperature in the surface layers of the oceans, which generates more powerful hurricanes and storms and with greater amount of water, constituting a more dangerous threat for coastal communities, according to studies from the Intergovernmental Group of Experts on the Climate Change (IPCC).