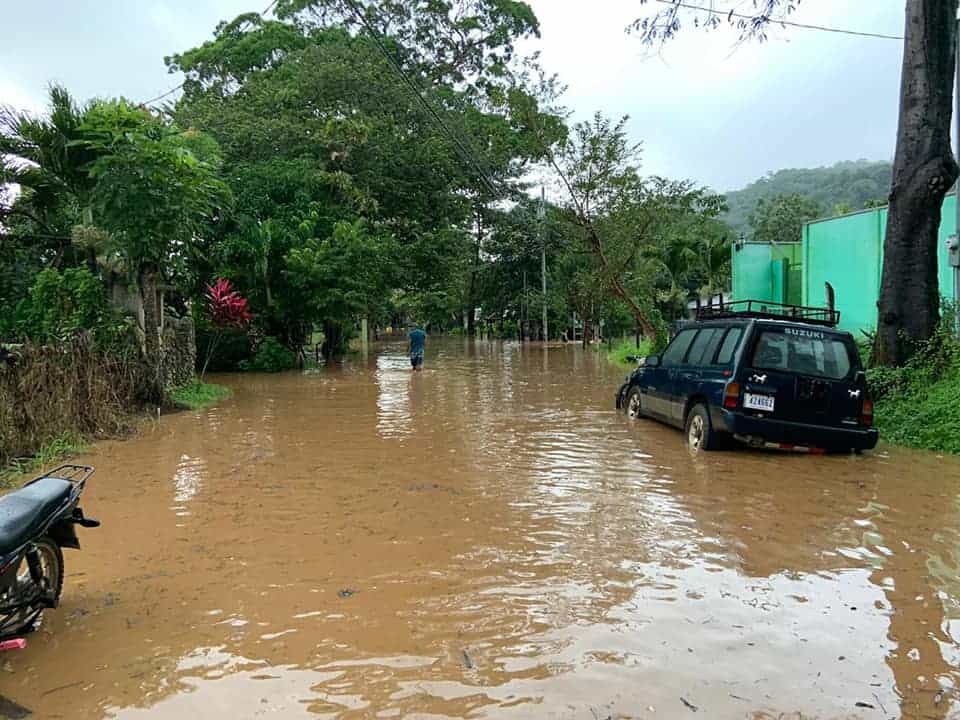 The indirect effects of Hurricane Eta caused flooding in Costa Rica on November 4, 2020. (Via CNE.)

At least 500 people have been evacuated to shelters in Costa Rica due to persistent heavy rainfall provoked by Hurricane Eta, authorities said Wednesday morning.

“We continue to monitor the situation and support the affected communities,” Alvarado said.

The National Emergency Commission (CNE) on Tuesday placed the Central Pacific, the North Pacific, and the canton of Upala under an Orange Alert, indicating that local emergency-response teams are mobilizing to protect citizens and infrastructure from the impacts of ongoing rainfall.

Residents of those areas should prepare for flooding and landslides, CNE says.

A mid-morning update from the National Meteorological Institute (IMN) indicated the North Pacific (Guanacaste) and South Pacific have received the most rainfall over the last 48 hours. As of Tuesday night, 79 communities had reported flooding.

The IMN says Costa Ricans living in the Central Valley or toward the Pacific coast should continue to expect rain through Thursday.

Eta made landfall in Nicaragua on Tuesday as a Category 4 hurricane. It has since weakened to a Tropical Storm, though authorities warn of continued “life-threatening” impacts in Nicaragua and Honduras.