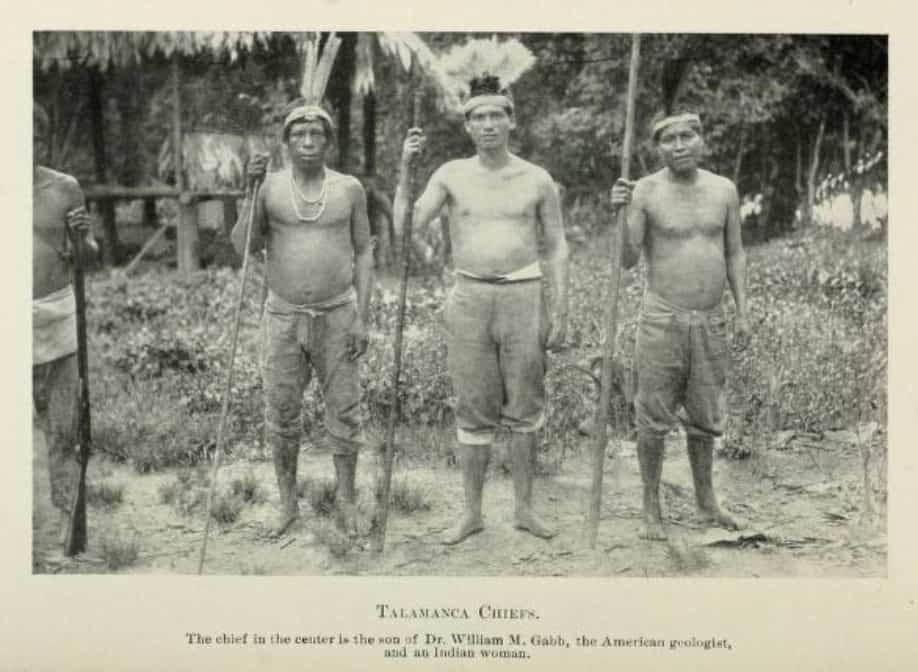 "Talamanca chiefs." (Via the book, "History of the discovery and conquest of Costa Rica." )

For a unique look into Costa Rica’s past, you can’t do much better than the 1913 book, “History of the discovery and conquest of Costa Rica.”

The book is available for free in its entirety and contains an abundance of early-1900s pictures of Costa Rica.

The author describes how a 1709 “uprising of the Indians” burned more than a dozen churches and killed several missionaries who had settled in Costa Rica. In response, with reinforcements from the Audiencia of Guatemala, armed Spanish settlers captured 700 indigenous people, including many chiefs.

“The Spaniards returned with their prisoners, but of these only five hundred arrived at Cartago, for on the road two hundred died or regained their liberty,” the book reads.

The indigenous cacique Pablo Presbere was executed via firing squad in Cartago the following year for his role in the rebellion.

Despite the violent response from the New World settlers, the revolt forced the Spanish to reconsider their missions in the Talamanca region. It took 15 years for the Audiencia of Guatemala to decree the reestablishment of missions in Talamanca.

“Of this great uprising,” the book continues, “the Talamanca Indians still cherish the memory.”

In 1997, the Legislative Assembly celebrated Pablo Presbere as “defender of the freedom of indigenous peoples.”

The featured photo shows Talamanca chiefs, according to the caption, including one who was the son of U.S. geologist William More Gabb and an indigenous woman. Though the photo is undated, Gabb began his work in Costa Rica in 1873.

Read the full book here. (Scroll to page 380 for more on this story.)