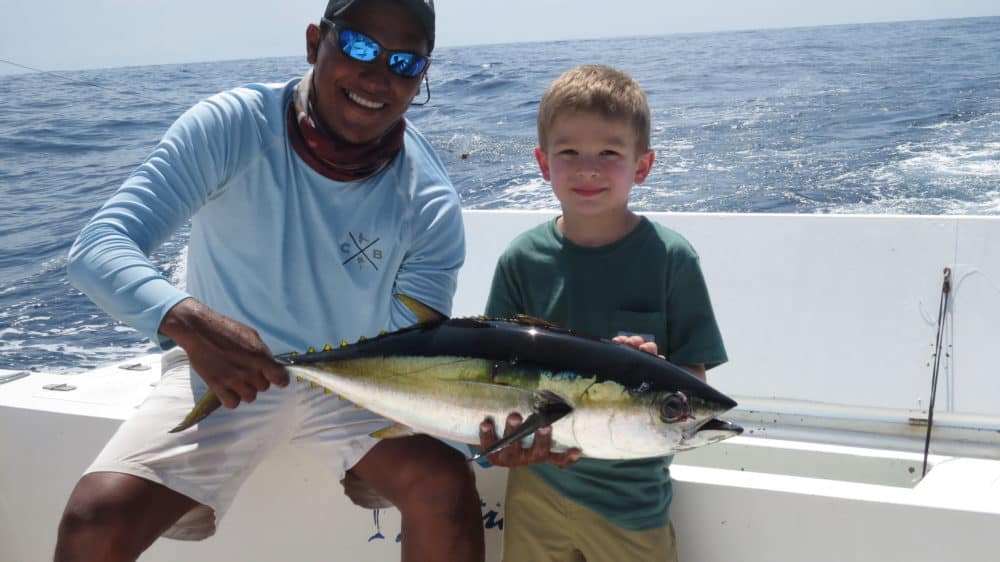 Twenty-five years ago, Costa Rica was known as the sailfish capital of the world.

This was quite an accomplishment, as the sport fishing industry was still relatively new here. Quepos was the epicenter, and names like Larry Hustler, Jeanette Perez, John Cory, Bill Cannon, and Harry Gray and their crews had put Costa Rica on the world fishing map. Days of 20-plus sailfish per boat were common. Marsha Bennett was opening the Gran Escape, which became the place to be for fishermen when not on the water.

After the turn of the century, the numbers began to fall, and double-digit days on sailfish weren’t common anymore. Guatemala had discovered an amazing fishery with little pressure, and Costa Rican fishermen started looking for answers. In 2008, it was discovered that hundreds of thousands of kilos of sailfish were being exported annually to the United States. It was speculated they ended up in seafood restaurants as smoked fish spread or in cans of cat food. In 2009, a small group of fishermen lobbied the government, and the exportation of sailfish was stopped — although the commercial use was still allowed on the national market as an inexpensive food source for Costa Ricans.

Several things have happened in the last decade to put Costa Rica back on the sport fishing map, which has grown to a more than $500 million annual industry, according to Henry Marin and Adrianna Chacon’s study.

Sport fishing and its economic impacts

Sport fishing in Costa Rica has impacts on the local and national economies.

In 2018, information was gathered in seven communities (Tamarindo, Flamingo, El Coco, Herradura, Quepos, Golfito and Puerto Jimenez) about these impacts. Also, a macroeconomic study on the national level was done.

Captains and mates who work directly on boats earn 45% more than the average family income for some areas like Quepos.  Key aspects like presence of sport fishing infrastructure in the different communities make better job opportunities, job stability and more income.

A full copy of the report is available by contacting Henry Marin at the Federacion Costarricense de Pesca hmarin@fecop.org 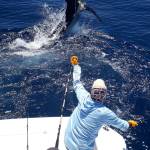 Apart from the stopping the exportation of a prized species in the sport fishing industry, the 2014 “Tuna Decree” moved all tuna purse seine netting activity 45 miles off the coast and protects a total of 200,000 square kilometers of Costa Rican territory, including the Coco Island and various sea mounts.

Recently, the tuna boats were moved out to 60 miles. The documented catch rate of marlin, tuna, and dorado has since increased by the sport fishing fleet. By law, all billfish, (marlin and sailfish) are released. All of these, plus dolphins, turtles, sharks, and manta rays are common bycatch in purse seine operations and discarded back into the ocean.

More than 25 tons of marlin are saved each year by limiting the area purse seiners fish.

The return of world-class fishing in Costa Rica

Several records for the number of sails caught and released have been broken in tournaments at Los Sueños and Marina Pez Vela in the last few years.

Sport Fishing Magazine, considered by some the bible for the sport angling crowd, recently named Costa Rica as one of the world’s top sailfish destinations.

Fishing Booker recently named Costa Rica as a the 4th-best destination to catch billfish. Never known before as a marlin destination, the country has really moved up in the world ranking. 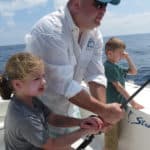 Another report by Sport Fishing Magazine picked a Costa Rican resort as the 2nd-best place in the world to take a family fishing vacation. Crocodile Bay Resort got the honor, being edged out by Elbow Key in the Bahamas.

All of this should be an eye-opener to the Costa Rican government that sport fishing is a viable and sustainable tourist activity here supplying lots of jobs and contributing greatly to the economy.

The Costa Rican Tourism Board needs to know the demographic has changed over the years, with fishing becoming more of a family activity, and with proper management, marine resources can recover and be used responsibly to the country’s benefit.

Todd Staley has run fishing sport operations on both coasts of Costa Rica for over 25 years. He recently decided to take some time off to devote full-time to marine conservation and is the communications director at FECOP. Contact him at wetline@hotmail.com.