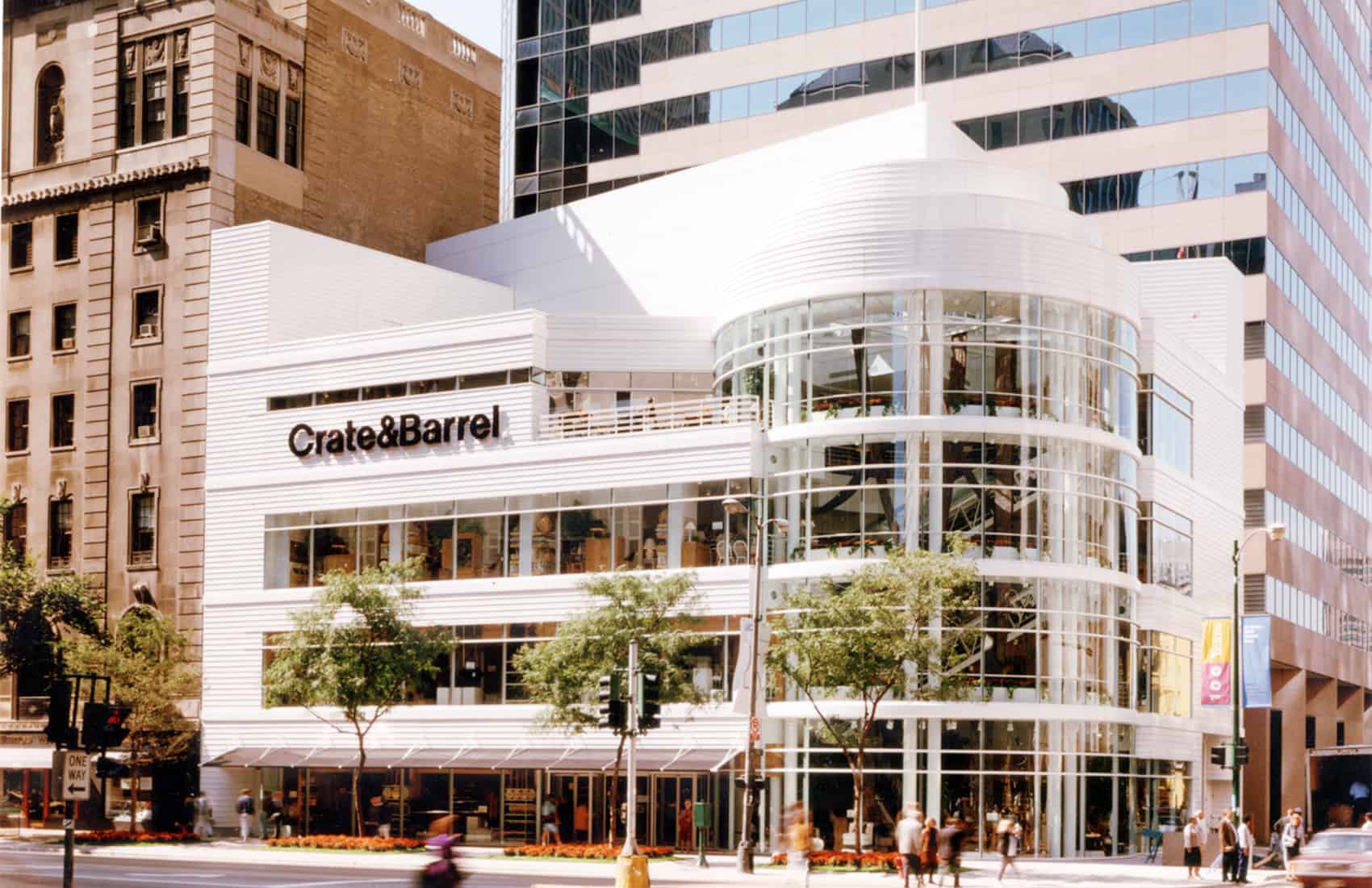 Crate & Barrel has 80 retail stores in the U.S. and Canada, such as this one on Michigan Avenue in Chicago. ((Courtesy of Crate & Barrel))

The first Central American location of the U.S. chain of retail stores Crate & Barrel will open in Costa Rica early next year at Avenida Escazú, a business complex west of San José. The opening of the new department store represents a $4 million investment for local franchisee Inversiones CBCR S.A.

Fonseca said the investor company chose Costa Rica “thanks to its political stability, its workforce availability and the competitiveness of the local market.”

The local store will offer the traditional line of products at its U.S. stores, including housewares and furniture (indoor and out), with specialized kitchen, bathroom, decoration, lighting and bedroom departments.

Within the Tico market, the store will compete directly with stores with a strong local presence such as Euromobilia, Cemaco, Altea and La Artística, among others. The U.S. company opened its first store in December 1962 in Chicago, Illinois, and now has 80 retail locations in the U.S. and Canada.

Its international expansion started in 2008 and is currently targeting Latin American markets through a franchise model that includes stores in Mexico, Peru and Colombia.

Guatemalan security forces on Monday broke up a caravan of some 4,000 Honduran migrants trying to reach the United States…

Someone from Costa Rica could now win $1.58 Billion in American Lottery Jackpots This Week! Mega Millions and Powerball jackpots…

If you are planning on learning how to surf in Costa Rica, you need to learn some of the basic…

England requires negative test for travelers: What it means for Costa Rica