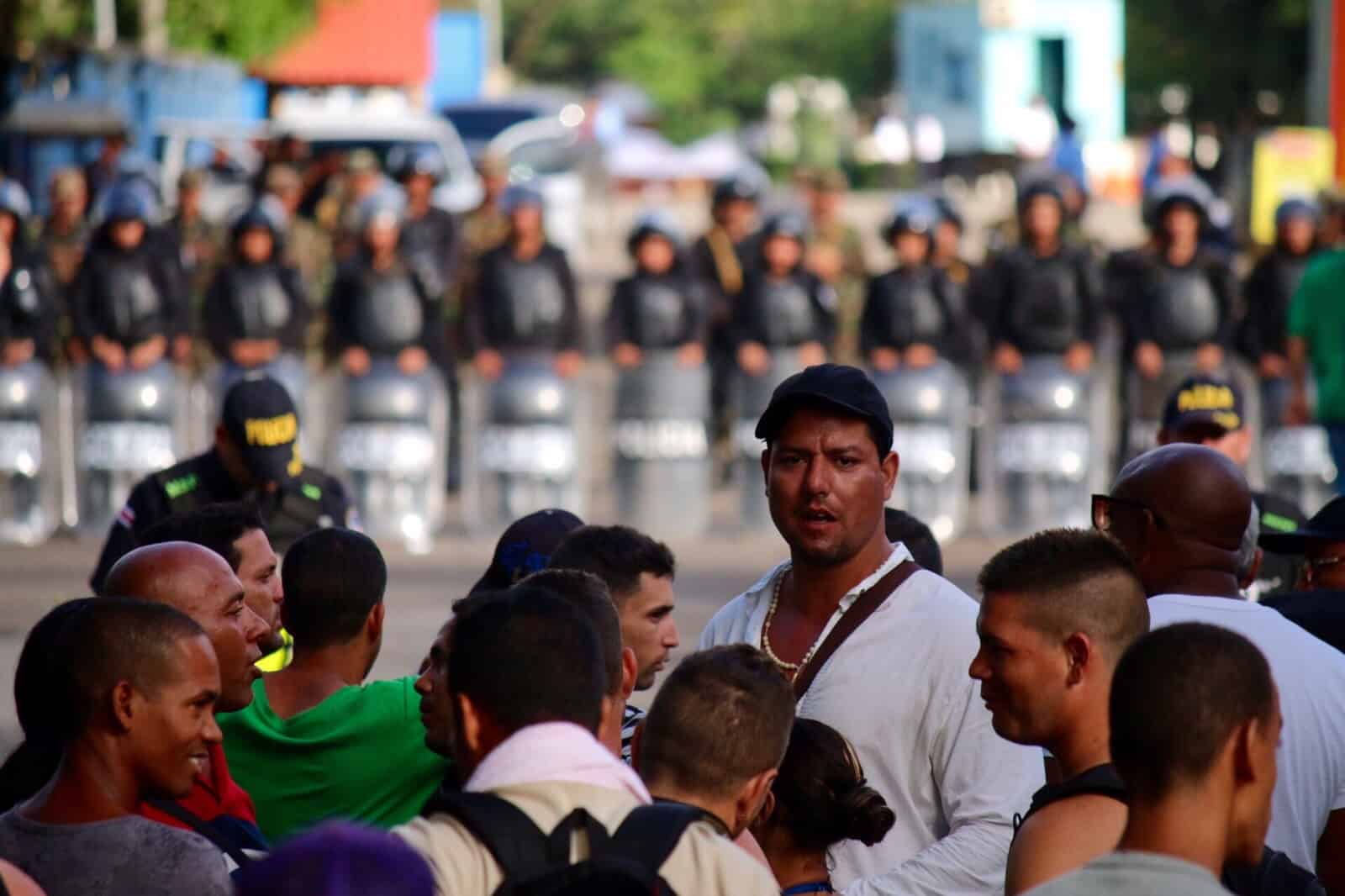 Cuban migrants marooned in Costa Rica will be airlifted to El Salvador and then sent by bus to the U.S.-Mexico border as part of a regional plan to resolve the nearly two-month-old migration crisis. (Álvaro Sánchez/The Tico Times)

Cuban migrants in Costa Rica are nearly set to make a notoriously dangerous trek north to the United States, but officials from the region’s human rights agencies say they are coordinating to provide a safe chain of travel for the estimated 8,000 Cubans with temporary visas here.

The Central American Council of Human Rights Ombudsmen released a statement Tuesday saying it will oversee the migrants’ trip to the U.S.-Mexico border, after a Dec. 28 agreement mapped out a path for eligible Cubans to get there — with assistance from the region’s governments.

National institutions that oversee human rights, including Costa Rica’s Ombudsman’s Office, will keep tabs on the treatment given to the Cubans by each country along the planned route, according to the council’s statement.

Migrants are expected to have a police escort on their way north and will be given temporary visas at their first stop in El Salvador.

Thousands of Cubans have been stuck in Costa Rica since Nicaragua refused them entrance on Nov. 15. The Costa Rican government granted nearly 8,000 temporary visas to the migrants, who have been put up at dozens of makeshift refugee camps in the country, mainly near the border with Nicaragua.

Thanks to last week’s regional accord, any Cuban that was issued a temporary visa will be allowed to fly from Costa Rica to El Salvador in the coming weeks, although no concrete timetable has been set for the first planned flight. From El Salvador, migrants are to be bussed through Guatemala and Mexico to the border with Texas, according to Costa Rica’s Foreign Exchange Minister Manuel González.

González announced Monday that migrants traveling with children will leave first, and that around 180 Cubans could be aboard the initial flight.

“The aim is that sometime next week, or before if possible, the first departure of a group can take place,” he told reporters Monday.

Once on U.S. soil, Cubans can claim refugee status and gain permanent residency.

The latest Cuban migrant crisis began in early November after Costa Rican authorities broke up a smuggling ring in the country. The underground network was charging Cuban migrants up to $15,000 per person to bring them through Central America and to the United States.

After granting temporary transit visas to Cubans for a month, the Costa Rican government decided to stop issuing the visas on Dec. 18, 2015. Officials announced at the time that they would begin deporting any undocumented Cubans entering the country.

The United Nations International Organization for Migration is overseeing the operation to transport the some 8,000 visa-holding Cuban migrants from Costa Rica to the U.S.-Mexico border.

Tuesday’s statement from the ombudsmen’s group read, “The council celebrates this agreement but it’s necessary to continue efforts to find a solution for the hundreds of Cuban migrants that are also in Panama.

“We want to reiterate that the issue of migration requires a regional approach. Central American countries have to make every effort necessary to safeguard the human rights of any person from any nation.”