PHOTOS: Sexy Costa Rican firemen strip down for a great cause 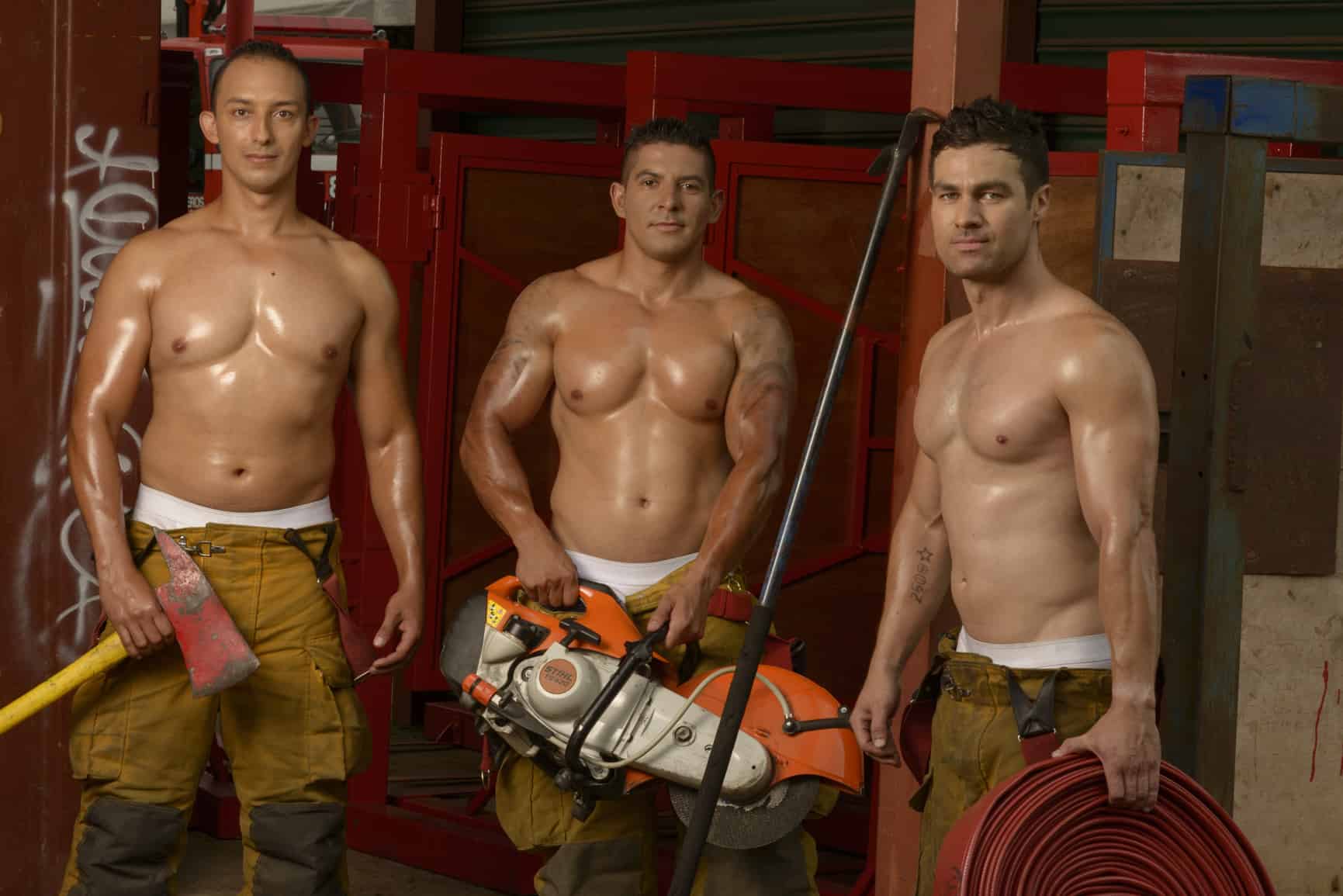 Your Christmas gifts this year (well, half your list, at least)? Handled. ((Courtesy of the Benemérito Cuerpo de Bomberos de Costa Rica))

A new calendar featuring photos of Costa Rican firemen is now available, and they’re selling like – well, like hotcakes.

Those who purchase a calendar will take home twelve delightful photos of rugged Tico heroes – plus a centerfold – but also support a great cause; in addition to being guapísimo, these men are dedicated to helping others. Costa Rica’s fire department, known as el Benemérito Cuerpo de Bomberos de Costa Rica, is a sponsor for the Children’s Hospital Burn Center, and proceeds from the calendar project will support the center.

To promote calendar sales, the featured firemen have visited fairs and festivals to meet the public, sign calendars and pose for selfies with enthusiastic crowds. An inaugural show at Paseo de las Flores Mall in Heredia, north of San José, brought out a young and largely female crowd to see, hear, and cheer, not unlike a rock concert, as the fire brigade paraded and performed an improvised dance.

At a recent health fair at the Children’s Hospital, Daniel Garita, Pablo Herrera, Herson Salas, Edwin González and Walter Chacón greeted fans: a long line of nurses, secretaries, doctoras and technicians snapped up the calendars and waited turns for photos. Fifty calendars were sold in an hour. Why, hello there. (Courtesy of the Benemérito Cuerpo de Bomberos de Costa Rica)

“The calendar is a special project this year because the fire department is celebrating its 150th anniversary. As a patron for the burn center we wanted to do something new to help,” explained Hector Chaves, fire department director. “This was not a contest. The men were chosen by a committee of women who work at the fire department from firemen they know.”

The decision was made to use just men in order to spur sales. The featured few were chosen from units all over Costa Rica.

The photos show firemen with the tools of their trade. Some months they are posed in groups, at the beach, or at the firefighting academy. In all photos they are in less than full uniform – but that’s only to demonstrate their excellent physical condition. In interviews with The Tico Times, all participants agreed that they became fire fighters “to help people” and are proud to be part of the calendar to help victims of burns. Dr. Carlos Siri, head of the Children’s Hospital Burn Unit, said he welcomes this project to help make his patients and their families more comfortable. He plans to buy comfortable, reclining chairs for the mothers and caregivers who stay around the clock to care for their children, sometimes for weeks on end. The burn unit receives up to 400 severely burned children a year, 70 percent of whom are under 4 years old. The most common cause of their burns is hot liquids in kitchens. When the Children’s Hospital completes its long-awaited new hospital tower, the burn unit will occupy an entire floor.

The calendars sell at ₡5000 ($10) each at the Central Fire Station in San José, Ca.18, Av. 3 west of the Coca Cola market, and at Verdugo furniture stores around the country. This calendar will serve well beyond its 12 months. It’s a keeper.