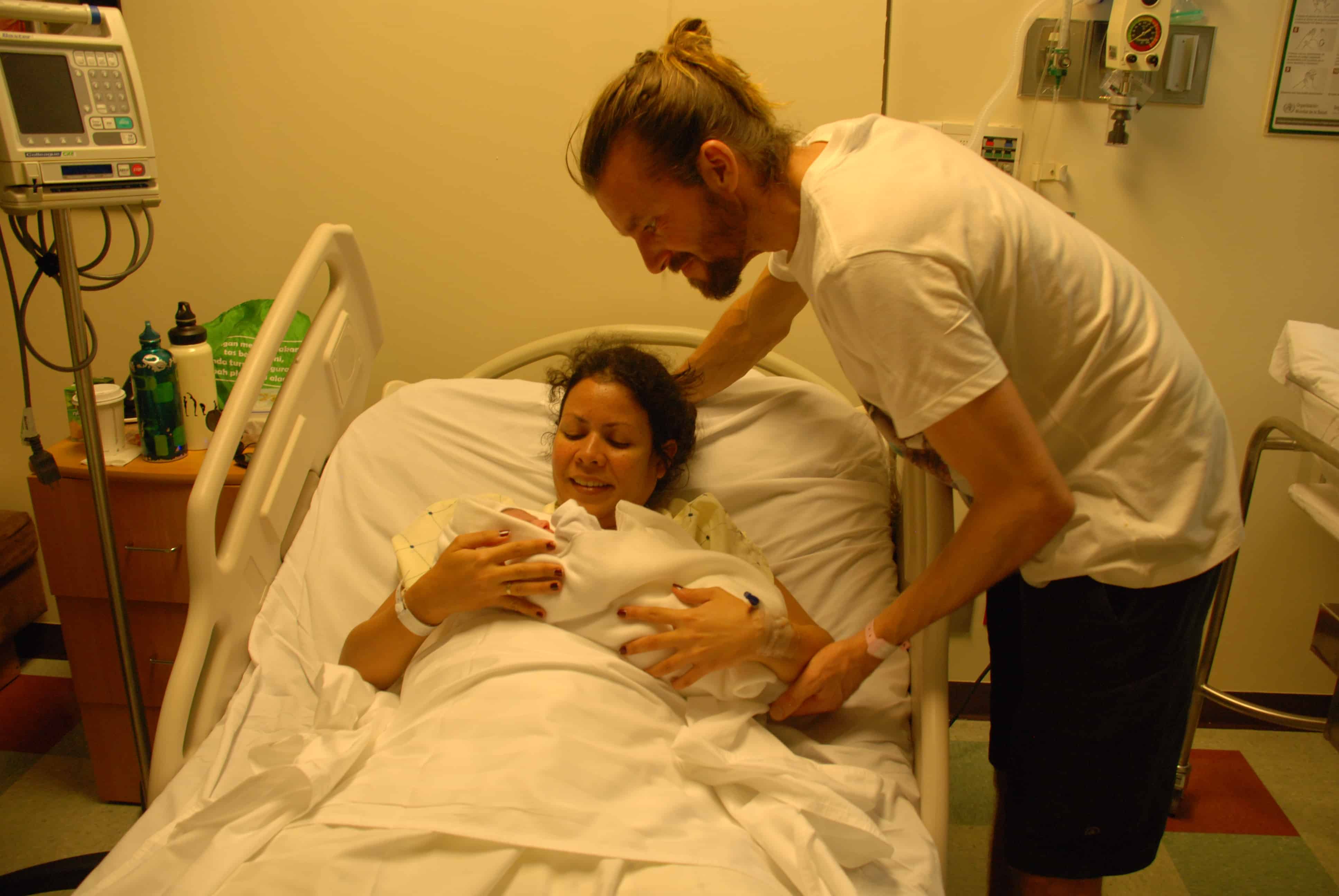 In honor of Mother’s Day and in hopes of providing useful information to moms and families, The Tico Times is proud to share the first-person accounts of two of our writers who recently gave birth in Costa Rica. Here, freelancer Gabriela Díaz Musmanni recounts her experience at the Hospital CIMA in Escazú.

I found out that I was pregnant last year while living in the town of Mysore in southern India. Although a dusty pregnancy test with a disturbingly vintage appearance offered a negative result, I felt pregnant, and a second, less disturbing- looking test confirmed it.

Every pregnant couple is faced with the decision of where and how to give birth, and my partner and I had to start by choosing a country. We could have stayed in India, where medical care, like mostly everything else, was dirt cheap – we’re talking 3 USD for a visit to the gynecologist. However, the smells, sights and tastes of India, which normally filled me with awe, made me unbearably nauseous while pregnant, and after a first trimester of hurling at the mere mention of curry, I was desperate for some gallo pinto.

Like sea turtles that navigate across oceans to lay their eggs in the exact same spot where they were born, and in spite of not having been born in Costa Rica, I knew that I wanted to give birth surrounded by familiar faces, in my mother tongue and in the country that I called home. My partner Marco fully supported my decision, and four countries later, we arrived in San José ready to nest and design our birth plan.

Having heard wonders about the benefits of birthing tubs, we decided to explore this option. We found out that babies born in birthing tubs are apparently soothed by the warm water as they enter the world, which also relaxes the mother’s muscles and eases the pain of contractions. In Costa Rica, water births can happen at home, under the guidance of midwives and doulas, at birthing centers, or at CIMA Hospital in Escazú or Clínica Católica in San José. Dr. Adam Paer is famous for directing water births in Costa Rica, and after meeting this jolly, laid-back gynecologist at his office at Mediplaza in Escazú, we were game.

We decided to go for CIMA because it was close to home and my medical insurance covered 80% of the costs, which for Costa Rica, and particularly when compared to India, are certainly not cheap.

Right from the start, Dr. Paer was adamant that anything can happen at the moment of birth, so, as in life, it was far better not to stick rigidly to a plan. Water births could turn into C-sections, C-sections into natural births, contractions could disappear with a magical epidural shot.

Although his words floated around in my head for the rest of our pregnancy, my partner and I are yogis and we were clear on one thing: we wanted our daughter to be born as naturally as possible. C-sections can be life-saving and are the only way to go in many cases, but we were alarmed to find out that most babies born at private hospitals in Costa Rica are delivered surgically. Why? Were perfectly healthy women being led to believe that this was their only option just to feed a money-making industry? I was ready to fight CIMA physically if it tried to force surgery on us unnecessarily.

With the help of a doula named Ansu Coto who teaches a wonderful prenatal course, we crafted an exceedingly naturalistic birth plan that included many details, such as incense and candles, which were completely forgotten once we entered birth mode.

At the end of week 41 of our pregnancy, our daughter, Isla, who cooperated by staying in the right position and remaining low-risk, decided it was time to make her entrance into the world. At 2:20 a.m. I realized that I had not been struck by the most excruciatingly painful diarrhea pains of my life, but that I was, in fact, finally having contractions.

At around noon that day my family and I made our way to the hospital, and we were greeted by a team of nurses at the maternity ward. My partner gave them our birth plan and we informed them that we were having a water birth with Paer. Through tears of pain I believed I could see “C-section” written all over their faces. They led us to the privacy of our room, where I comfortably howled at my boyfriend every time I was struck by a contraction.  At some point I asked to be drugged because I couldn’t stand the pain. He reminded me that I could do it.

Over the next few hours, until our daughter popped out at 5:30 p.m., the CIMA staff morphed from unwanted C-section-inducing enemies to some of the kindest, most helpful hospital staff I have encountered.

They respected our natural preferences and seemed genuinely compassionate and caring. I was unable to have a water birth because I was fully dilated before Dr. Paer, who was busy tending to other births, could make it to our room to install the tub, so I just pushed. The nurses patiently told me how to push and as I tried several positions, they cheered us on and held my hand.

Dr. Paer helped my boyfriend catch our daughter as soon as her body slid out of mine and after the umbilical cord stopped pulsating, Marco snipped it, just as we had envisioned. He placed Isla on my chest, and I experienced the greatest bliss of my life.

Later, a nurse explained how to breastfeed and made sure that I could do it properly. Throughout the night we spent there, nurses on guard kept dropping by to make sure that Isla and I were all right.

The next day a nurse explained how to give Isla a sponge bath and clean the piece of umbilical cord that dangled from her belly button. We were treated to a courtesy lunch that included pasta, wine and chocolate ice cream, and after our doctor gave us the go-ahead, we went to pay and go home. Our bill came to around 2,700 USD including doctors’ fees.

Giving birth at CIMA exceeded my expectations. Our experience made me comfortable enough that if we choose to make a sibling for Isla, we will most likely attempt it at home.